Mojo films and Studio12 combined the strengths of 15 young people to produce the film March of the Robots
A giant robot has been discovered in Leeds. The robot needs help. After many attempts from our young actor he can’t help the new arrival. Little to his knowledge he need music to march once again.
Based on Yorkshire writer Ted Hughes the Iron Man, the 7 day masterclass had a chance to work with professional animators and industry professionals to develop the story. 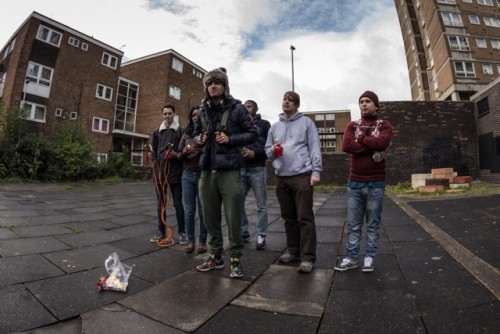 The group was made up of young graduates and young disadvantaged people. Side by side they produced an exceptional production using the Studio12 facility in the Leeds Central Library. The young people got real experience of industry production software, hardware and expertise to rival any Hollywood production.
The project was delivered as part of Playful Leeds March of the Robots project. The project was delivered over 7 days, with 15 young people. The model had over 7 million polygons, was rendering on 7 computers for over 7000hrs to produce the film in such a short time.
Working closely with BadgeLAB Leeds the young people all gained a digital Open Badge to help their career and work within the industry.
I’m particularly delighted to have played a small part in this project, the people at Studio 12 and Mojo films do amazing stuff, it’s been a fantastic experience to see the robot come to life over the last 18 months.