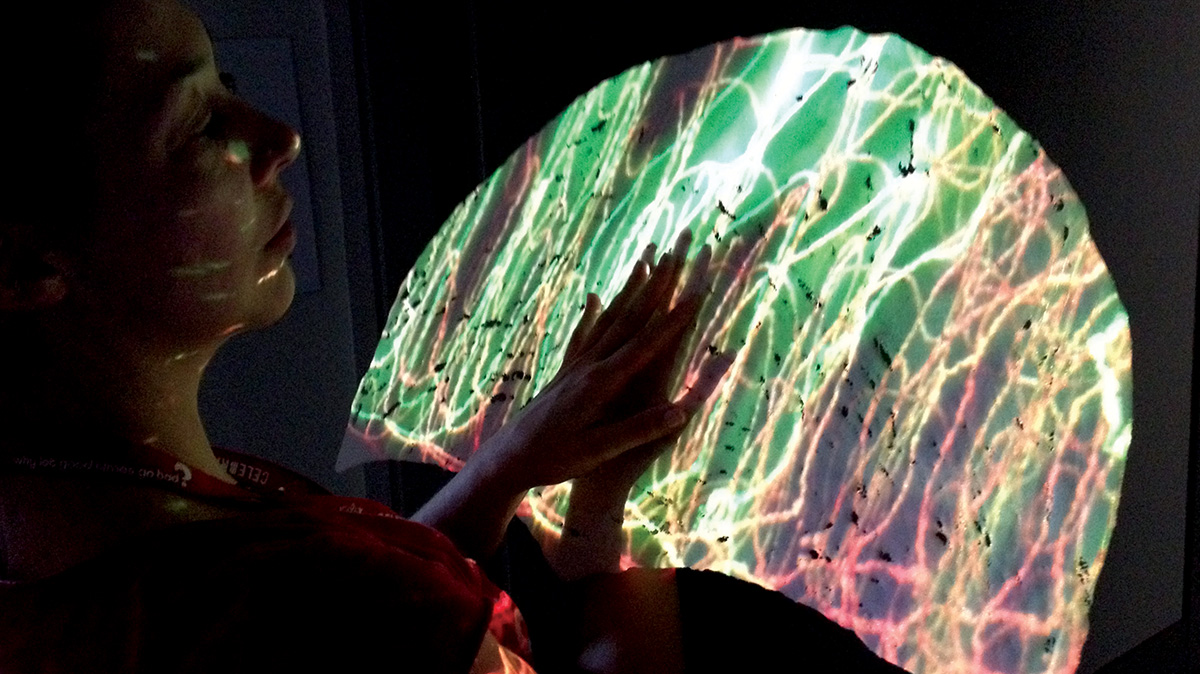 The Glass Cyphers is an experimental fusion of digital technology and glass sculptures by Griet Beyaert and Paul Miller. Rich Jevons talks to them about the project premiering at Left Bank Leeds. 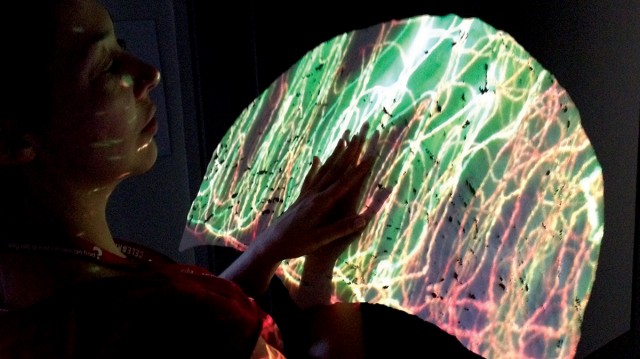 The two artists began working together during the 2013 East Street Arts Open Studios where Paul was experimenting with projecting onto glass, continuing experiments with moving images and light work outside the confines of conventional projection spaces and surfaces. They began exploring possibilities using Griet’s glass-making materials and were excited by the early results. ‘the glass cyphers’ is an investigative project resulting from these experiments.

Initially the creative partners were working with the actual glass powder from which Griet’s sculptures are made, and passing light through layers of it, which refracted and created a beautiful quality of illumination. The real moment of transformation, and a realisation that this could be more than some small experiments, was when this was projected onto a formed sheet of the powdered glass. The way the projected light traced along the textured surface and was refracted and transformed through it added a depth to the video imagery. Miller observes: “We found that the granules in the glass are in a sense analogous to the pixels of a digital image – so if you start running digital lines across the glass, the light starts to transform the glass and vica versa, a symbiotic relationship develops.”

Griet’s practice is process-driven and, whereas traditionally glass makers go through various stages of mould-making before achieving the form in the final piece, Griet works directly in the kiln to create textural glass sheets. These are then shaped during a second firing. “It’s a more direct and spontaneous way of working,” she explains. 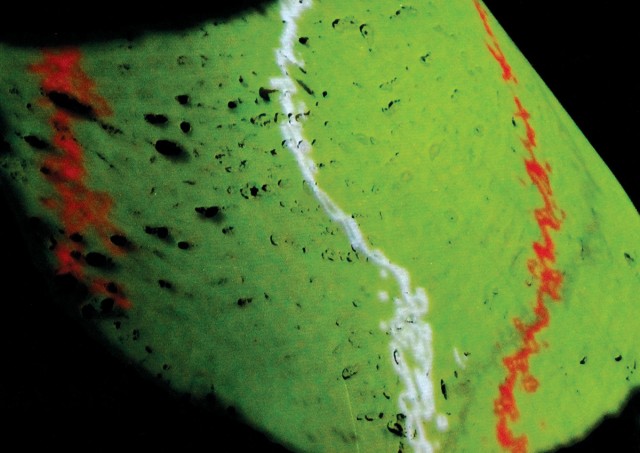 They have further developed the project to include several challenges, extensive projection mapping being one of them. This involves carefully re-creating each piece’s complex shape to create a virtual version of the sculptures. This is then used as a mask for the light, so that no content is projected outside of the intended piece. The result will be that of floating light spaces. During the project extensive testing has taken place in a temporary space provided by East Street Arts and in the project space in Patrick Studios before installing the work in Left Bank, Leeds.

As you walk through the Left Bank space, the patterns in the ceiling change – Griet used these as the basis for the shapes of ‘the glass cyphers’. The finished pieces will then be hung to create a network during the two-week installation at the venue, depicting the feeling of ‘taking flight’ in the space. Using video footage captured in the church, incorporating details such as the stained glass windows, Paul will create multi-layered, textural projections. A soundscape created from sounds produced and recorded in the building is completing the installation.

The artists have commented on how the work is about delineating the spaces we occupy, both inside and outside our physical bodies. “Yes, it’s about breaking the barriers between you and the space,” Paul agrees. “It’s about drawing attention to the nature of the space and how it might influence the viewer,” Griet adds. 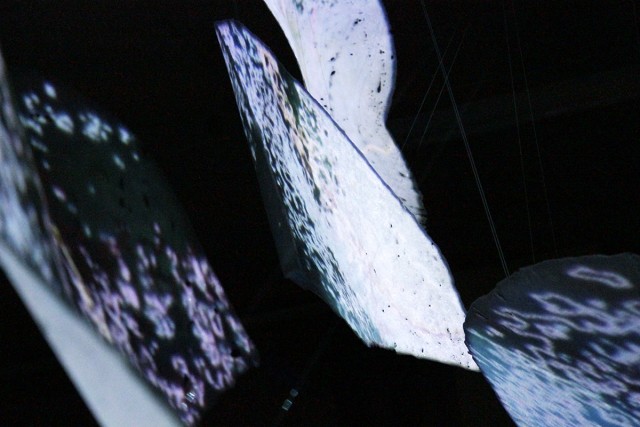 The installation will be an immersive experience, with Paul mixing layers of video live, combined with the soundscape created specifically for the installation. “The video and the sound exist in layers as they were recorded, then manipulated and combined live. The acoustics at Left Bank are amazing and we’ve recorded some great sounds including choral rehearsals from Left Bank’s Vocal Collective.”

So what would you like the visitor to take away with them?

Griet: “For them to have enjoyed the experience; I know it sounds cliche, but to inspire would be great.” Then Paul adds: “Being in a space that’s transformed in a magical way to create a unique and immersive experience. And not to notice the October cold because they’re so engrossed.”

Book for ‘the glass cyphers’