Andrew Wilson on why the HannaH Festival is well worth supporting …

I’m organising a festival called HannaH in Leeds this June (12th-16th), celebrating the best of the contemporary North of England. The festival will include arts and music events, conversations, architectural concepts, new policy ideas, new science and technology, family-friendly activities, local craft beers and a pop-up shop selling hand made products from across the North.

HannaH ask three questions: what great stuff is happening in the North now, who is doing it and how can more of it happen? It highlights new activities in any field including arts, science, business and social organisation. 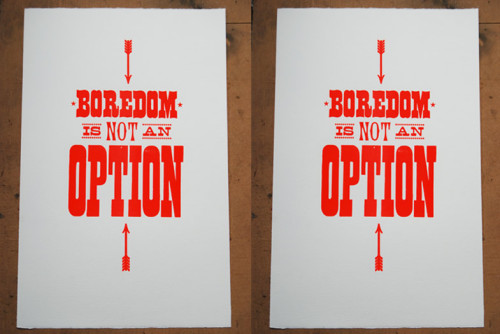 “Great stuff” might sound a bit vague, but it has a meaning to anyone who has ever been a fan, or tried to make anything new in any field: it means ‘you know it when you see it’.

As a working example, I’m using the Small Cinema project in Moston, Manchester. A group of artists and local volunteers got together and turned an empty room at the Miners Arts and Music Centre on a council estate on the edge of the city into a working cinema. It’s even got rows of red velvet chairs. It’s an inspirational project, built on creativity, cooperation and hard work.

But I can’t possibly answer the three questions myself for such a wide range of specialisms and in such a big place as the North of England. And I shouldn’t even try.

Instead, to discover new events this year and every year the festival draws on the expertise and enthusiasm of people living and working here. I’ve gone to people in Leeds, including Gill Park, Amy Charlesworth, Dave Lynch, Andy Abbott, Imran Ali, Matt Edgar and Emma Bearman (of this online parish), among many others, and asked them if they’d like to create an event. They’ll put on things they want to see happening, making links with other people and places in the North and internationally.

Gill Park from Pavilion and programmer/curator Amy Charlesworth, for example, are working with Berlin-based Madeleine Bernstorff to organise a screening about the suffragettes and early cinema. That will take place in the old courtroom of Leeds town hall, where lots of suffragettes were sent to prison.

Everyone who is creating events this year is giving their time without being paid. I don’t like asking people who are already doing so much to contribute without a fair exchange, and my aim in future years is to raise enough sponsorship to pay artists and put money into a sustainable ecology of grass roots activities. But this year I have to ask for more than I can give in return, or the festival won’t happen.

It feels right to include as many people as possible in making the festival, and for it to be a collaboration across the North, so I’m using Kickstarter to raise money for things like the PA hire for music events, and a really well designed printed programme. I need to reach £2000 to cover the running costs, with a very short deadline, and all of the money goes into the creative economy of the North.

In return for a pledge of £20 or more, people get a fantastic limited edition print by the acclaimed Print Project (who feature in the brilliant Leeds Print Festival). Print Project do fantastic typographic designs, and they make them on old printing presses “powered by hand, foot and eye”.

The last question the festival raises, of course, is why is it called HannaH? It’s named after Hannah Mitchell (1872–1956), a suffragette and rebel who was a lifelong campaigner for democracy and fairness, put in Strangeways prison in Manchester during the fight for votes for women. As well as politics, Hannah Mitchell tried to create ‘beauty in civic life’ and this blossomed in her work on public libraries, parks and gardens. I’ve really enjoyed Hannah Mitchell’s autobiography, along with Leeds writer Jill Liddington’s Rebel Girls. The Northern suffragettes, working class young women who made changes happen in the places they lived and worked, are a fantastic inspiration for rebellion now.

Hannah Mitchell’s story is part of one great sustainable resource we have to draw on, which is the North’s history of radicalism and innovation. It’s not nostalgia though, it’s about using what Leeds designer and writer Matt Edgar calls “narrative capital”, stories that power the future.