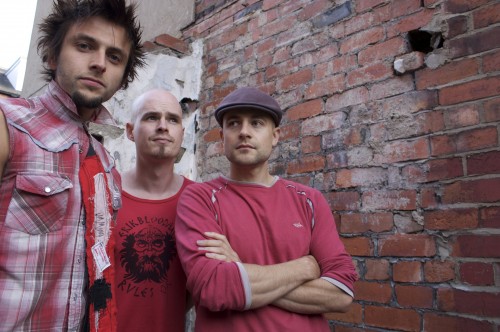 Band of the moment – Trio VD

1. So Dave, we hear that Leeds Jazz will be no more by the end of this month. Having celebrated your 25th Anniversary just this year can you tell us a little bit more about your decision to bow out gracefully?

It’s not solely my decision. There are around 8 people involved, many of whom have been around since the very beginning. It’s entirely voluntary, nobody gets paid and it involves a lot of work. In recent years we have found that the level of funding we receive has become smaller and it’s harder to attract a large enough audience to make the concerts viable. Vicious circle really – funding goes down, can’t do a full programme, gets more difficult to market/publicise the gigs – audiences get smaller. When the stress outweighs the satisfaction we gain from the music, it’s obviously time to go. Rather than fade away, we thought that it was good to focus on the 25th Anniversary and celebrate what we’ve achieved before we ride off into the sunset.

2. What is the future for jazz in Leeds? Will anyone be taking over the mantle?

In some respects it’s quite healthy. Leeds Jazz has built its reputation on representing the more “cutting edge” end of the scene and has brought artists to Leeds from all around the world whether that be New York, mainland Europe, Scandinavia or Walthamstow! Sadly I don’t think that side of our activities will be replaced; it’s getting harder and much more financially risky for any organisation to contemplate this.

However, LIMA (Leeds Improvised Music Association) represents a new breed of Leeds based musician and some startlingly original music which has a distinctive quality which is being recognised nationally. While LIMA themselves have cut back their own promotions recently, the Spin Off at Santiago on Thursday nights represents this scene remarkably well as well as bringing in other young UK bands such as Troyka, Led Bib (Mercury Music Prize 2009 nominees), etc. Run by musicians Tommy Evans and Johnny Tomlinson for the benefit of musicians and particularly student musicians, it’s quality music on a budget and only a fiver admission.

The funkier end of the scene is well represented by the Sela Bar. Seven Jazz presents lunchtime jazz every Sunday at Seven Artspace in Chapel Allerton and monthly evening gigs. With the recent renovation of the Howard Assembly Room as well as the Venue at Leeds College of Music we now have two medium sized concert venues which include jazz in their programming.

So while Leeds Jazz may be essentially irreplaceable (I would say that, wouldn’t I!) there will certainly be no shortage of Jazz in Leeds.

3. Who should we be keeping an eye on in the local jazz scene?

A timely question and very much the band of the moment are Trio VD. Don’t worry about the name – it stands for Valentines Day. The perfect example of many Leeds based bands who are making waves nationally. Their first CD, Fill It Up With Ghosts was released last Monday, 9th November, and has so far received 4 star reviews from Mojo, Time Out and The Guardian. A similar review will appear in the next issue of Jazzwise and a major interview/feature by John Fordham will be in Jazz UK.

Trio VD more than take their place in a new UK jazz scene which recognises and places influences from all kinds of music in the mix and play with a ferocious energy that reaches out and crosses over to a wider, younger audience not normally attracted to jazz.

Leeds Jazz were extremely proud to host their CD launch gig last Saturday, 7 November in front of a sell-out and wildly enthusiastic audience. The production company Somethin Else were there to record the concert and this will be broadcast on Jazz on 3 on BBC Radio Three on Monday 14 December. The broadcast will also contain a feature which includes a consideration of the role of Leeds Jazz.

As well as Trio VD, there are Bourne, Davis, Kane, IDST, Dave Kane’s Rabbit Project, Royst – all Leeds based with CDs released and gaining national attention and exposure. Watch out too for Omnivore.

4. It would be great if you could share with us some of your most memorable experiences from your time at Leeds Jazz? Wich gig stands out most?

Well besides the Trio VD gig which really does rank alongside the very best gigs of our 25 years, I would choose Soupsongs – The Songs of Robert Wyatt in October 2000. A personal hero and someone who has always followed a personal direction and developed into a completely individual UK singer and songwriter, I was a committed fan since since the late 1960s when Robert’s drumming and unique vocal style emerged with Soft Machine. Following his life-changing accident which left him paraplegic and wheelchair bound, the re-emergence of this unique talent was a gradual process constantly reinventing an individual gift that crossed over any artificial boundaries between jazz, rock, pop, etc.

It took some effort to get this tour to Leeds and to play a club venue (The Wardrobe) rather than the concert venues of the rest of the tour. The band and arrangements of Robert’s songs by trombonist Annie Whitehead more than did justice to Robert’s music. Robert was there although he doesn’t perform live any more and thoroughly enjoyed the evening and I got to meet a hero I respect hugely.

5. Finally, tell our readers what they can do to give Leeds Jazz the triumphant send off it deserves?

Quite simple really. Buy the tickets, support the gigs and check out some great music. There’s very little time left – less than 2 weeks so for details of our remaining concerts go to the website.

So why not check out the remainder of the last ever season from Leeds Jazz. All concerts will be held at Seven Arts in Chapel Allerton and start at 8.30pm and tickets cost £12/£10
Sat 21 Nov – CHARLIE HUNTER DUO
Sun 22 Nov – PROFOUND SOUND TRIO
Thu 26 Nov – BATCHELOR, MELFORD, SANDERS