We’re all set to go. Emma Critchley’s Aria – an immersive audio-visual installation in a shipping container at Bramley Baths – opens on Saturday 29 March. And Life Boat by the Institute for Crazy Dancing – a participatory installation inviting relaxed and convivial reflection on migration, ethical trade, sustainability, the ways we live – opens at Cross Flatts Park on Thursday 2 April. Our Programme Associate Alison Andrews (of A Quiet Word) and Production Manager Peter Reed (of The Performing Office) have been working closely with community leaders and organizations in both places for several months to bring this about.

Ludus 2014 is the second edition of Ludus Festival Leeds. Joslin McKinney and I were prompted to organise the first one, in 2012, by the arrival in Leeds of 700 people from over 40 countries. They were here for an international performing arts conference that we had organised, so we decided to show them what Leeds can do by organising a festival too. The idea was to bring international work to some of the city’s leading venues; and to show this international audience the best of performance from Leeds and beyond. But Ludus 2012 was more than that: the programme was primarily designed to delight a wide local audience. 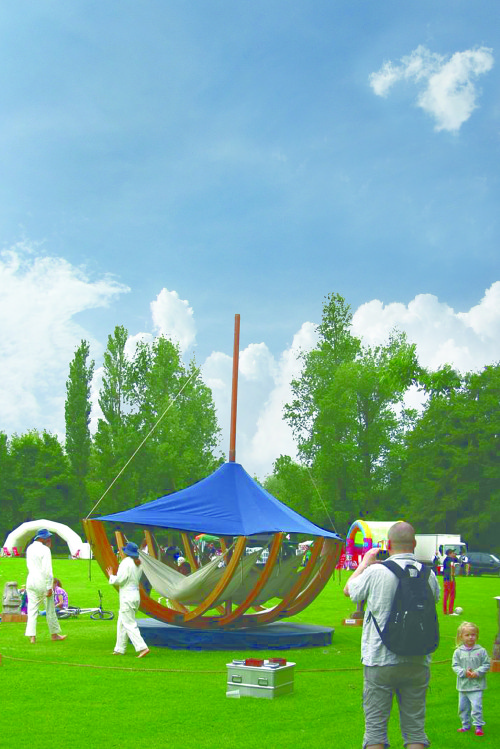 This year, our focus is much more on localities in Leeds – and especially places where you might not expect to see a performance. Our strapline – ‘performance, place, possibility’ – encapsulates this. What can performance do to animate a place, celebrate it? And what sorts of performances do particular places provoke or encourage? So we’re building our way to address three kinds of possibility for place:

Site-specific work – which gets into the feel of a particular place. Like dancing in response to a gloomy cellar, or telling fantastic stories provoked by a hilltop hut;

People-centred work – which makes work with, for and perhaps about the people who inhabit or regularly visit a particular place; and is committed to inclusivity and access;

The place of Leeds – work that celebrates and builds our city’s place in the international arts and cultural arena, both in Europe and beyond.

That last item brings me to a second strand of Ludus – LudusThinks. We plan to run the Festival every 2 years. In 2012, Joslin and I created several places where the Ludus performances intersected with the (Performance Studies international) conference. And we want to continue that important dialogue between artists, audiences, academics, policy-makers and cultural providers through every Ludus. So this year, we have two intertwining strands – the Ludus performances and installations; and a LudusThinks programme.

For instance, we’re building towards a public platform debate on ‘cultural value’ for autumn 2014 – where part of the agenda, naturally enough, will be cities of culture. And Joslin has organised a symposium on Performance in Contemporary Urban Contexts for 4 April. And each Ludus Festival event will also have its own LudusThinks discussion. So there is space and time to share reflections on your experience on Aria and Life Boat in April – and let that take you where it leads you – or White Cane in Victoria Gardens in June or The Weather Machine at stage@leeds next February.

Running right through Ludus is the root meaning of that word –‘play’. We’re inviting people in Leeds to play with us towards new possibilities for performance.