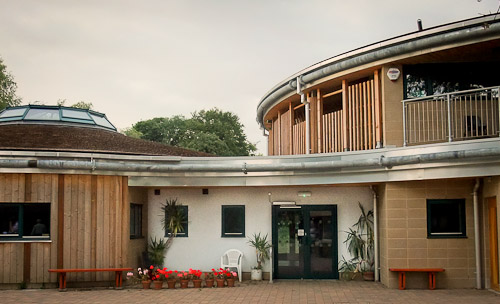 The idea of a craft hub is right up my street – the kind of commission I would love to receive from a client. So when I was asked to visit the Craft Hub at the Pennine Camphill Community I jumped at the chance. 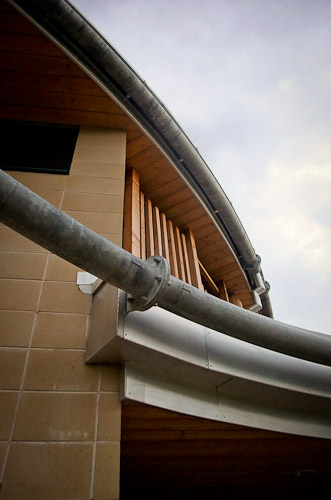 I arrived at the Pennine – which is an independent college providing an alternative to mainstream Further Education for teenagers with learning and physical disabilities – on one of their open evenings. Alongside an evening of Opera in the grounds, several local councillors and interested parties were to be shown around the Craft Hub. I tacked on (slightly incongruously – “are you the roving reporter then?”) to their group for the tour.

The Hub is nestled in the trees in front of a large open space filled with vegetable patches, tended to by the students. It’s a slightly strange shape – its plan form emanated from a design concept of two tree trunks growing together – but this is one of the few things that immediately distinguishes itself from its more conventional rectangular neighbours.

Despite its unusual shape (one which has fielded comparisons to the Star Ship Enterprise) it is unobtrusive. It has a very ‘natural’ feel to it, with cedar cladding and a shingle roof. The colours are earthy and welcoming. Sections ‘carved into the tree trunks’, marked out by their buff coloured blocks and white render, provide contrast for the entrance and create delicate outdoor workshops. 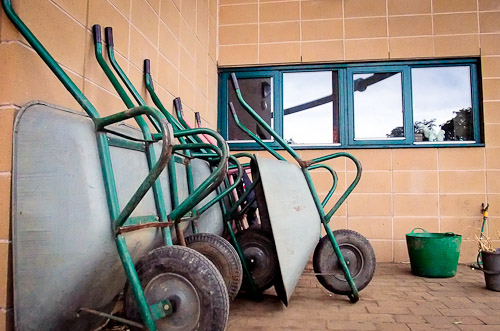 Inside it’s similarly uncomplicated. The earthy colours continue to the interior and the surfaces are robust, the spaces simple and the scale comforting. The workshops and circulation spaces are washed with natural light from clever lanterns in the roof and balconies at the edges. 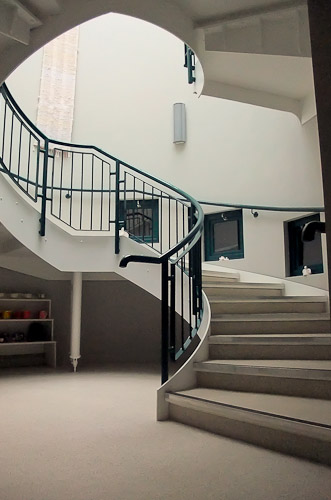 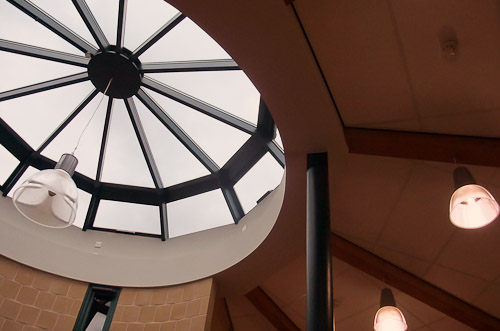 Its a beautifully simple and modest building, quite easily overlooked – there is little ego. The architecture takes a back seat to the activities within. It’s filled with the evidence of a year’s work: evidence of woodwork, metalwork, pottery, weaving and basket making classes; piles of reclaimed and repaired metal tools; wooden spatulas; pottery chess pieces; scraps of discarded materials and shelves of multicoloured wools. 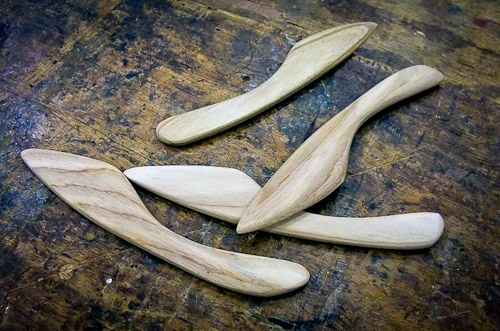 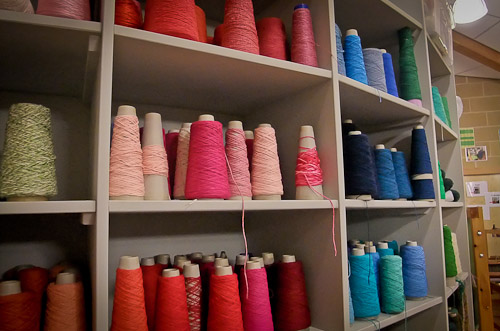 And maybe the crafts got me distracted from the architecture, but we were shown around the Hub by William, a volunteer at the centre and a man whose passion and enthusiasm for the Community is apparent in every gesture and explanation. He shows us around all the workshop spaces and makes it all seem so very personal, as though he’s taken the building under his wing in the same way as he does with his students. He clearly loves the place…

And he’s not alone. When £1.8million funding from the Learning and Skills Council collapsed, that money was raised from bank loans and public donations, such was the belief in the Community and the dedication of the trustees and funders.

The traditional craft skills the students learn within the craft hub are just the beginning. They learn basic life skills whilst living away from home for the first time and also learn work skills such as co­ordination, communication and perseverance that will hopefully find them employment in the coming years. The community, its buildings and its volunteers help to make this transition into the real world a little easier.

So the building doesn’t need to scream. It doesn’t need to grab attention. It just has to be… its value to the community lies in facilitating the work within it. And what a pleasure that it has done this so far and I could see the products of the students where they had been crafted.

And as I left, the sun was setting and the Opera was just warming up. Lovely.

The Craft Hub was designed by Wakefield based Architects Spawforths

Jenny Booth is a Leeds based freelance Architect with an interest in residential, sustainable and low energy architecture and a background in commercial practice. She can be found on twitter as @ArchitectJen