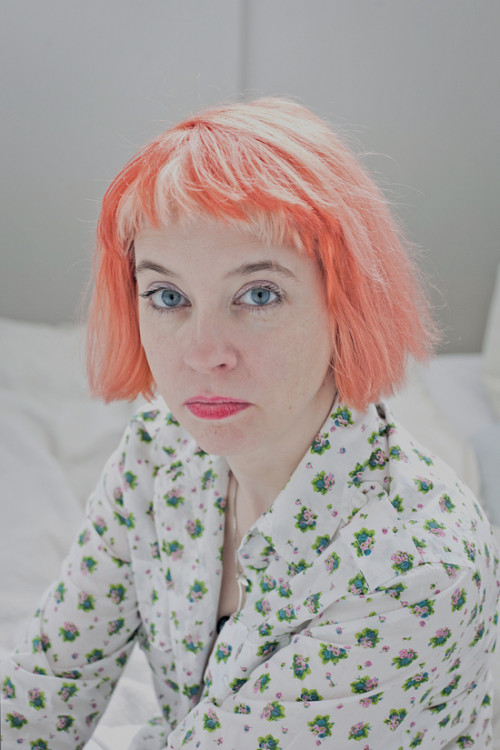 Carol Morley was one of the faces on the Manchester scene in the 1980s famed for her heavy drinking.

But then a stranger told her about incidents in her life she just couldn’t remember she decided to make a film about those lost years placing an ad in local newspapers asking for witnesses to her excesses to come forward. The likes of Durutti Column’s Vini Reilly and DJ Dave Haslam were interviewed pulling no punches telling Carol what a teenage nightmare she was.

“I think the most cathartic thing was actually making The Alcohol years and when we showed it in Manchester to people somebody said ‘I wouldn’t actually have been interviewed for it if I thought you were going to finish as I never believed you would.’ which was the best bit,” laughs Carol.

“With any creative endeavour like making film or writing it is about making sense of something which is good and that was cathartic. I knew there was something worth making.”

Carol was in such a state back then she even asked Buzzcocks frontman Peter Shelly to marry her.

“I remember he booked the registry office for April 1 and I didn’t turn up. Peter got married some years later in London and I was invited to that wedding but I missed it. Pete said ‘she didn’t turn up to ours so why would she turn up for this one?’”

But as well as a record of excess the film is also a beautifully shot love letter to a Manchester that is totally unrecognisable from today’s city.

“The time the film looks back at no-one lived in the city centre, all those buildings were black and the idea of something like the Northern Quarter was just not on the agenda.

“All of The Alcohol Years was happening post punk, pre Madchester, pre E generation, pre rave but what it did have was the Hacienda. I remember starting to go when I left school and at times hardly anyone went. It was a massive capacity disco modelled on the American ones so it was a bit like a youth club

“You’d go to the Hacienda and see people you hadn’t seen for a while. I remember Siouxsie and the Banshees had played the Apollo and they came along afterwards so we met them. You’d get Tony Wilson, New Order and Martin Fry and ABC down there.”

A film about the Manchester scene also became a worldwide hit on the festival circuit.

“It is about grappling with what it is to be who you are. When The Alcohol Years came out and we took it to festivals in different parts of the world and people really connected it to. I remember in Melbourne people really felt it was like Melbourne so while it is about a village like Manchester can be sometimes so it is a universal thing for young people.

“Obviously I regret hurting a few people but on the other hand as a film-maker I would might regret it if I hadn’t made a film about it. It is part of my own history, a part of history that is documented and will survive for better or worse.”

Carol is hosting a one off Q and A at the Trades with some of those interviewed in the film including Factory Records founder Alan Wise. Stella Grundy and The Passage’s Dick Witts have said they are coming along to join in.

“Who knows what will happen. Someone said the other day Hebden Bridge was voted the coolest place in Britain so I thought that was amazing.

“Then I googled it and saw there was a real problem with alcohol among young people, so I thought it was an interesting place to show the film. It will be interesting to hear from younger people what it means to them and a lot of people who were in it are coming so that should create some fireworks.”

The Trades Club hosts a special screening of The Alcohol Years as part of Hebden Bridge Arts Festival on Saturday 29 June at 7.30pm followed by a special Q and A with Carol Morley, hosted by Adelle Stripe. There will also be special showing of an unseen Tony Wilson interview.

Tickets priced £10 are available at hebdenbridgeartsfestival.co.uk