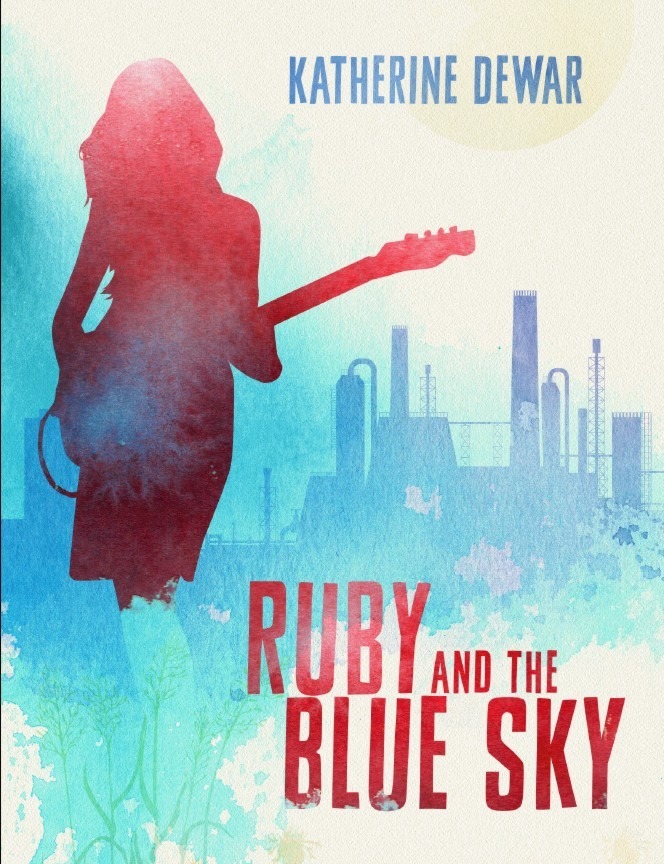 “Grammy night, 2021. Ruby wins ‘Best Song’ and makes an impulsive acceptance speech that excites nature lovers across the world. While Ruby and her band celebrate, an extreme evangelical sect, funded by covert paymasters, dispatches a disciple on a ruthless mission to England. As the band plays its sold-out tour, Ruby is pursued by eco-groupies insisting she use her new fame to fight climate change. Back home, in rain-drenched Leeds, Ruby must confront a challenge not even tea, beer or her mum’s veggie lasagne will make go away. In a storm and drought-plagued world, run by cynical old men and self-serving corporations, could one young woman lead change? Torn between the demands of the climate campaigners and her bandmates, Ruby has to decide how much – and even who – she will sacrifice.”

I am often seen bouncing around Leeds, slung with a tote bag bearing the legend “I like big books and I cannot lie” and this is one big book I was very happy to tote about for the three days it took me to finish it. (Have you ever read something you enjoyed so much that you didn’t actually want it to end? I was very disciplined to not just stay up all night and devour this one in one gulp. Hope you’re proud of me!)

I call it a big book not because of it’s size, but because of its content which is Feminist Fiction with a capital F. As Katherine explains on her blog:
1) it quietly disrupts gender stereotypes with women working in traditionally male jobs, the way they do in life more often than fiction.
2) it includes a storyline about sexual violence used as a political weapon.
3) the female characters get their support and help predominantly from other women.
4) it references the complex reality of sexual preferences.
5) one of the novel’s central themes is the conflicting world views that place humans as part of nature versus humans set in God-given dominion over nature.

The plot and pace are thrilling and if it doesn’t inspire everybody who reads it to stop and think about the impact that our lifestyles have on this planet then I don’t know what will. As with the majority of books set in Leeds, I always love the glimpses of my own familiar world but I especially enjoyed seeing Leeds through Ruby’s eyes. She’s such a great character, full of spirit with a sex, drugs and rock and roll lifestyle who refreshingly uses her fame to effect change which rocks far harder than bringing out a perfume don’t you think?

Katherine writes beautifully and confidently, covering environmental and mental health issues and sexual violence with sensitivity and shapes characters with fluid sexual preferences without churning out the usual tropes that mainstream fiction featuring LGBT+ characters do. This is a book to buy your teenage children (note I did not specify daughters here!) and to read yourself.