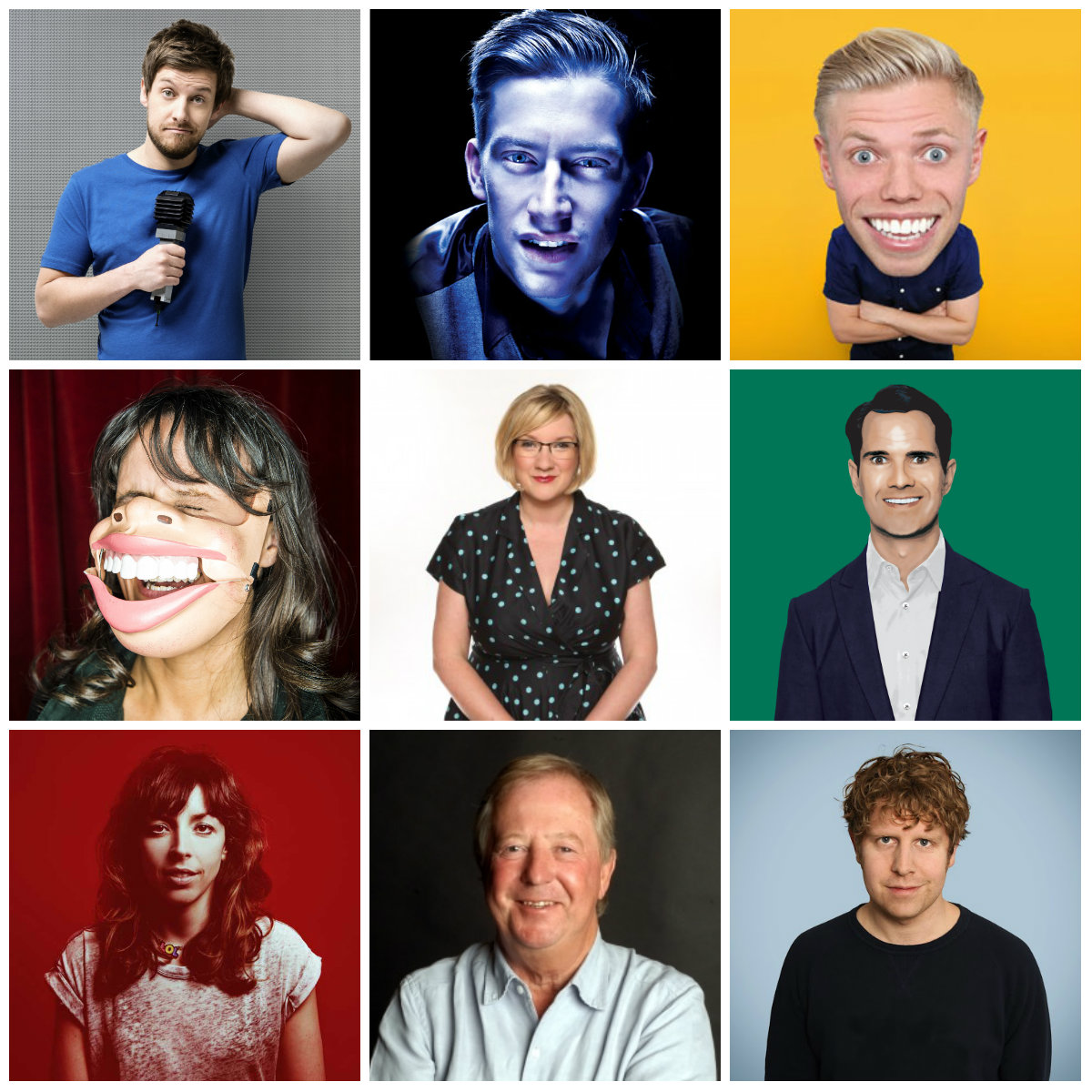 The aim of this year’s festival is to explore the breadth of comedy performance, and as well as sketch and stand-up this year’s festival will also offer sock puppets, magic, cabaret, beatboxing, storytelling, and even ventriloquism. In addition the line-up brings competitions, chats with comedy legends, and a show about the history of drink together with topical and political issues and humourous musings on life in general.

To open the 2015 event Harrogate Theatre has teamed up with online women’s magazine, Standard Issue, to present a unique Comedy Festival launch event on Monday 5th October. ‘In Conversation with Standard Issue’ is a killer panel of funny women talking about comedy, feminism and more which will include Sarah Millican, Bridget Christie, Katherine Ryan and Susan Calman.

Over the same weekend Harrogate Comedy Festival and RedHouse Originals Gallery will present an exhibition of original watercolour paintings by Noel Fielding in Harrogate Theatre Circle Bar. The special collection is drawn from his recent exhibition ‘He Wore Dreams around Unkind Faces’ unveiled earlier this year at the Royal Albert Hall.

Comedian of the Year

The fourth ‘Comedian of the Year’ competition will also take place this year. During two heats a host of comics battle to impress the audience and judges enough to secure a place in the final on Monday 12th October.

Anyone can enter the competition, and the overall winner will receive a £350 cash prize and a performance slot at the Hyena Lounge Comedy Club Closing Gala on Sat 17 October. Entries are now closed for 2015, with this year’s competition attracting 60 applications for just 20 places.  However, tickets are now on sale for both the heats and the final. Who wins? You really do decide….

One previous Comedian of the Year winner was Peter Brush (2012) who went on to debut his first full length solo show at Edinburgh Fringe Festival this year.

The great thing about the Harrogate Comedy Festival is not only the fact that it celebrates the diversity of comedy, but also that it presents A-list names alongside providing a platform (and potential springboard!) for the rising comedy stars of tomorrow.

Tickets can be booked securely online at www.harrogatetheatre.co.uk or through the Harrogate Theatre Box Office on 01423 502116.