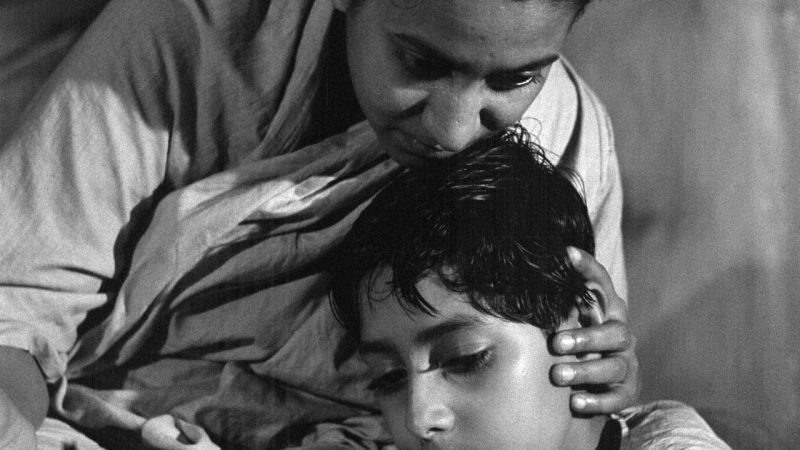 Four arthouse classics in two days… Our resident auteurist MR RENOIR finds much to enjoy at this year’s LEEDS INTERNATIONAL FILM FESTIVAL. May contain traces of film snobbery, not that CULTURE VULTURES has any issues with that.

Film festivals give us cinephiles the opportunity to discover new films that would never make it to their local multiplex. The vast majority of movies on offer there are manufactured in Hollywood, with subtitled films a rarity.

While critics may suggest I am a ‘film snob,’ I do recognise that mainstream cinema has produced some imaginative, intelligent, stimulating films. Of course, some people are happy to be entertained, rather than stimulated, but they would discover there are sexy actors, explosions and happy endings outside of American film – they are just less essential ingredients.

As well as new releases, the Leeds International Film Festival is dedicated to ‘bringing inspiring selections of films from the past’ to the city under its Retrospectives banner. I selected four very different films to watch over two days. They were all good examples of the rewards on offer for those willing to adventure into World Cinema. I own all of them – often in several different formats – but I was excited to see them for the first time on the big screen – as nature intended.

My first trip to the Hyde Park Picture House is a treat in itself. This architectural gem, which battled the start of the First World War to be built, takes visitors back to an age when picture houses were as beautiful as the films being screened.

The opening titles whet my appetite with news that we are watching a 4K restoration by Criterion which looks from the first images an improvement on my Artificial Eye DVD boxset of Ray’s Apu Trilogy. It is easy to neglect the second part of a trilogy, so I’m happy to give this film the attention it deserves.

Aparajito picks up the story begun in Pather Panchali as Apu and his family begin their new life in the holy city of Benares. The death of Apu’s father leads to more rural surroundings. Apu starts school and eventually earns a scholarship to leave his mother for a life in Calcutta.

It’s a simple story which is its beauty. The difference with Ray from our average ‘entertainment’ is how he tells the story. The images, use of sound to create drama and pace of the film produces mesmerising cinema.

We witness Apu become a young man physically, emotionally and intellectually. His relationship with his family becomes more complicated as his mother faces a similar struggle. She is a single parent offering the unconditional love of a mother at a cost to her own health and happiness.

This films reminds us that we are all of us advantaged by simply living in the West in modern times. If you want to view real life in a remote Bengal village in the 1920s, you won’t find it in a multiplex. This afternoon a relatively small group of people entered the fascinating – and yes, stimulating! – world of Satyajit Ray. A real treat, and on the big screen this masterpiece looked better than ever. 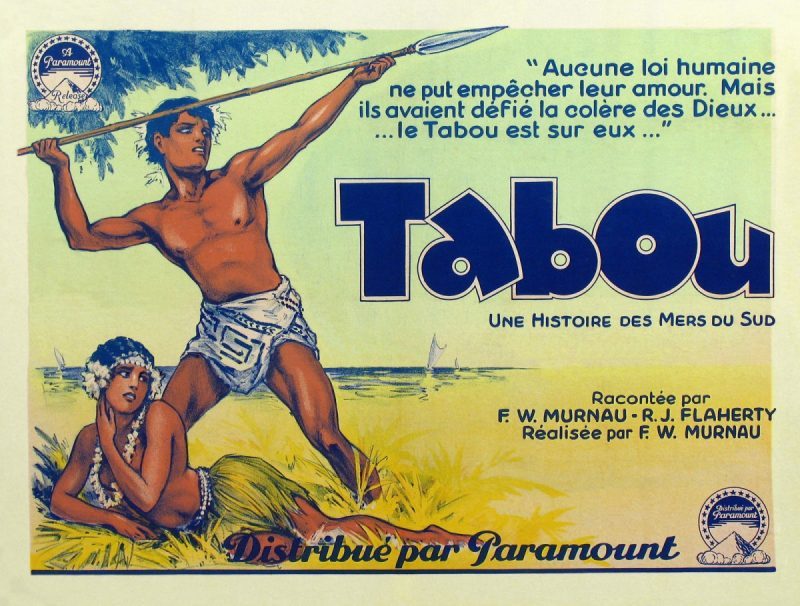 I recognise that my recruitment drive for World Cinema has some restrictions. A silent film, for example, may well be beyond many viewers definition of entertainment. Silent films, and many early sound films, are undoubtedly less accessible and ‘harder work’ to enjoy.

Silent films were never intended to be viewed in silence. I was fortunate enough to be hooked over twenty years ago by my first experience: Abel Gance’s La Roue, at the wonderful Phoenix cinema in Leicester. The stunning, fast editing of the images accompanied by a very modern electronic score played live on synthesiser literally blew me away.

Tonight, in the very impressive surroundings of the Town Hall, Murnau’s Tabu is accompanied by the acclaimed French musician Christine Ott. Her ‘ciné-concert’ includes a variety of instruments and contemporary sounds that bring the picture alive. The acoustics of the high ceiling create an eerie atmosphere.

In 1929, Murnau, on the back of successes Nosferatu and Sunrise, was recognised as one of the greatest film makers. For Tabu, he collaborated with leading documentarist Robert Flaherty (Nanook of the North – Ed) on a film to be shot on location in Tahiti.

Using natives from the island, Murnau creates a humble, yet powerful story that perfectly captures their primitive life. The result is a lyrical film, with very little dialogue, which draws you in, particularly tonight when we have such beautiful music to hypnotise us further.

Tabu isn’t as ‘life changing’ perhaps as some of Murnau’s other films, or many of the silent masterpieces that have been shown here in previous years for that matter – last year’s four-hour plus festival screening of Gance’s Napoleon last year has set the benchmark very high.

However, the enthusiastic applause at the end, from at least a hundred admirers, does question this view. You would struggle to find many better ways to spend a cold Monday night. There were hardly any subtitles to read, just a handful of hand written notes, but Murnau epitomises the power of good silent cinema. The images tell the story, and tonight the music raises Tabu to the level it richly deserves. 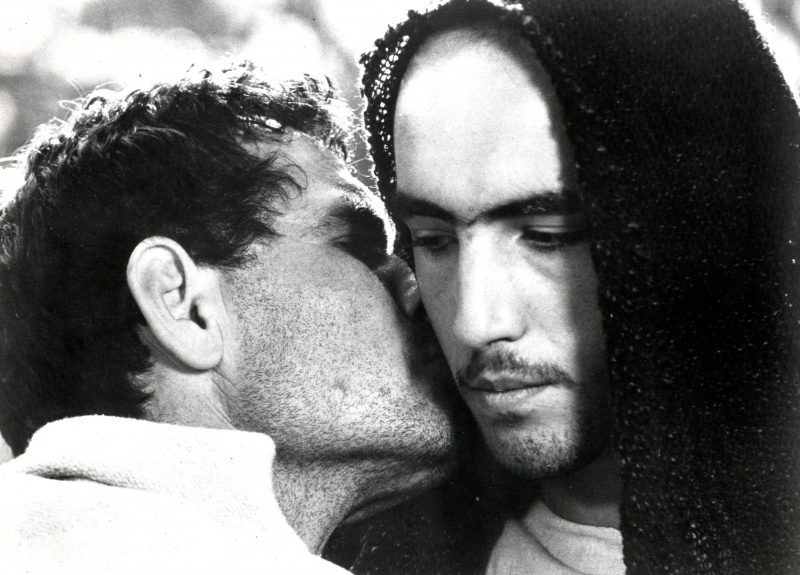 The Gospel According to St Matthew (Pier Paolo Pasolini, 1964, It)

I return to the Hyde Park Picture House for ‘the greatest retelling of the story of Christ ever committed to film.’ Quite a statement – or perhaps not as the competition is so poor – but a view supported by the Vatican, and even the Archbishop of Canterbury refers to it as a ‘great film.’

I’ve seen The Gospel According to St Matthew twice, but watching one of my top 100 films (Wowser, I bet that’s some list! – Ed.) on the big screen is an exciting prospect. I hope that the small handful of viewers – understandable for a Tuesday lunchtime – appreciate a film I’m trying so hard not to build up too much.

Regardless of your religious beliefs, the events of the birth of Christ to his eventual crucifixion and resurrection is a bloody good story by anybody’s standards. Few film makers could do justice to this – and they could hardly blame the script! In this case, the dialogue is drawn directly from scripture. Pasolini does not rely on stars to hide behind, assembling instead a cast of non-professionals.

What Pasolini does have is the ability to turn a good story into a flawless film that is nothing short of a work of art. The stunning black and white photography has never looked this good on my television set, and the widescreen adds impact to the vast landscapes. It feels so real, thanks to large parts of the film being shot using a handheld camera to give it more of a documentary feel.

As you would expect, the film has some powerful moments. As a parent, the mass slaughter of innocents feels like a kick in the stomach, but Judas’s suicide and the crucifixion are both spellbinding. It is impossible not to be moved by this film. Every school should show it as part of its RS curriculum, if only to prompt discussion. Don’t be put off either by the religious element, as it is a textbook lesson in ‘pure cinema!’

The Czech New Wave is one of my favourite film movements and this is a very good example of how it pushed the boundaries in the 1960s. The Party and the Guests is by far the most complex film of the two days.

A group of smartly dressed people enjoy a well-stocked picnic on the grass at the edge of a forest. They drink tea from bone-china cups and sip fine champagne. The ladies bathe in their lingerie in a stream before they get dressed for dinner. They apply their expensive perfumes alfresco; a gentleman has even brought his electric razor on the trip. They are joined by some other guests, some carrying furniture, to gather in a clearing in the forest. This is the more straightforward part of the film!

The dialogue, the mystery of what they are doing there, whether some of them are there against their will and the edgy confrontations are all captivating. The conversations build, sometimes resembling more of a military courtroom, and eventually they move on to a large dinner party by a lake. All very bizarre, and a little Luis Bunuel perhaps?

This is clearly meant to be a darkly witty film, yet many, including myself, will not fully understand the comedy. It is very political which is the reason it was ‘banned forever’ in its native Czechoslovakia. My take is that it is an attack on Communism, and the director is waving a flag for freedom. It is utterly fascinating and, whether I understand it or not, I do love it! This is an art house film, and art can impact on us regardless of our individual interpretations. (I am also open minded enough to appreciate that another person may feel the need to walk out on The Party and the Guests.)

My train journey home is a relief from the driving rain and an opportunity to seek opinions online. This quality time is the equivalent of a rambler retracing their walk on a map in front of a warm log fire. To me, it is all part of the appeal of films, and I soon find a quote from director Jan Namec that suggests I am close – ‘When one lives in a society that is essentially not free, it is the obligation of every thinking person to attack obstacles to freedom in every way at his disposal.’

All four films made a lasting impression on me, but for very different reasons. This wouldn’t be the case with their equivalents in mainstream cinema which I find is usually instantly forgettable. We do have freedom of choice as a paying cinema audience, but I would recommend that you broaden your horizons. The Leeds International Film Festival offers you many opportunities to do just this.