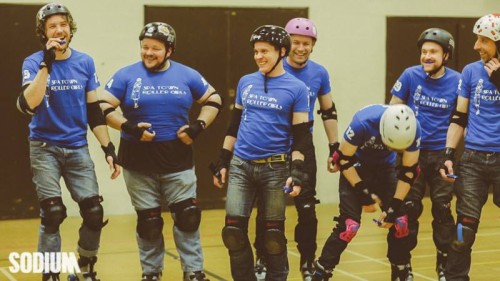 On Tuesday 18th March, The Tour of Infinite Possibility (or ‘TIP’) officially kicked-off. And the world sighed. Or at least some pockets of Yorkshire did. Hope & Social started the mayhem by hosting two ‘hello’ gigs in Grassington – the place where A Band Anyone Can Join was born last year. And it was a triumph. Who knew?

The preceding weeks had been hairy: The project had generated such a massive response that ironically the Tour of Infinite Possibility *almost* became impossible as Project Manager Ben Denison deliberated over how to contact/ embrace/ work with ALL those that had signed up. All 190 groups and individuals that had filled in the Form of Infinite Possibility on the TIP website… Hmmm. No mean feat.

Anyhoo, good job that Denison isn’t merely a man, but a superhuman Project Manager of actual Infinite Possibility. By some miracle, a plan was born and the ‘hello’ gigs were go go GO! The band and Team TIP were still ever so slightly apprehensive. How would it all be received? Would anyone even come?

They needn’t have worried. Burnsall Primary School was a blast, look..

From Grassington those blue jackets headed to Addingham, which included an awesome experience with a lovely local scouts group and a load of brass players in a pub. Next up – Sheffield, with lots of locals and a WI group, and then onto lovely Hawes and the Wensleydale Creamery.

Onward to The Golden Lion in Ripon, then Elland. Oh Elland. Where Louis ruled the piano, and a film was made that captured the whole essence of the TIP project.

Let me explain. A short time ago, whilst trying to express the point of this project in words, someone wrote this:

‘Something amazing happens to people who take part in really great live shows. You can see people grow in confidence and stature before your very eyes; become happier, empowered and positive. Most of all, these people will see that amazing things are possible, through hard work and application.’

Got it? Now watch this:

It didn’t stop there… off the band trotted to Masham, then Holmfirth, and the wonderful folk at Holme Valley Music Centre. 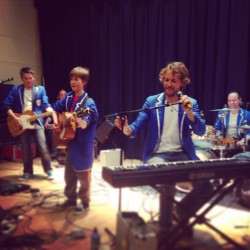 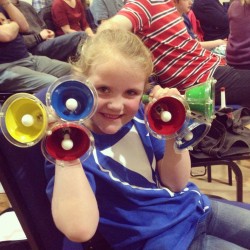 The Otley Courthouse welcomed the boys and their TIP entourage on the afternoon of 6th April, and finally Harrogate. Oh Harrogate. This one started with a session with the Spa Town Roller Derby girls. And 8 blue gumshields. Yes, really…

Last but not least, Monteys in Harrogate hosted a banging ‘hello’ gig with a packed-out pub and a very excitable bell-ringing beer-swilling audience. There’s literally no better way to spend a Sunday evening.

So – as part of Team TIP and on behalf of the band – to 10 of our 12 gorgeous TIP locations… HELLOOOOOOoooo! And a huuuge thanks to everyone who has helped to organise, put up posters, make it such a laugh – You are our ‘Makers of Infinite Possibility’. We’ve had so much fun already, and we look forward to running workshops with you all over the coming months and hitting that stage in June.

And how do the band feel about TIP now? In the words of Ed Waring, “We’ve met some incredible people….it feels like it’s all gonna work…. People are gonna join us and help us make it wonderful. Just can’t wait.”