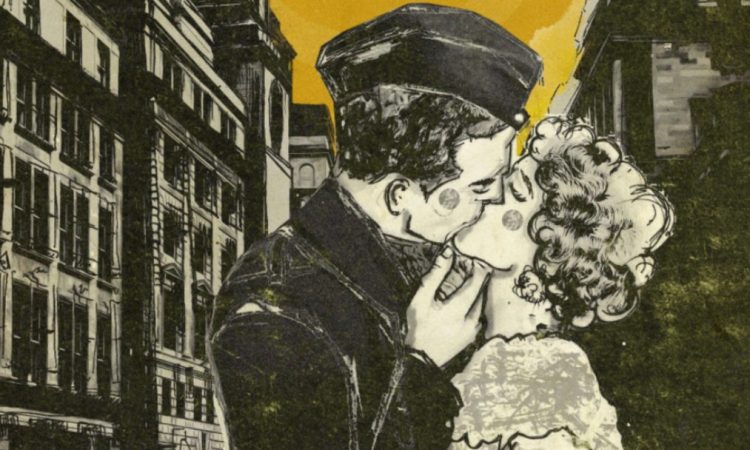 Forget any expectations you may have about Shakespeare. NORTHERN BROADSIDE’s wartime production of romantic comedy MUCH ADO ABOUT NOTHING is a delight from start to finish. JANINE WALKER has Much to say About, well, Everything…

Enchanted by the fairy lights of Huddersfield’s Lawrence Batley Theatre, we enter to an open stage – bird song and sheep bleating ever so softly – and a lovely sunny 1940-something day in the country.

Northern Broadsides’ Artistic Director Conrad Nelson has dusted off Much Ado About Nothing, re-imagining it and creating something warm, funny and very special as a result. This is a story about love, told with love, and the actors make every word their own.

Shakespeare shows all aspects of love in this comedy, with its hint of near-tragedy and, of course, wit. We have Claudio and Hero who fall instantly in love, but true love never did run smooth… Then there is Benedick and Beatrice who try desperately not to be in love with anyone, at all, ever; never mind each other! All of which makes for witty and insightful comedy.

This production is set near the end of World War II. Lis Evans‘ wonderful set is simple, but effective. Digging for Victory and Women’s Land Army posters are perfectly placed, mirroring the women onstage getting on with things! The warmth is also reflected in the period costumes. There is so much movement and music too, as Nelson interjects the action with song and dance numbers! It’s full of little gems and surprises…

I laugh heartily more times than I can remember, mainly at the characterisations and perfect timing. There is drama too as the play verges on tragedy. One particularly intense scene makes a lady in the audience shout out, “Oh no!” and we all feel the same. While much of the play is played for laughs, by this point you can hear a pin drop.

Whether you’re for love or against it, Northern Broadsides’ Much Ado About Nothing has it all. An unexpected musical feast and an absolute tonic for the troops.

Much Ado About Nothing is at the Lawrence Batley Theatre, Huddersfield until Saturday, then Viaduct Theatre, Halifax from 25th April until 4th May. Details and tickets here