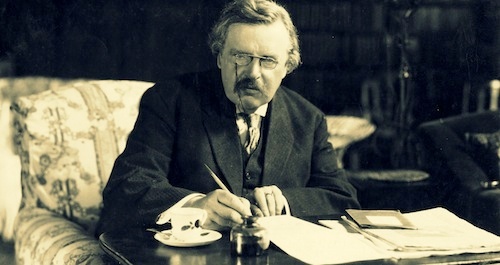 Since Yorkshire got to host the Grand Depart and Leeds/Bradford snaffled some central government cash to create a Highway to Health between the city centres, we all seem to have gone barmy for bikes.

Enthusiasts rave on about how cycling improves their health, gives them a sense of enormous well-being, takes years off, boosts their sex lives, clears their minds, detoxifies their bodies and generally provides them with a natural high. They say bikes are kinder on the planet too, and nobody can argue with that.

I’m sure there are rock solid statistics to back it all up. For me though it’s simply not apparent that the healthiest, most pleasurable and ecologically progressive form of physical activity could possibly be pedalling uphill through Stanningley. I’m happy for other people to benefit from the bicycling boom – and good luck to the lycra loving lot of you – but on any rational scale of life enhancement cycling just doesn’t measure up to the rewards reaped by my own favourite pastime; having a good sit down.

Unlike cyclists, who can drive you nuts with all their smug talk about how great they feel and how negligibly they contribute to the carbon footprint, sitters don’t like to brag. We are modest considering we emit less carbon than the average daisy. And we don’t go around soliciting public funding to convince people how great sitting is. We just sit. Quietly. We don’t try to recruit everyone we meet into the ranks of recliners. We don’t proselytise the joys of a good Chesterfield. We don’t noisily campaign for more and better cushions. The most you’ll hear from us is, “go on, take the weight off your feet”.

Yesterday I shared a sofa with Bernie Pyles, Chair of the Association for the Advancement of Reclining, Sitting and Extreme Slothfulness (AARSES) and we had a chat about the benefits of a good sit down.

I asked him can anyone sit? Is sitting diverse?

Yes, sitting is absolutely non-discriminatory, that’s one of the fabulous things about it. Young or old, black or white, gay or straight, we all can unite in a nice sit down. You can do it on your own, with friends, and even with strangers. And no matter where you are, ballet, rugby, the pub or the beach, sitting is something we all have that crosses cultural divides. You can sit down any time of day or night, in any weather. And you don’t need any training, insurance or medical approval … sitting comes naturally.

Compared to cycling, walking and driving, sitting down has the least chance of aggravating your fellow city dwellers. It’s also perfect for drinkers. There’s no legal limit for being drunk in charge of a sofa.

Do you need any special equipment?

No, you don’t need any particular kind of glove, hat, shoe or shorts … you don’t even need shorts! Some of my friends in the extreme sitting community eschew belted wear altogether, though personally I find some kind of trouser-type garment is desirable, especially in mixed company, or outdoors in the North. To be honest, even a chair is optional … walls are fine, floors, fallen trees, or any horizontal surface will do at a push …

Is there any particular type of seat preferred by the sitting aficionado?

For a short stint of sitting the options are infinite, though many of our members carry waterproof inflatable cushions owing to the rotten design of most public seating provision – metal, or worse, marble slabs! who wants to while away an hour on a cold, wet, unforgiving surface like marble? Street furniture displays an anti-sitter mentality and it’s time we challenged it and stopped stigmatizing the seated – more rights for the reclining is what we need … Personally I like a big, high backed chair, not leather – leather doesn’t sit well with the seating purist, that’s a beginners mistake – with arms wide enough to hold a glass of wine, a book and a small plate – snacks are essential for a really good sitting session – and thick, well-sprung cushions … but tastes are very individual. One of the best sitters in the business swears by a good old deck chair.

Everything these days needs to prove its health benefits, mental or physical … what’s the good of sitting down?

Think about this a moment. When you visit your GP or consultant, what are they doing? Or you see a psychotherapist … all sat down! These guys don’t do seven or eight years intensive training for nothing. It’s got to be good for you, physically, mentally and I’d go so far as to say spiritually … take a look at all those Buddhas. Sitting down aren’t they?

But right now cycling is in … is sitting down better than getting on your bike?

I’d argue sitting down was demonstrably better for your holistic health than cycling. Let’s mention a few recent studies from reputable scientific journals. Hard-core sitters attend Accident and Emergency departments on average 17 percent as often as cyclists. They suffer 89 percent fewer broken elbows, severely grazed knees, fractured wrists and torn ligaments. They are a whopping 99.6 percent less likely to be hit by a left indicating vehicle and 93 percent less at risk of being bitten by a dog or assaulted by an angry road user. Sitting also reduces your risk of passing on infectious diseases by a whole 86 percent whereas we all know cyclists often come home with a tyre-full of dog poo and a helmet dotted with pigeon plop. Nobody wants that in the house. Plus cycling can be strenuous … cyclists get very sweaty.

Cyclists often go on about the endorphin rush, and they say cycling helps them be more productive. Can you say the same about sitting?

Think about it. Shakespeare wrote every one of those tragedies with a quill – it’s impossible to manage even so much as a sonnet if you’re cycling. Bach composed all those fugues and cantatas on a stool – the only pedals he ever pushed were on his harpsichord. And what was Isaac Newton doing when the apple hit his head? If he’d been charging around on his bike chances are he’d never have gotten around to discovering gravity! Winston Churchill wrote all his speeches sat comfortably with a glass of brandy – it doesn’t bear thinking about what the outcome of World War 2 would have been had our national leader taken up mountain biking. Marx famously undermined capitalism from a chair in the British Museum Reading Room, Alfred Hitchcock directed his films from a director’s chair, and the internet was invented on a couch … Tim Berners-Lee, there’s a man that knows how to sit.

All the greatest products of Western Civilisation were invented sitting down. Name one symphony written on a cycle, one great novel, great painting, great anything … On a bike you don’t have time to think great thoughts, you’re too busy pedalling, panting, watching out for pedestrians, and wondering if that dizzy feeling is the euphoria finally getting to you or the result of gulping in all those diesel fumes.

Well, surely cycling is better for the libido? Sitting isn’t so sexy, is it?

Are you kidding? Did you ever notice a cyclist in the Kama Sutra? Hell no … there’s an awful lot of sitting going on though, and just look at those faces! You don’t get anywhere close to that kinda happy riding a bike.

You’ve sold this sitting thing to me. Just one thing before I get up and go, does sitting have a mission statement?

Even on the highest throne you are still just sitting on your arse.