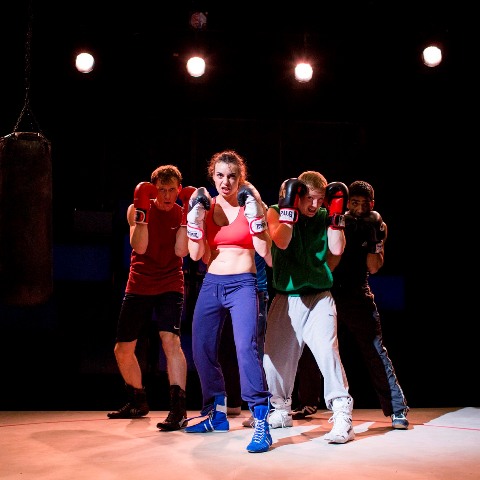 Katie Beswick (@ElfinKate) went along to the West Yorkshire Playhouse to see Frantic Assembly’s Beautiful Burnout, and not only because it was an opportunity to ogle beautiful bodies. She tells you what she thought.

The promotional image for Beautiful Burnout: a toned, supple young boxer, dressed in nothing but shorts and trainers; his laces are undone, bandages unravel from his hands. He is leaning backwards as though, felled by a right-hook to the jaw, he has frozen mid-collapse. He is, inexplicably, underwater (presumably the photo has been taken in some kind of tank); rays of light illuminate his muscular physique. It’s quite an impressive image, as these things go. It certainly whetted my appetite for the performance. A penchant for athletes, not to mention the reputation of Frantic Assembly for delivering dazzlingly spectacular physical performances, meant that as I made my way to the Playhouse in the drizzle I was pretty excited. Toned bodies in teeny shorts, this kind of pleasure had not been legitimately offered to me since the Olympics.

The performance certainly delivered on the beautiful front; both the actors themselves (who had clearly worked to achieve the kind of muscle definition only possible with a diet high in protein and low in fun) and the stage space were impressive. I was especially enamoured with the use of digital technology in the form of a montage of screens used throughout to shift the narrative atmospherically, and constructed so as to allow the actors to climb up and appear through them. 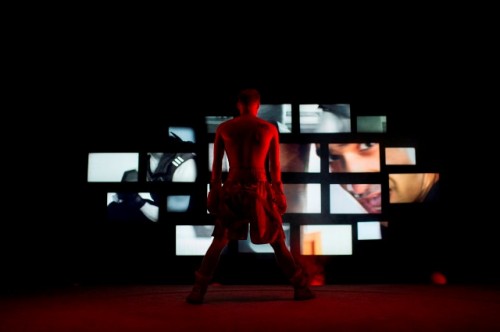 The story of the play, written by Bryony Lavery, which focuses on Cameron Burns (Stuart Ryan) a working class Glasgow boy who finds and eventually loses himself in boxing, is a little slow. I found myself looking at my watch at least twice, and the performance is only ninety minutes long. I was also irritated by the resolution of several of the character’s stories, and the message given by the ending (which I’m not going to give away here, but skip to the next sentence if you’re particularly spoiler sensitive) felt a bit unbalanced to this daughter of an amateur fighter, given the wondrous things that properly funded sports programmes can do for neglected communities. There are some lovely moments though. I particularly enjoyed the opening monologue delivered by Cameron’s mother (Julie Wilson) – cleverly timed to the three minutes of a boxing match round, and I loved Keith Flemming’s portrayal of the paternal dictatorial trainer Bobby. 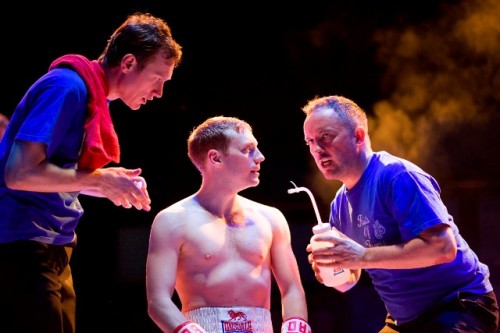 In physical theatre terms, the choreography of the boxers and the way the stage revolved to give the audience a 360 degree view of the dance-like matches was spectacular. However, the physical performances didn’t quite have the precision I was expecting. And, having spent more of my infancy than is advisable watching training sessions at Hackney Boys Club, I reckon Beautiful Burnout doesn’t, in the end, totally manage to capture the awesome agility of competitive amateur athletes – if you’ve ever seen real boxers skip, you’ll know what I mean.

So, a beautiful performance, yes, but not one I loved. Although, the roof-raising applause at curtain call, the loudest I’ve ever heard in the Quarry Theatre space, indicated that mine was probably a minority view.