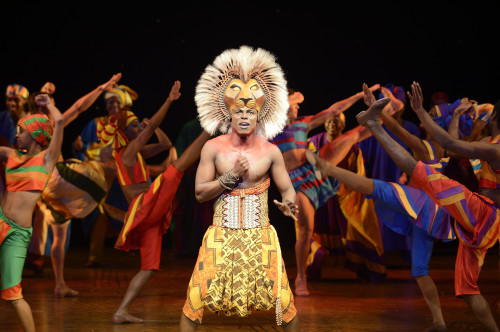 This is the 4th time I have had the pleasure of seeing the show, which clearly demonstrates that in my professional opinion (which is very professional indeed I will have you know) the show is well worth your hard earned cash. That being said, this was the first touring version I have seen. Previously, I have seen the show at its home in the Lyceum Theatre in London where it has been housed since 1999. The question was, would the touring show meet the same standard as the London production?

Surrounded by first-time audience members, I heard the excitable chatter in the auditorium crescendo to that first note; ‘Nants ingonyama bagithi Baba’ – to us who speak fluent Zulu, that’s ‘Here comes a lion, Father.’ Sung by Rafiki, a colourfully dressed baboon, the show opens with undeniably the most spectacular musical opening you are ever likely to see. The animals of the Savannah soar, trot and lumber towards Pride Rock. Some come through the audience, some holler from the box seats. The tone of the show – of spectacle, bold colours, intricate costume and African song – is unfurled on the stage. However, that being said, the Alhambra is a lot smaller than the Lyceum and this opening number, as stunning and emotive as it can not fail to be, felt a little cramped, with animals hid behind one another rather than spread out for all to appreciate. Nevertheless, the sheer scale of this opening and the welcoming of the new baby lion caused a roar from the audience, which even Katy Perry would appreciate (I’m so sorry, I just felt a cultural reference was befitting.)

The first half is aesthetically breath-taking, with Julie Taymor’s costume, Richard Hudson’s scenic design and Donald Holder’s lighting creating the most spectacular of worlds, with the creepy elephant graveyard, the mystical Bilbao tree and the dry savannah. However, after such an exuberant opening, it felt as if the savannah heat was getting to the actors. The life and energy the show deserves seemed lacking and the playfulness of the animals seemed a little stagnant. As much as the text is witty and moving, the acting seemed to reflect a company who had performed this too many times. Moments of humour and sarcasm were lost and character relationships appeared forced. Work needs to be done with the younger cast members. As confident and talented as they are, their rawness and youthful joy came across as over-rehearsed and a little insincere. That being said, the musical numbers did not disappoint. Particular mention must go to the new musical numbers which are interspersed between the Disney classics. They were stunning.

The second half must have seen the cast hit the water-hole, as the life and passion for performing came shining through. An accappella choral number exploded the second half into action and the momentum did not stop. As older Simba met older Nala, Simba’s true destiny as king was approached. All the characters stepped up their game, particularly the Scottish hornbill Zazu (an interesting and original interpretation which surprisingly worked.) Garth Fagan’s choreography came alive and climaxed in the final battle for Pride Rock. As the circle of life was complete with the birth of Simba and Nala’s cub, the company looked joyful (the giraffe even spoke to the cheetah and they had a little giggle…funny as earlier in the show the cheetah was stalking the giraffe.) 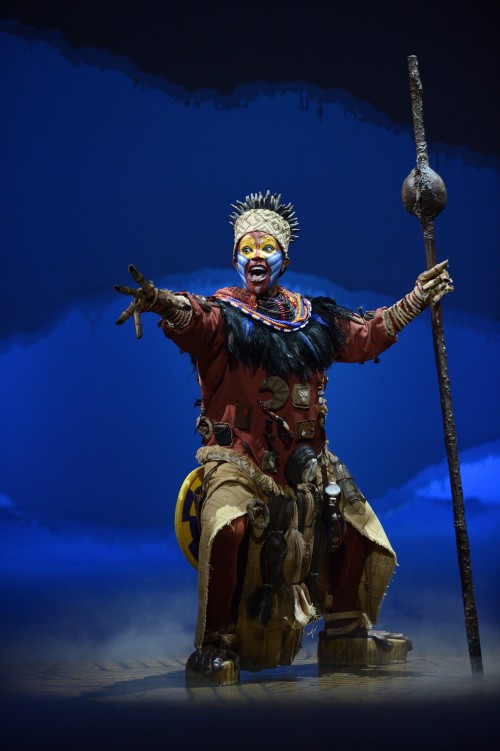 As the audience left the theatre (and by-passed the insanely priced, £14 cuddly toy merchandise) the mood was just as excitable as before. The show had instilled a magic in its audience which although my critical eye had picked up on a few flaws, had also effected me and I once again felt the childish enchantment I had felt after the Lyceum.

I sincerely hope that the touring team continue to work and develop the show and its performers rather than becoming complacent and simply allowing it to roll on. That being said, I recommend anyone of any age to visit the Alhambra or anywhere else for that matter to catch one of theatre’s most impressive musical theatre extravaganzas of our generation.