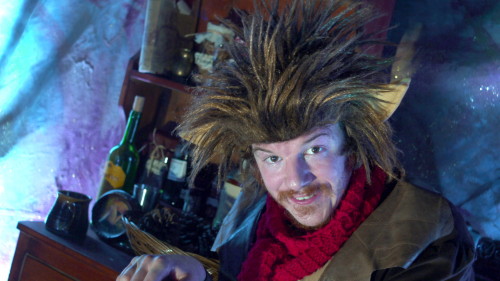 An enchanted winter forest? Check! Tea with Mr Tumnus? Check! A trip through a magical wardrobe into Narnia? Check!

Previously created in Liverpool, from the 25th of November to the 8th of December, Left Bank Leeds hosts one of the hottest tickets in town, The Narnia Experience, the perfect Christmas treat for all. Adapting C.S.Lewis’s 1950’s publication of The Lion, the Witch and the Wardrobe, this promenade production is aimed at children aged 7 and above but really is a delight to all ages. The community theatre has a large cast of 144 performers of all ages, 60 ushers and 200 costume and set designers.

The experience begins in a 1940’s style train station, where you are shown a short film about evacuation in the 40’s before, as an evacuee, you are rushed into the Professor’s house. Then the fun really starts. Groups of 30 are split into two groups of 15, one group follow Lucy’s story, which I joined, the other follow Edmund’s. 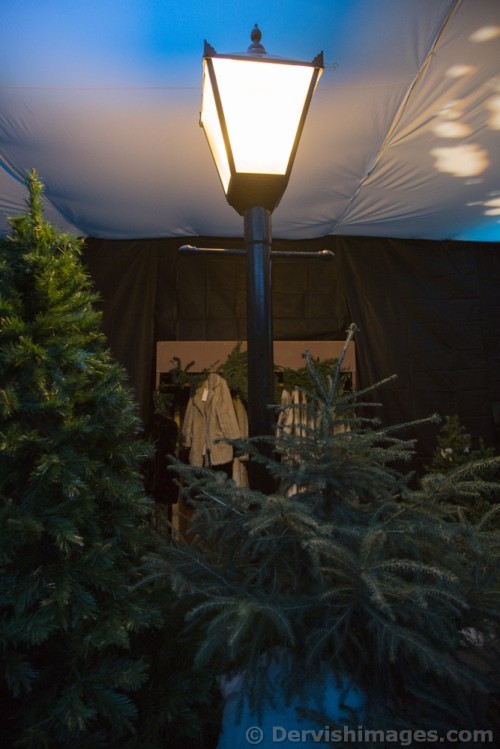 Passing through the wardrobe, you pop out the other side into a wintery wonderland, decorated with real trees and more fake snow than you could ever imagine. Then you meet the bouncy fawn, Mr Tumnus and head into his home for a song and dance.

Following the traditional story, Mr and Mrs Beaver are up next. They escort you through the rest of the production and involve you in a variety of audience participation, including folding Mrs Beavers washing, something the school children found hilarious. There is also a chance to meet Father Christmas along the way, which adds to the magical feel of the winter wonderland experience.

The two groups end up together at the Stone Table, where you are introduced to the White Witch and Aslan, a spectacular two man puppet lion, for the first time. Sitting at the sides you witness, in a child friendly way, the sacrifice and the reincarnation of Aslan, followed by the final battle with the White Witch. 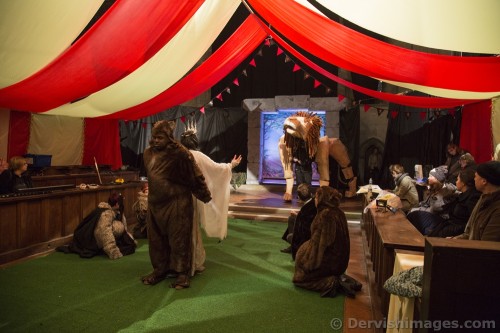 The whole performance lasts about 90 minutes, finishing the story with the crowning of the 4 children at Cair Paravel, where you are encouraged to think about the values of the story. The final step is to return back through the wardrobe into The Professor’s Study meeting the Professor, who, although human, is perhaps the most eccentric character of the whole production. A discussion on the themes of the production ensues, adding an educational value to the Experience for school age children, making it ideal for school trips.

Although a community production, the Narnia Experience has the feel and quality of something you would expect a professional front of house and back stage cast to have created. The set design is of an incredible standard with everything looking and feeling like you imagined it to as a child reading the novel.
Performances run every 45 minutes from 6:15- 8:30 pm on Monday to Fridays and 11am- 8:45pm on Saturdays and Sundays. Tickets are only £6 per person and children and adults above the age of 7 are welcome.

If you are looking for something to do in Leeds this Christmas time, the Narnia Experience is perfect for all.