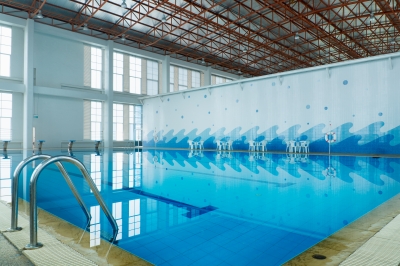 When Culture Vulture editor Phil Kirby asked me if there was anything I would be unwilling to review for this blog, my answer was swift and definitive. ‘Sport,’ I said, ‘I can’t stand anything to do with sport.’

I wasn’t lying either. I do (well, did) proper hate it, with the same passion I feel for people who queue jump at airports, or take more than 30 seconds withdrawing money from cash-points. I’ve got a whole set of deeply ingrained sport-related resentments. It’s a Freudian thing. That’s what comes of growing up in a sporting household (my Dad was a Commonwealth wrestler and my sister a British Judo champion); spending weekends watching driven young women floor grapple each other with the smell of rubber, deep heat, and sweat forming a perfume in my nostrils was not how I wanted to waste my adolescence. There were drugs to be taken, boys to be rejected by, and nightclubs to be turned away from. You don’t get over that kind of teen trauma. As you can imagine, it was therefore something of a massive surprise to me when I found myself at my computer on Sunday night, tweeting Phil that I wanted to write a blog about the Olympic swimming.

I’d been dreading the 2012 Olympics pretty much since they announced that London was going to host them. I expected rain, chaos, and irritation. But my God, when I’m wrong, I’m wrong. London 2012’s turned me into a sporting fan made a near-patriot of me into the bargain. And it’s only the third day. Gwarn LOGCOG! You win.

So I’ve totally changed my mind about sport. What can I say? I reserve the right to be contrary.

It’s all down to the swimming. Or, more accurately, the swimmers. I’m not usually one to perv over unattainable celebrity types; it seems a futile waste of valuable hormones. However, the sight of the US swimmer Ryan Lochte on the podium, holding aloft his gold medal – beamed at me through my telly screen live from London Town, changed all that quite quickly. Here was a specimen of perfect human form. There he was, a couple of hundred miles away, in my own home town, being amazing at sport.  Alone on the sofa, I blushed as though he were actually there in the room, flirting with me. And then I tuned in to further swimming events as the weekend progressed, hoping I’d catch sight of his chiselled, athletic beauty and be moved to mild arousal once again.

But lo! A peculiar thing happened – as I lusted over the lithe, God-like beauty of the strong-backed boys hurtling through the water, I realised I was enjoying the experience of watching sport. This was about more than sexual desire. I chose favourite contenders based on nationality, looks, and charisma in interviews. I cheered them on in races and felt my heart beat quicken as I willed them to win. I was almost destroyed when Lochte and his USA teammates were beaten to the gold by France in the men’s 400 metre freestyle relay.  I cried real life pride-tears when Rebecca Adlington took bronze in the women’s 400 metre freestyle.

With my new found love for indoor water sports I even made a point of watching the synchronised diving, and when someone tweeted that it was a ‘silly’ sport I was moved to anger. Had she not seen those focussed, indomitable, perfectly honed young women bounce – once, twice, thrice – and then jump gracefully into the air, twisting, spinning, gliding elegantly into the water in perfect unison? Silly!? Are you actually serious? These people train for years. They give up friendships, nights out at the cinema, Saturday morning lie-ins, the lure of illicit drugs, of drunken parties where you might get off with your mate’s hot brother. And for what? For those fleeting moments when they can soar towards the heavens like angels, or dolphins; when they can spin in mid-air, legs tucked to chest, body folded in a world-class somersault, the roar of the crowd tingling on the surface of their skin.

I get it! At last! Sport’s not about buying into the tedious daftness of essentially pointless competitions where highly-strung prima-donnas show off their physical prowess. It’s about the human spirit. It’s about what you can achieve with determination, focus, hard work and perfect abs. It’s about very attractive people being the best in the world. I’m hooked. And as luck would have it, I have a month-long visit to my home town scheduled to begin this week. Look out for news items featuring a hysterical blonde dressed in leopard-print hanging about the Aquatic Centre attempting to seduce a certain member of the US swim team. I’ll let you know how I get on.