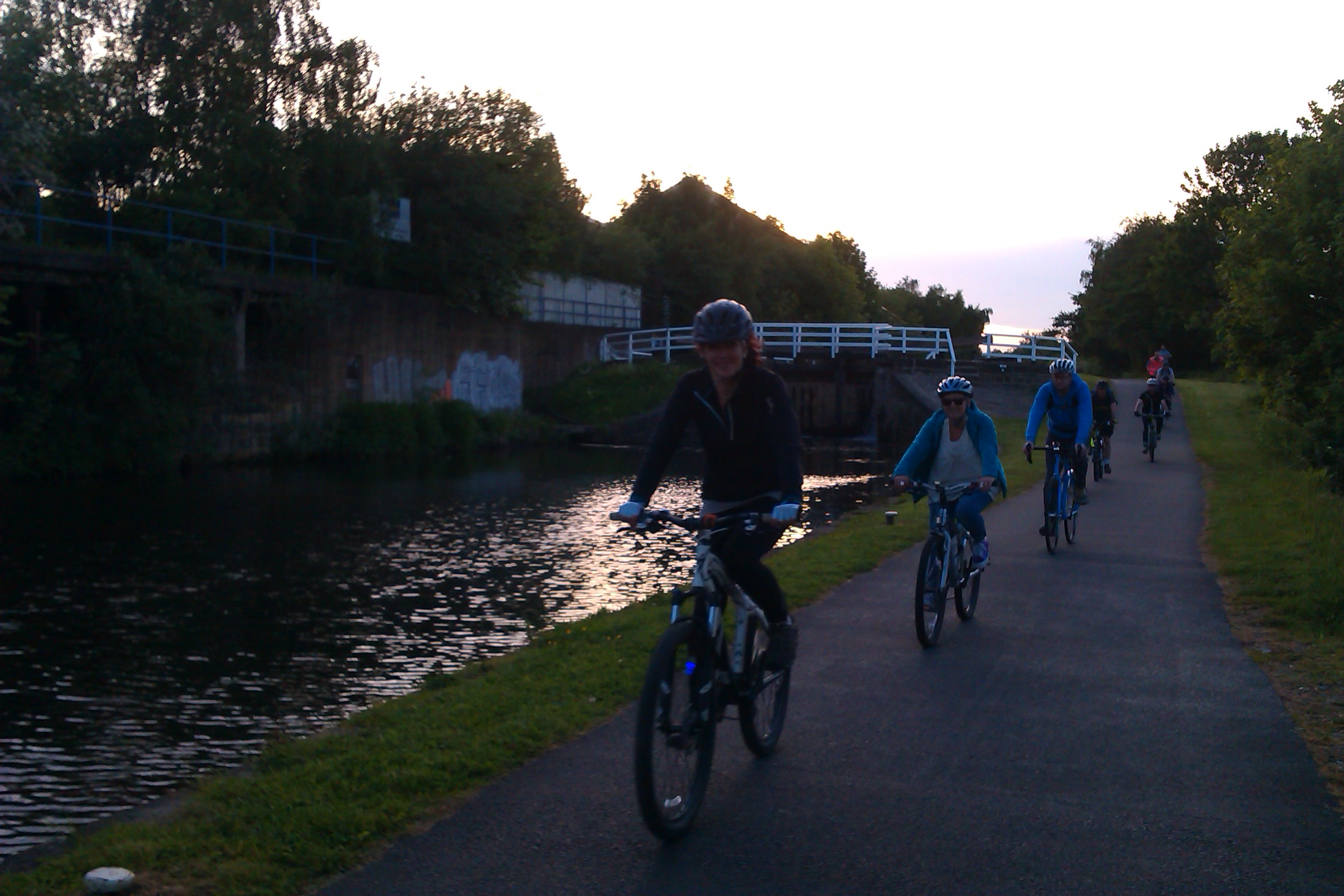 Christopher Lee, a ride marshall for the Ghost Peloton, reminisces on Pedalling in from Temple Newsham …

I was a ride marshal for a group of 15 or so spectators Pedalling In to the Ghost Peloton from Temple Newsam, along with Rupert (Sustrans’ Area Manager for North and East Yorkshire). Similar groups were also being Pedalled In by Sustrans volunteers from Thwaite Mills and Kirkstall Abbey.

Cycling is great. It’s something I have a great passion for, so any opportunity to broaden its appeal and help get other people involved is a welcome one to me. 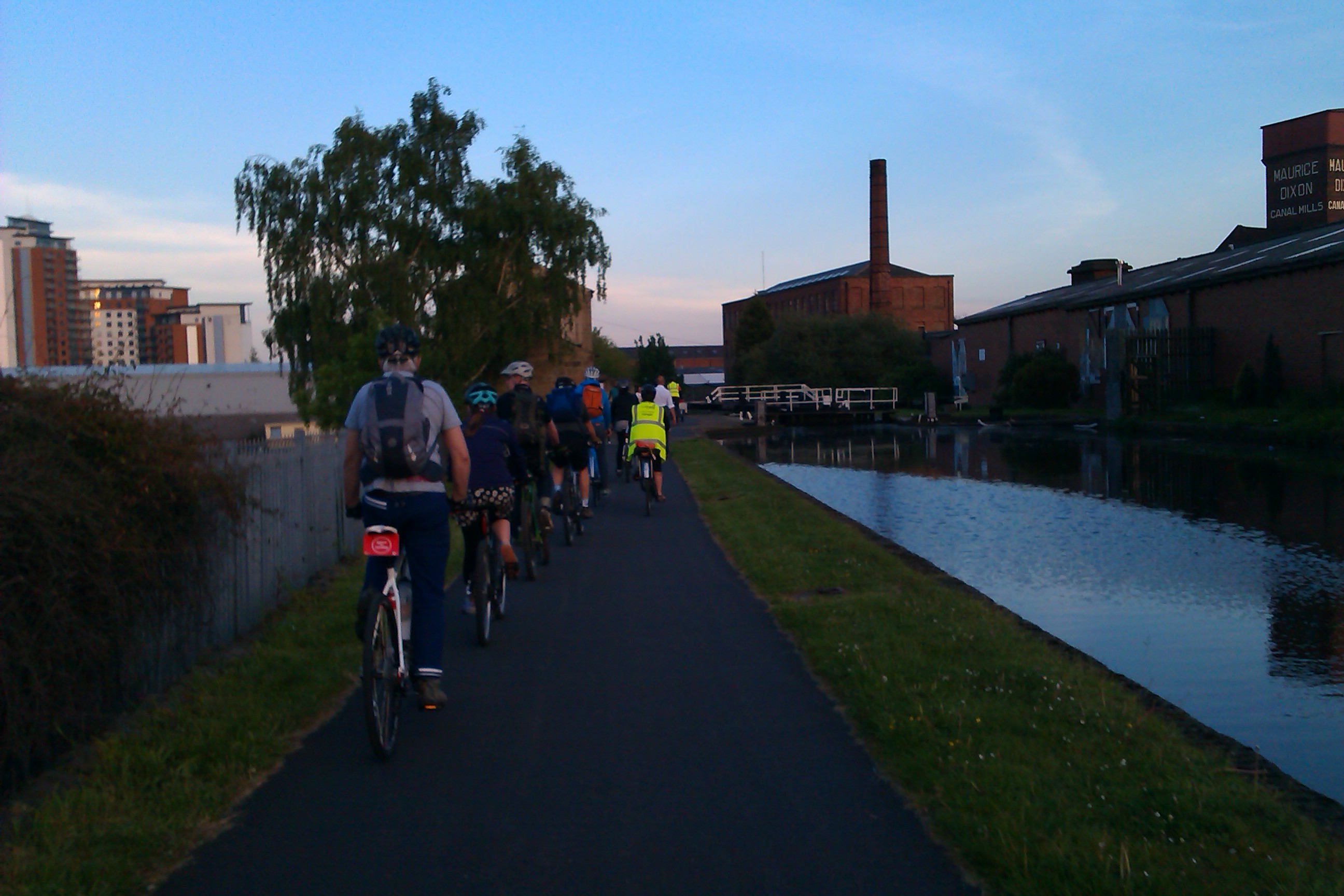 Yorkshire’s upcoming Grand Depart is already generating a huge buzz. Commemorative yellow bikes already dot the 119mile route, as do recreational cyclists keen to test their legs. The hype surrounding the event is building, and it highlights a positive and important trend in the UK toward greater engagement with and participation in cycling, which can only be a good thing.

The Ghost Peloton was (and is) an incredible piece of performance art, perfect in scope and tone to celebrate the Grand Depart. The opportunity to get involved with the Pedal-In element was very inviting: a chance to be put my recent bike ride leader training to the test and, more importantly, a chance #tobepartofit and play a small part in the event of the year. The Pedal-In itself is a great example of the kind of event Sustrans host, too: inclusive, fun, and sociable. I’d definitely recommend getting involved.

The ride went well – everyone enjoyed it. The event was awesome – everyone was awestruck and then the Pedal back out again in the pitch darkness was even better!

Ghost Peloton – can we do it all again?