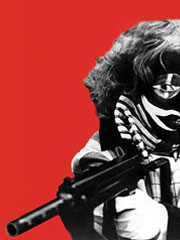 Culture Vultures got hold of a couple of tickets for last Saturday’s comedy workshop at the West Yorkshire Playhouse and Jayne Rodgers (@janeydodge) positively pestered to go . . . the result was, erm . . . funny. Well, it made me laugh at least.

Q: What do you get if you hustle for the prize for a competition you didn’t actually win?

A: Bad karma and a shock to the system (and serve you right.)

This is how I ended up an actors’ improvisation workshop, kindly donated by West Yorkshire Playhouse via Culture Vultures. I thought it was for writers and performers but just because the ‘Told By An Idiot’ theatre company said so in their blurb didn’t mean it was necessarily true. That’s improv for you, I suppose.

I should have heard warning klaxons when, on arrival, we were told that it would be best to work in bare feet. ‘Bare feet for a writing workshop?’ I thought, ‘how radical and fun.’

Turned out my notebook was surplus to requirements; we spent most of the day creeping like cats, slithering like snakes and pretending to be contemporary dancers. None of this comes naturally to me – I am wilfully out of touch with my capacity for interactive play – and I spent the first half hour muttering under my breath about the madness of ac-tors.

After a while, though, I started to get into it, mainly because the only person who looks like an idiot in a ‘how high can you hop?’ session is the person standing still. And I discovered things about myself. For example, I am brilliant at conversations where each sentence has to start with the next letter of the alphabet but rubbish at wordlessly teaching an alien how to make a cup of tea. These may not be necessary life skills anyway but, hey, it’s good to learn one’s limitations.

And it was a lovely, good-natured, fun day – everyone cooperated willingly in the off-beam exercises, though I feel that some of the participants were doing some improv with their own personalities in this regard. I know I was.

Less friendly was the later debate exploring the question of whether anything should be off limits in comedy. Yes, no, maybe, was the rather unsatisfactory conclusion of the somewhat nebulous discussion. One panellist was a professor who provoked questions whilst occasionally accepting points made by other panellists. The other panellists – a humourless comedian and an actor/director – were less skilled in rhetoric (which is odd, right?) and blustered and blathered respectively.

The comedian took an aggressive ‘it depends on context’ stance: racism, misogyny, sexism, laughing at disability = all acceptable if it’s ‘funny.’ What he was unable to pin down, or even willing to discuss, was a) how can it be? and b) even if it is, should we not consider the consequences?

By contrast (and perhaps appalled by the comedian’s position), the actor seemed keen to position himself as a wholly reasonable person – a marvellous thing to be in real life but sort of missing the mark in a debate. Unfortunate too, as his reticence allowed the comedian to present an unfunny and ill-considered perspective on comedy, creativity and censorship.

As may be evident, the comedian made me quite cross. I considered sneaking up like a stalking cat and pouring pretend boiling water on him from my imaginary alien kettle. I decided against though. I still don’t do improv.