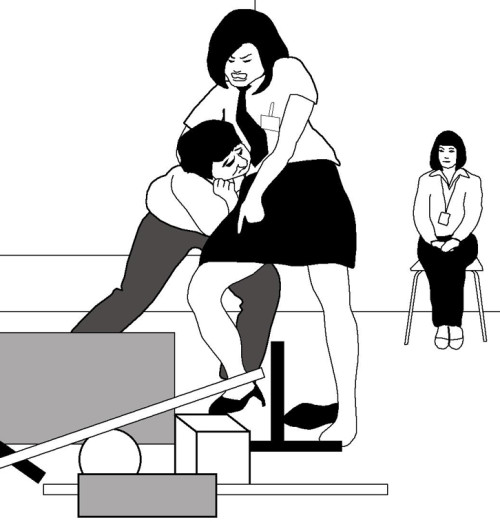 Ever since I was an art student reading about the exploits of the Dadaists – I imagined them to be some kind of psychic adventurers in a Conan Doyle novel – I wanted to be part of a maverick gang of subversives who confounded the existing conventions of society. Well now I have my chance. 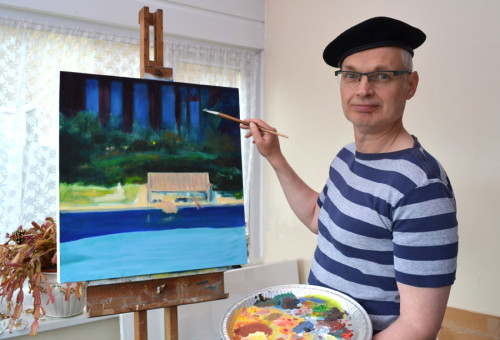 Fact: Bettakultcha is a phenomenon in Leeds – four hundred people recently filled the Town Hall at one of the events. Why is it so successful? No one is really sure but it is an evening of slide show presentations given by enthusiastic and passionate volunteers using a strict template – 20 slides, 15 seconds each and NO SALES PITCHES!

Yes, I know, it sounds deadly dull, but it works in a spectacular manner … Just take my word for it because I have a story to tell which jumps off from that fact …

I was visiting the Leeds art gallery one day and was wandering around an art installation that made no sense to me whatsoever – it looked like perfectly good office furniture had been broken up and arranged in a haphazard fashion.

Now, I’m an artist with a degree and everything but even I was thinking, “WTF …?” So how must a casual visitor with no art background or training react to such a thing?

Then I went out into the street, into the real world and I noticed how officious the world had become … signs everywhere, bullying uniforms, health and safety imposed, secret courts, surveillance … and I thought, ‘why doesn’t ‘an artist’ make some kind of comment about issues that affect the general public in the real world instead of creating installations that exist only in the closed loop of art language to an absurd degree?’

I imagined trying to do such a thing myself.

First, I would have to spend several years practicing as a committed artist and networking with acceptable artist circles. Then I would have to apply for an Arts Council grant and write some suitable bullshit that justifies my application on intellectual grounds. Next, I would have to correspond with various art galleries asking them if I could be considered to go onto their considerable waiting list of would-be exhibitors. In the meantime I would have to do lines of cocaine with the ‘right’ movers and shakers in the art world and get my name known as an ‘enfant terrible’ or something.

Let’s say I wanted to invent a new art medium, like paint or video, but I wanted to make it contemporary and visceral: what would I come up with? Probably something digital, something performance based, something grounded in naked humanity with a few simple rules …

Er, that’s a description of Bettakultcha.

Of course! Bettakultcha is the new medium! We could be the new curators of ‘common’ conceptual art.

Society is increasingly dependent on bizarre ideas to function – we all agree that numbers in a computer represent ‘wealth’. Art is the same; whoever calls something art makes that thing art. Bettakultcha therefore will be the arbiters of new art and anyone contributing to the performance will be deemed an artist.

Bettakultcha has a gig coming up in Hebden Bridge on June 25th as part of their arts festival, what better opportunity to launch the concept of the Art Furnace (the furnace destroys material to create other materials more valuable to the operator)?

So I thought I can explain my conceptual art through the medium of Bettakultcha and avoid the tedious process of finding the funding etc. The invitation is open to everyone – no art degree required.

As if to illustrate my point, as I was compiling my artwork for the event I thought I would take some photographs in an art gallery to illustrate my ideas. I made the stupid mistake of telephoning an art gallery and explaining what I was doing and why I was doing it. They responded by emailing me a form to fill in. Not only was this form in a format that my computer couldn’t read but it also put another obstacle in my path of action. It seemed to me that everything in life was designed to prevent people from doing anything by their own volition. Permission was needed for everything.

It will be interesting to see if the people of Hebden Bridge (who have a reputation for free thinking) will take up the challenge and astonish the world with their incendiary ideas.

Be a part of history. Attend the very first Art Furnace (or better still, contribute). Smash the marketplace!