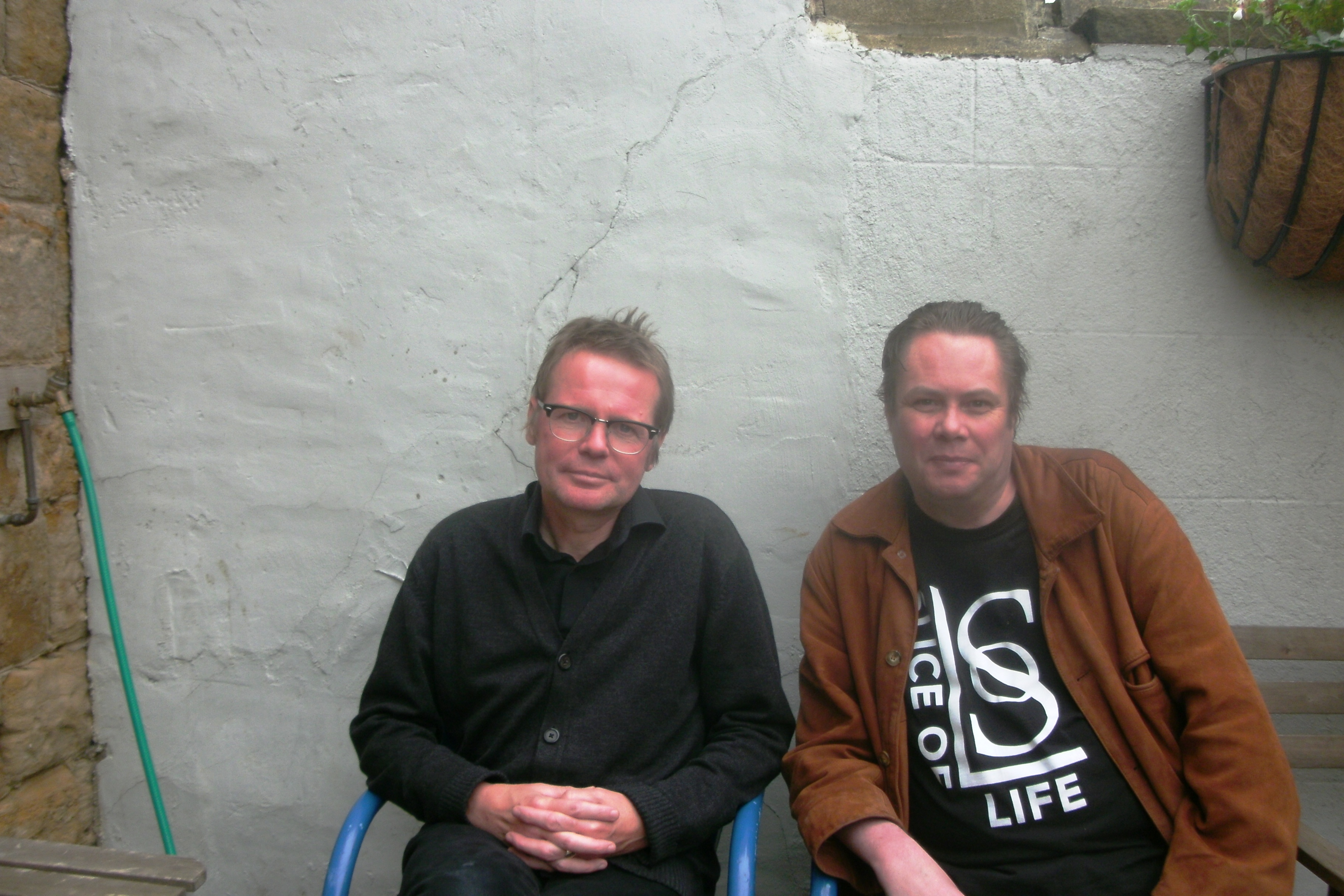 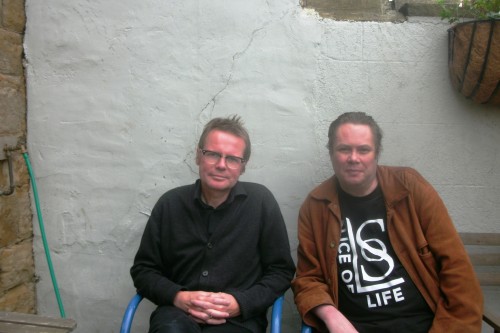 In a two-part in-depth interview Culture Vulture Rich Jevons talks to writer and musician Boff Whalley: Part One on his days with anarcho-popsters Chumbawamba, Part Two post-Chumba activities including the agitprop play We’re Not Going Back that tours to Bradford this month and Leeds next year.

Rich Jevons: Do you ever get nostalgic about the old Armley squat days and can you give an example of your life back then?

Boff Whalley: Frankly no, I don’t get nostalgic about it – but I look back fondly at that time when asked. It was a tremendous place to grow up and learn, to learn how to live with people and share things. Everything was communal, we shared all our money even when some people didn’t work and others did. Every night was a coming-together of 8 or 10 of us with a big meal. It was incredible really.

Having said all that, we were defiantly not hippies! We were politically active, didn’t do drugs, got involved in various community projects. I worked voluntarily at a local daycare nursery for two years. It wasn’t without its problems either, but as I say what a great way to join a rock ‘n’ roll band and grow up, at the same time. I don’t have any nostalgia for the few times we were raided by the cops

What does the idea(l) of anarchism mean for you in 2014 and how does this affect your writing?

It means roughly what it meant when I first found out about it when I was about 17, which is that it’s a positive, revolutionary version of mutual aid, no bosses, no slaves, everyone involved in the way things are run.

It means even now I can’t, won’t, and never have worked with idiots who throw their power around. My writing, like everything else, comes from this place. It all sounds very dry and theoretical but it’s as much about making sure I have a good time in life without stepping over other people (in short, capitalism). 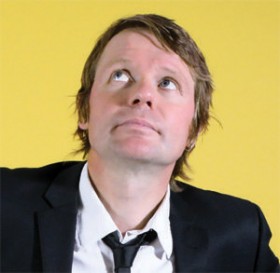 Tubthumping on Top of the Pops

What was it like being on Top of the Pops?

I grew up watching Top of the Pops so when we got the chance to go on it we thought it would be really exciting. The mythology and nostalgia of it is great but the reality of it is just so completely different.

The song [Tubthumping] went in at number 2 and we were signed to EMI in Germany who were lovely people, EMI in Britain didn’t want to know because they knew about our [radical] history. There were these women on the [studio] door with flowers and we thought they were waiting for someone famous so we walked past and went to the dressing room. Twenty minutes later [it turned out] that they were EMI employees giving us flowers but didn’t know what we looked like! This sums up our relationship with EMI UK, we never got to know any of them at all.

Top of the Pops was little dressing rooms, lots of people running around with clipboards and stopwatches and you run through it several times with an audience of about thirty people. The cameras are right up next to them so you imagine there’s a couple of hundred people there. They get herded around like cattle and it was just all a bit naff.

There are people who do those shows and it’s the highlight of their [career] – we were just like, ‘What is this?!’ We didn’t mime the songs but we used a backing track so all the vocals were live. They didn’t even bother to ask us if we would not sing the line ‘Pissing the night away’, they just dipped it when they put it out.”

My fave Chumba album was Un with that South American feel.

Harry [Hamer] and Alice [Nutter] had been collecting stuff from all over the place and Alice went to Cuba and came back with recordings of Cuban buskers and people just singing on the street and in cafes. So we just gathered all these bits and it was good because Tubthumping and WYSIWYG were so much to do with our culture. So we thought let’s talk about things that’s happening internationally. 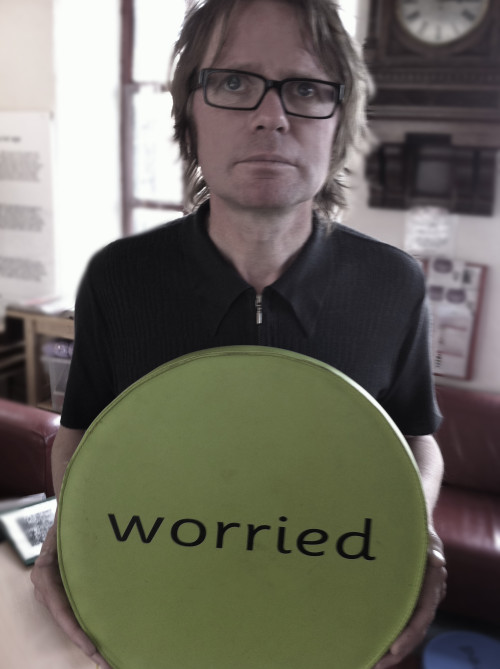 In a way that was your equivalent of The Clash’s Sandanista. There’s that awful TV show interview question: ‘How does being an anarchist go with being a very rich man?’ Conversely Crass have that line: “Anarchy’s become another word for ‘Got 10p to spare?’” There’s the popular misconception that having money is evil.

Everything that we did as a band, once we’d got past the first two or three years, it felt like we were just learning things all the time, all the way along. And it was really strange that other people, much younger than ourselves, were telling us that we shouldn’t do these things, because their politics were youthful and sharp.

For example, you’d be playing in a small venue in Ohio and realising that it’s important to talk about politics. Then you end up in an hour-long conversation with a kid who’s realised you’re wearing leather shoes and he’s a vegan and he thinks you’ve sold out.

To me those arguments had disappeared a decade earlier – it was like, ‘Look I really don’t care, I’m vegetarian, that’s fine, but it’s not part of my militancy.’ I do think money is the root of so much to do with inequality, unfairness, death and torture all around the world.

What happened with [the international success of] Tubthumping was just brilliant for us. Instead of harking back to people like Crass and all that thing of ‘pay no more than £2.99’ [for an album] that was brilliant at the time, we were looking further back to the Sex Pistols and what they did with companies and with money.

Let’s take a leaf out of the Situationist book and get some money for this, give a lot of it away which we did which made us think it was useful, it was worth it. But also let’s travel around the world and appear on all these TV shows and have a good time because we knew it wasn’t gonna last.

Click here to read what Boff Whalley has been up to post-Chumba.