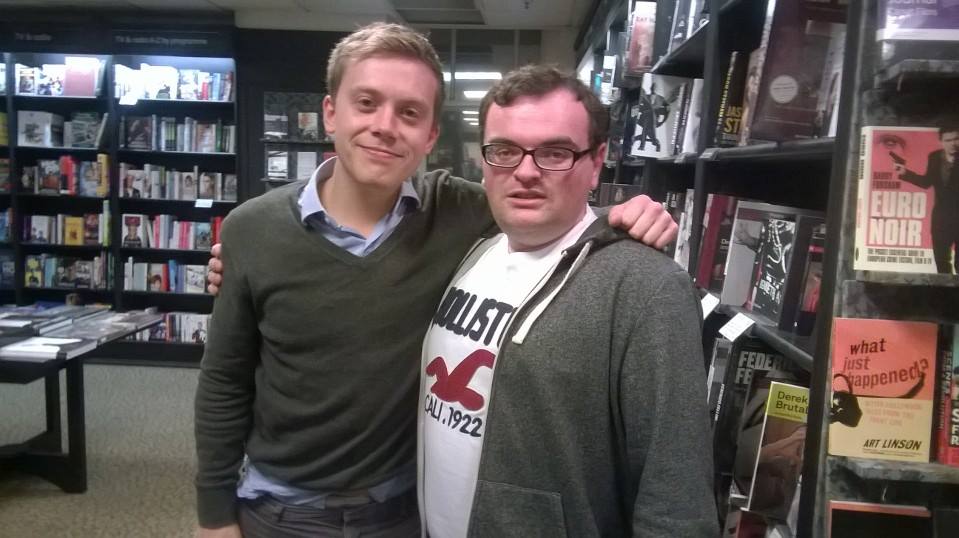 Damon Cooper is Wondering why he’s bothering with public speaking? …

Last month I spent an evening with Owen Jones standing five feet directly in front of me delivering a speech about his latest book The Establishment. Whilst Jones was enthusiastically slamming the practices of the powers that be in this country and trying to inspire an audience, I was thinking this is the sort of thing I want to do.

I do have previous form when it comes to addressing an audience.

In 2012 I spoke about how fragmented the Leeds music scene is and it’s time proper infrastructure was put in place. I passionately argued that anyone born in this city with musical talent should be able to go from playing in their bedroom to wowing 13,000+ at Leeds Arena. It all fell on deaf ears and I have since resigned myself to thinking it’s not my battle to fight as I can’t play an instrument, sing or make any sort of career in this city’s music scene to save my life. At least I tried.

This upcoming Tuesday, 7th October I shall be in the Leeds Civic Hall giving the speech of my life so far about my experience on The Work Programme, a disastrous government welfare-to-work initiative that was supposed to help me into sustainable employment. Yet here I am still claiming unemployment benefits despite serving two years on this flop which is costing taxpayers five billion pounds.

Surely five billion pounds could be better spent on something else?

Jeremy Vine, the BBC Broadcasting Journalist, once wrote the audience have better stories than we do and I agree. My story is just one of many that needing to be told and if you decide to come along on Tuesday you will discover that every member of Leeds Asperger Adults has their own story to tell too. I am hoping my speech will get others to open up because being silent just keeps things as they are. Well, it has done for me.

When I sent an email to ideas@madetelevision.co.uk all the way back in August, the doubter in me never expected things to turn out the way they have. Now due to the conversations I’ve had with Paul and Clair from Fixers plus Isi and Dave from Made TV, I am now quietly confident I am on track to eventually produce a TV Programme which will be a vehicle to make Leeds the best city for disabled people in the UK by 2030.

The brief bit of writing above barely scratches the surface of what I’m covering this Tuesday so I highly recommend you come along to the Civic Hall for what will be a fifteen minutes keynote speech from me followed by comments from the audience.

You never know, the council might give us free tea and coffee. If not then the ever reliable Margaret and Eric, respectively treasurer and chairperson of Leeds Asperger Adults will most likely be bringing refreshments.