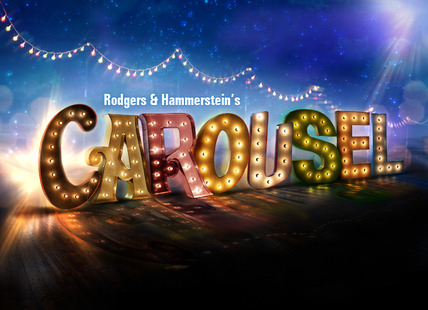 Last time I saw a musical I was dressed in Andy Pandy pyjamas, guzzling Calpol, demanding my mum dab more calomine lotion on the bits of my body I could not reach to scratch.

I’m pretty sure it was on a black and white telly – though that may be the chickenpox making my mind go all spangly – and I recall wishing I had a big sister like the funny lady with the rifle. I’m dead certain that if you got me drunk enough now I could manage at least the first two verses of The Deadwood Stage. Funny what you remember from childhood.

I’ve managed to avoid musicals ever since. The nearest I got was a fourth form English assignment, “What did you watch on TV this weekend?” I lavished praise on an Albie Sachs play – something worthy and wholesome and politically impeccable, and something which contained an important message which sadly I’ve forgotten – and compared it to what I’d refused to even consider on BBC2, which was West Side Story. I’d only seen the trailer which involved a song called, “Gee, Officer Krupke.” I can still remember laughing guiltily at the words;

“My daddy beats my mommy, My mommy clobbers me, My grandpa is a commie, My grandma pushes tea, My sisters wears a moustache, My brother wears a dress, Goodness gracious, that’s why I’m a mess!”

and the refrain, “we’re disturbed we’re disturbed we’re psychologically disturbed”. . . Hell, I hated it! Was this going to change society? Was it going to rouse the masses to overthrow the status quo? Were capitalism, imperialism, racism and sexism going to have second thoughts? Would patriarchy give a damn? Would it make any impact on the ozone later? I seriously doubted it. Bloody musicals, they were rubbish, I argued. Ought to be banned. Until we’d saved the whale, at least.

I was an adolescent. I knew everything!

My English teacher, kindly, saintly, ever patient Mr Cockerill (imagine Charles Haughtrey with a dash of Will Self, he was a character and the dearest man I ever met) read my diatribe, and took me aside with a sigh. “Philip” he said, “sometimes you’ll like things that aren’t good just because you agree with them, and sometimes you’ll try to hate the things that are good just because you don’t understand them yet.” Then he patiently explained West Side Story.

I wasn’t impressed. Musicals were just . . . just froth . . . frivolous . . . fun. Just dressing up and pretending. And what was with all that singing malarkey! I was a total prig when I was younger.

But, Mr Cockerill, if you’re listening, I’m going to see Carousel next week!

In fact, I went to a behind the scenes bloggers event with Opera North the other day, just to watch rehearsals. Or rather something which had an incomprehensible German name that I forget (sounded like a proctological instrument, which made me snigger- sorry.) I didn’t quite know what to expect – and I suspect, by the quizzical looks on their faces, the assembled artists didn’t know what the hell we were doing there either! But it was . . . it was . . . oh, bugger it, I’m going to use the word . . . awesome!

And, yes, I am fully aware what that word means. Another thing I have to thank my favourite teacher for, he was devilishly prickly about verbal precision.

There were two moments that particularly stood out. I would have been happy just to have been around for the warm up. There’s something thrilling in that transition between the jangling, tinkling, thumping, squeaking, tooting racket of fifty or so individuals tuning their instruments, and the pause before the first note when they come together as one.

The orchestra had gone through the first bit (heck, I wish I had the vocabulary for this) and, as far as I was concerned, it was perfect. I’d had one of those hairs-standing-on-end moments, I was happy. The conductor stopped, shook his head ever so slightly, and said something quietly to the woodwind people . . . I have no idea what he was on about, I just thought he was some guy with a stick. Fascist!

The orchestra went at it again. I was feeling a bit blase, I’d done this, heard that, time to move on . . . But I actually heard a difference. The flute people really did change the way that bit sounded. I don’t know if it was an improvement – I was far too busy wondering about how that just happened – but I’d noticed the difference. And I’d seen the faces of the players, they’d got it too. And it was . . . hate to say it . . . quite magical.

The next moment was with one of the singers. The chorus had done their bit – and, hell they were loud! – and then there was a scene with one of the ‘star’ singers. She began with a whistle – and if ever she’s at a loose end there’s a hillside in Yorkshire and a Border Collie waiting, just give me a ring – and began to sing. Well, talk then sing. Again, brilliant for me. Conductor furrowed brow, shook the head a fraction, and said something incomprehensible. Singer nodded, said yes, precisely, yes, of course, thought so too, she could do that. Then . . . did it. And I heard it, which was a bit . . . awesome . . . just kidding. But still, impressive.

Unfortunately right after that we got the whisper from on high and had to vacate our seats. The bloggers stood up and silently shuffled our way out of the Assembly Room and were escorted back to reality – or as close to reality as New Briggate gets on an overcast and gloomy Monday afternoon.

I asked if any of the bloggers who’d come along fancied doing a post for Culture Vultures about what we’d all just experienced but everyone seemed a bit reticent, which is why you got me wittering on – any one of them there could have done a better job!

All I can say is that we are all going back for the actual production on May 5th. I imagine it will be a great show if the rehearsal we just saw is anything to go by. I just hope someone else volunteers to do the review . . .