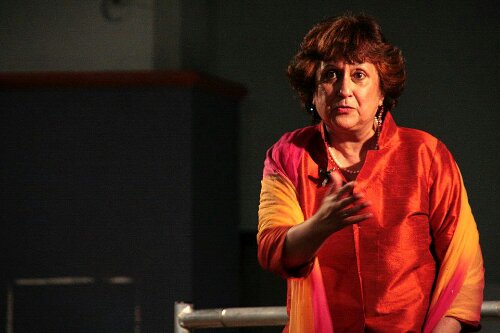 One hot day in August 1972 – according to wikipedia – Ugandan dictator Idi Amin (aka the Last King of Scotland) woke from a vivid dream in which God had spoken to him and ordered the expulsion of the South Asian population from Uganda, giving them 90 days to leave the country. Wikipedia does not go into detail about the consequences of any failure on the part of the Indian and Pakistani minority to exit with requisite speed, although allusions to ‘ethnic cleansing’ and ‘sexual violence’ in the prose suggest penalties were… erm, pretty severe.

I realise that the tone of that opening paragraph is a bit flippant in light of the subject matter. That’s intentional btw. It reflects my attitude towards and the sum total of my knowledge of the South Asian expulsion from East Africa prior to last Saturday. For me, the event was yet another trauma that happened to people in a country far away and long ago. Another event to add to a long list of human suffering that I know about, peripherally, but feel too afraid to get close to, in case the details take my brain to that dark place I keep avoiding by tuning into Britain’s Got Talent, drinking cheap white rum, and dancing to old Britney Spears albums instead of watching Newsnight.

Last Saturday, however, I was forced to engage with political history when Maya Parmar, my friend and colleague from the University of Leeds, held an event at Leeds City Museum to mark the anniversary of the expulsion. She cleverly ensured that I couldn’t back out of attending at the last minute by asking me to write a review about it for Culture Vultures. The very review you’re reading right now, with your eyeballs. Funny old world, innit?

‘Expulsion: 40 Years On’ celebrated the culture and traditions of the twice-displaced South Asian community with a series of performances and workshops. The first part of the event was interactive – food tasting (delectable treats provided by Hansa’s – if you haven’t been, I can more than recommend it, for reasons including the quality of the food, and the laid-back atmosphere), dance (Gujarat ‘Dandiya’ – stick dancing, and ‘Garba’ – a folk clapping dance), and storytelling (by the charismatic Peter Chand). This was a family event and so there were lots of teeny children and harassed parental figures getting involved in the activities – they seemed pretty engaged and smiley for the most part (which, in this reviewer’s opinion is a Good Thing). 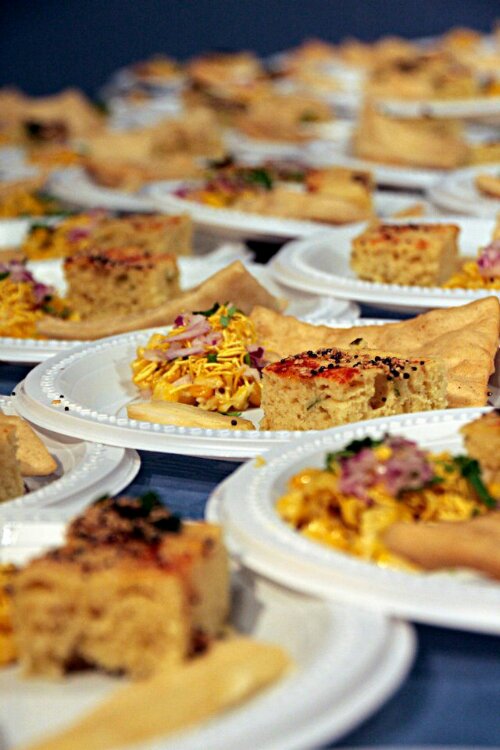 While I like to think of myself as a free spirit engaging wantonly with fun all over the town, Saturday revealed that I’m not really a dancey, jolly, joining- in-with-family-fun kinda girl. For much of the interactive part of the day I sat all sour-faced in my chair, too self conscious to have a go at dancing in public, even though it looked like a laugh. If I’m honest, I could have done with a bit more reading matter to sustain and educate me during this period: I got through the information in the programme pretty quickly and then found myself tapping frantically at the iPhone, looking for articles about the expulsion on google-scholar so that I could expand my understanding, and avoid looking any strangers in the eye. Still, that’s maybe my problem rather than an oversight on the part of the event organisers.

The second part of the event, Yasmin Alibhai-Brown’s one woman piece Nowhere to Belong, was the part of the day I had been looking forward to the least. The words ‘One Woman Show’ are synonymous in my business (the academic study of performance, if you’re interested), with slightly hysterical feminists showing you their cervix, cooking, and talking confrontationally about periods. I was not anticipating what emerged – a subtle, moving, intelligent, and sophisticated monologue, delivered with a frankness and vulnerability that suggested the world lost out when Alibhai-Brown abandoned her adolescent dream of becoming an actress.

Nowhere to Belong narrated Alibhai-Brown’s experience of growing up in Uganda, and examined how her sense of identity was formed in the lush green hills of a country where the people were segregated by class, race and religion. By framing the story within a recital of moments from the key works of Shakespeare, she managed to expose how Shakespeare worked in the colonial environment of her youth both as a form of Cultural Imperialism (an argument well trodden by academics, and outlined for those who are interested in this Guardian article and the comments thread) and as an enriching and important part of her education. The poetry of his plays helped her to come to terms with her own experiences and to understand the darker side of humanity those experiences exposed her to (her father’s gambling, racism, exile, forbidden love). Although the specifics of Alibhai-Brown’s stories didn’t totally resonate with me (unlike many in the audience, I couldn’t laugh along in familiarity at recollections of Asian schoolgirls in Uganda crying out for their black Nannies during the school play), her sharing nonetheless chimed with me in its universality – don’t we all have experience of carving out an identity in an indifferent and sometimes frightening world? I really was moved by the show; at points it made the edges of my own pain rise up and push against my skin in the way that only the best art can. I so wasn’t expecting that.