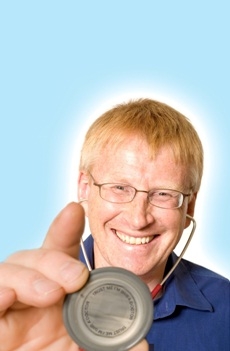 Phil Hammond is the only practicing GP who is also an award winning stand up comic and he brings his Rude Health show  to the City Varieties.

It’s a light heated and irreverent show based on his childhood in Australia, misadventures as a junior houseman and a spell working in a sexual health clinic.

“I generally give people a choice between the political and the anatomical and they generally choose anatomy, but I also have a fair old go at the NHS reform bill.

“I have this theory if you get your top and tail, your mental and sexual health, sorted out then the rest is somewhere in between. Part of the show is about you should be a patient, how to survive the NHS and how to get out of it alive.”

As part of the act Phil offers impromptu consultations on stage, but one night even this battle hardened medic had a bit of a shock.

“I had one person in Canterbury and couldn’t get to the doctor so she brought a sample which I tested on stage and diagnosed a urine infection.

“Unfortunately, I didn’t have my prescription pad but another doctor in the audience, who was a GP, did and he prescribed a dose of antibiotics saving her a trip to the doctors.  I’m not sure what the General Medical Council would have thought of that, but it was worth a trip to the theatre for her.” 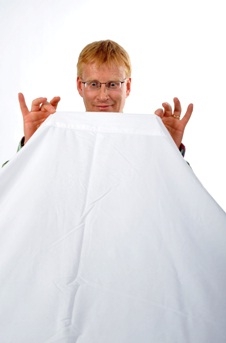 Phil has seen some sights working in a sexual heath clinic but is passionate about removing the shame.

“But the worst thing is seeing people’s emotional life being destroyed. Herpes has a huge stigma attached, but essentially it is a cold sore gone south. It’s like chicken pox on your knob, but you don’t tell people with chicken pox that they are lepers or incurable.

“People who get herpes can have a huge psychological stigma, and some people commit suicide or are profoundly depressed.  So I’m a patron of non sexy charities that Madonna and Camilla don’t want like the Herpes Virus Association.”

But it is not all fun as, like many GPs, Phil is furious at the impact of the controversial health bill currently the focus of fierce debate inside and outside Westminster.

“I don’t agree that the legislation is making the NHS more competitive or better.   If you introduce very complex legalisation into what is an already a very complex system the only people who seem to benefit are lawyers and management consultants.  That irony is that when you consider the only professions MPs seem to had have had – if they had any job at all – is being a management consultant.

“I think the thing that makes me most angry is that before we introduce a new treatment into the NHS it has to be evaluated that it has it does what it is designed to, but they don’t do the same to political reforms.  Someone like NICE should looking at this legislation, and I don’t think the evidence is there to justify the huge expense and disruption.”

Phil may be the only practising GP on the comedy circuit but he is not the only funny doctor, and he harbours a fantasy of bringing them together in one surreal group practice.

“It’d be great to have Harry Hill back as a GP, and I’d get Jo Brand in as a nurse.  Monty Python’s Graham Chapman was a doctor, so is Grahame Garden and Jonathan Miller was a doctor. My former comedy partner Dr Tony Gardner is now the randy professor in Fresh Meat, so the NHS has missed out on some really funny doctors.

“George Burns had a great phrase that sums it up: ‘laughter prevents hardening of the attitudes’.”