A Ghost Peloton rider’s account, in words and watercolour, by John Baston …

At my first rehearsal for Ghost Peloton, on a cold and windswept industrial yard in central Leeds, it felt a long way from the slick graphic that had attracted my attention and made me interested in being part of this performance. How could this raggle taggle band of volunteers, cycling uncertainly around the tarmac, transform into that swooping unity of light and colour? 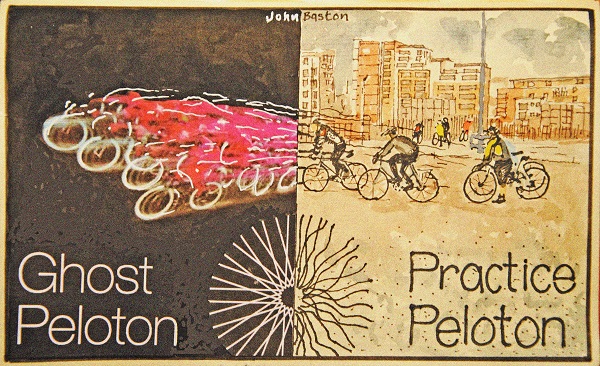 We began to test out ideas for shapes, movements and patterns with Sharon and Charis from Phoenix Dance Theatre. Bicycle meeting choreographed movement. What could the bikes do? What was within the capabilities of the riders? Some ideas were discarded, new ones thought out. A creative and practical dialogue began to develop between cyclists and choreographers. One idea that had potential and an obvious point of reference was the bicycle wheel-like ‘spoke’ pattern. This was going to require precision riding from individuals and careful coordination of the whole, to keep the wheel turning true! 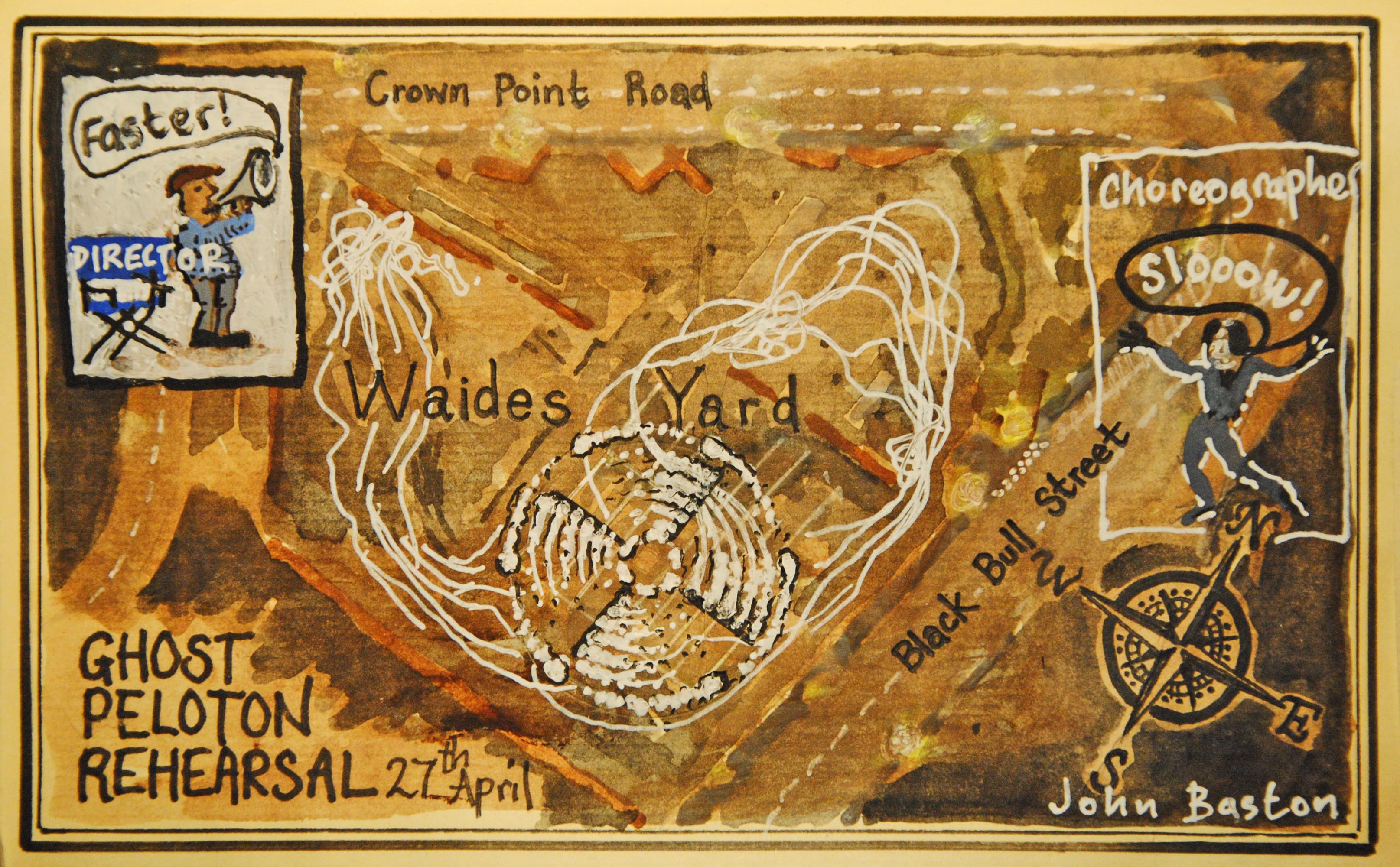 Light began to be introduced into our practice. We learned how to get into our ‘light suits’, and bike wheels became revolving discs of colour. NVA’s expertise brought familiar technology to a new subject, illuminating cycles and riders in an elegant simplicity. Dance truly met bicycle when we experimented with a sequence where the lit up bikes were displayed by dismounted cyclists. And on a rainy evening in Waides Yard, ghost dancers were caressing or holding aloft their rigid-framed two-wheeled partners 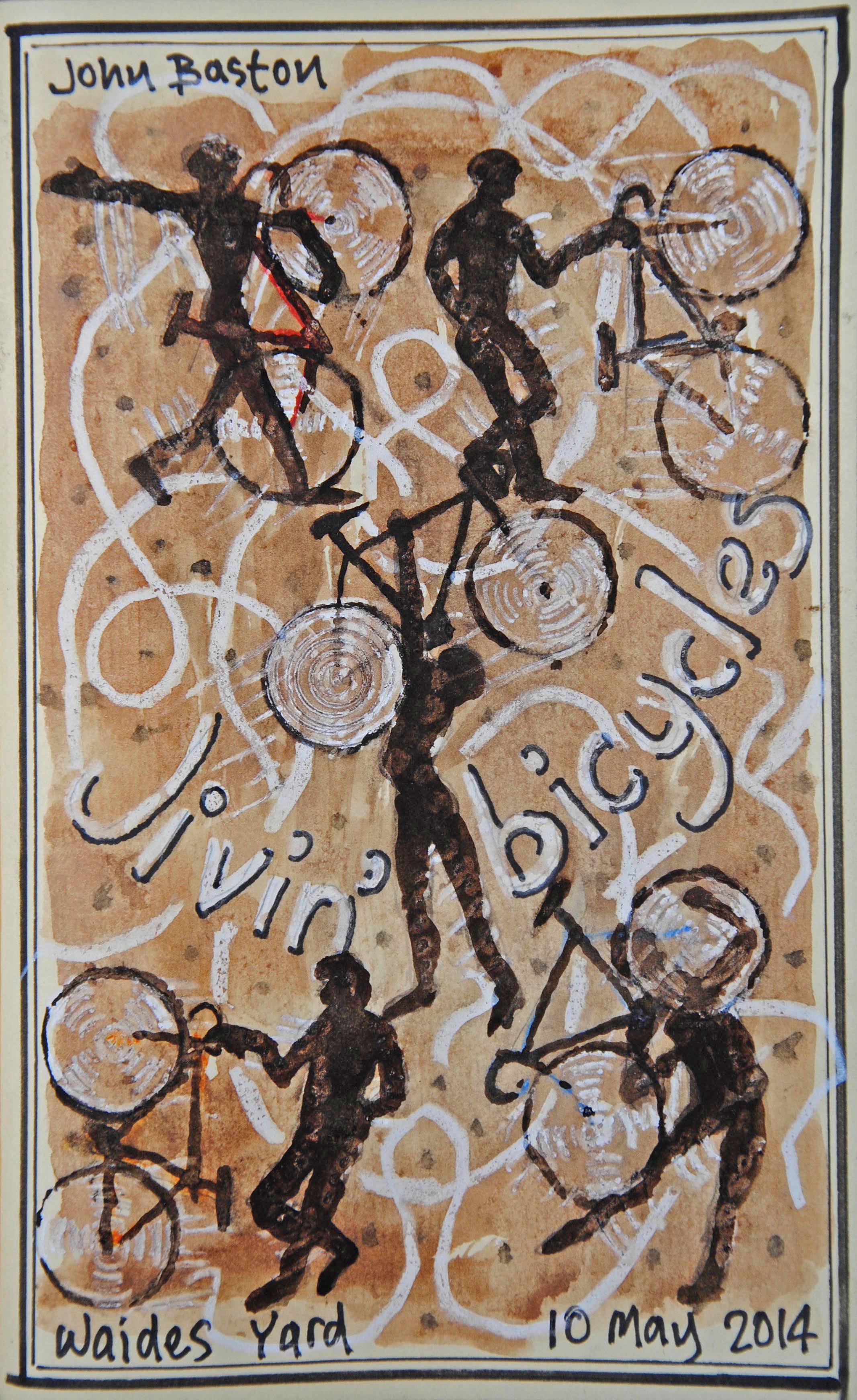 As we entered the final week before the final performances on 16th & 17th May, a new seriousness took over our business. We were entering the ‘production’ stage of the performance, rehearsals intensified and the industrial yard became a performance space with tiered stands for spectators, a huge electronic screen and hefty sound system. As we amateur Ghost Riders moved into increasingly unknown territory, the finely tuned skills in communicating and motivating people of our mentors and leaders from Phoenix Dance Theatre and NVA helped to optimise nervousness, concentration and determination.

The night of the first performance arrived. Spectators began to turn up and the host of voluntary and professional people involved in one aspect or other of the performance calmly went about their tasks and responsibilities. Ghost Cyclists waited quietly and went through those last minute routines of mental, physical and technical preparation.

The performances were like nothing I have ever experienced: the pace and ambience of the combined movement and music ebbing and flowing; a roller coaster of anticipation and concentration then release into an almost manic sense of exhilaration; a familiar awareness of the space and surface of the yard; intense focus on the nearest wheels to maintain shape, distance, line and speed, while maintaining an awareness of the bigger pattern and movements of the Peloton; the responses of the audience there in the background.

It felt good – no crashes, technical or mechanical glitches. Shape, direction and pace were all good, and from the rider’s limited field of view, the light effects had worked spectacularly well. The crowd’s response was enthusiastic. Perhaps there were some other ghosts of the peloton riding with us, keeping us from harm. One ghost, that of the brilliant, controversial and artistically inclined Italian, Marco Pantani, ‘Il Pirata’ (1970 – 2004), would have loved the Ghost Peloton performance, I think! 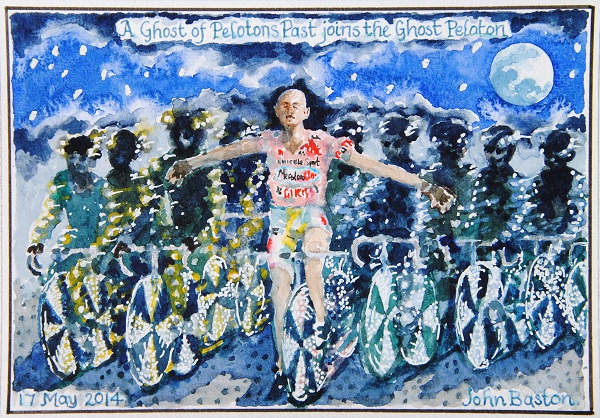 Had we done it? Had we amateur cyclists and performers delivered what we set out to do and achieved our potential? Had the vision of the Creative Team been realised? After our second and final performance, NVA’s Creative Director, Angus, ever eloquent and inspiring in communicating a common purpose, spoke to the gathered Peloton. His words, ‘you nailed it!’ We had indeed from humble beginnings of practice, becoming acquainted with our yard, our performance space (even performing en-mass finger-tip searches to clear the surface of nails and other metal puncture hazards), achieved something special and beautiful as a group, and ‘nailed’ the performance! 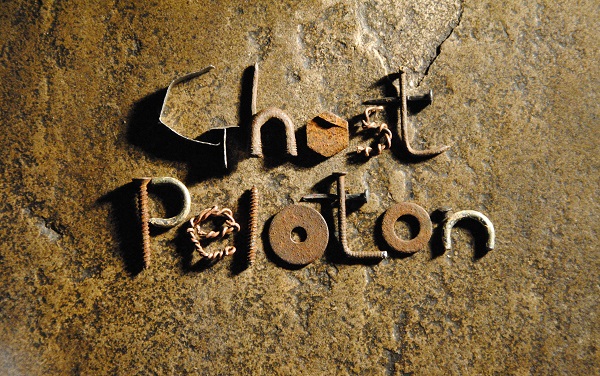