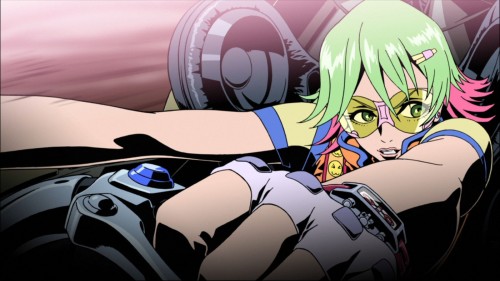 It’s hard to believe, but the sun has made its first belated appearance which must mean that the festival team are once again tucked up in the office, all in the name of film. A good excuse I think!

It’s that time again, the 12th Leeds Young People’s Film Festival is about to get under way, hosting numerous special events and the best of the rest from the world of cinema. Once again, we are lucky enough to be hosted by one of Leeds’ finest independent cinemas, Hyde Park Picture House, so get set to enjoy those plush red seats once again boys and girls! The opening gala on 30th March, however will be held at Vue in The Light (due to their technical abilities), seeing the latest creation from the makers of Ice Age, Rio brought to screen in 3D, which promises to be a colourful opening to the festival.

But that’s just the start, throughout the week there are plenty more treats for the eyes. After the success of last year, 3rd April sees the return of Harry Potter Day and the appearance of story-teller Julius Drake with tales from his magical travels. Then, if all this dark magic gets you in the mood for something spookier, on 6th April, comedian Charlie Higson, the creator of the famed BBC comedy ‘Fast Show’, will be joining us to discuss his favourite horror films and introduce his book ‘The Dead’ which he will be sticking around to sign after the talk!

Crossing continents, the festival always promises the best of all things Anime and this year it doesn’t disappoint, kicking off on 2nd April, fans can look forward to a whole day of anime including, for those who live life in the fast lane, the thrilling Redline, following a group of racers across the galaxy as they are pushed to their limits.

But what’s in store for the older audience like myself? Here are a few eye-openers; the US re-make of the cult Swedish film Let me In will take over the screen on 5th April, alongside an exclusive talk from the BBFC explaining the process of classifying the film. This promises to be an exclusive insight into this fascinating process. For something a little more Hollywood, Tuesday also sees Rachael Hurd-Wood (who you may recognise from films such as Perfume) join us to introduce her latest drama, Tomorrow, when the War Began.

Finally, on Friday 8th April those gold mannequins will once again be poking up their plastic heads for the grand showcase of home-grown work including short films and animations from the weeks’ workshop and (drum-roll please) our very own Film Jury will announce this year’s winners for best film category.

For the third Easter now, the festival has been put together by MediaFish, keeping it for young people, by young people and tailoring the festival for young film-lovers like ourselves! So come down and meet the team and you can find out how to get involved!