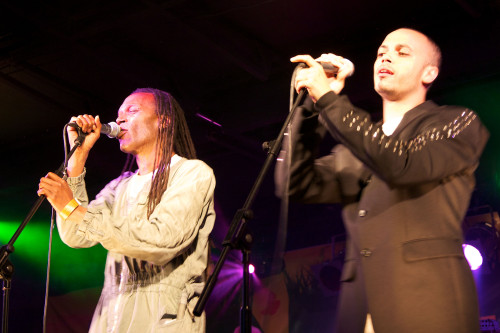 The 33rd Grassington Festival gets underway this weekend with a performance from Birmingham-based 2-Tone legends, The Beat.

The band work hard on stage to project themselves as purveyors of positive party-time pop, invariably causing even the most reluctant pairs of shoes to succumb and shuffle along.

Even when they charted with cover versions; Smokey Robinson’s Motown classic, ‘Tears Of A Clown‘ (their debut single) & ‘Can’t Get Used To Losing You‘ by cheesy listening crooner Andy Williams, they rubber-stamped their own signature sound upon them, totally owning both songs.

An accomplished live act who beam out a succession of familiar hits in a ray of sanguine ska-pop sunshine that’s difficult to resist dancing to.

The Beat kickstart a varied programme of events over 15 days with a gig at Grassington Town Hall on friday night, supported by jazzy neo-soul septet, Dragon Tattoo. The place will be rammed with rocksteady revellers but there are a limited number of tickets still on sale on the Grassington Festival website.