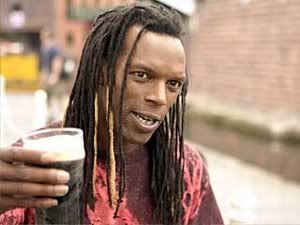 Ahead of The Beat kicking off Grassington Festival, Matty Hebditch interviewed Ranking Roger …

Ranking Roger: It’s not really much of a summer anymore is it? We’ll find out whether there really is a summer in the next couple of weeks but so far it’s been good. Plenty of gigs.

RR: Well, we are because it’s somewhere we’ve never done before and it’s gonna be interesting to see how the crowd approach our music. Everywhere we play is different but people always want us to come back. I’m full of anticipation because I don’t know what the crowd are gonna be like but I presume that we’ll win them over by the end of the night, like we usually do.

M: I suppose it’s hard to gage what a small Yorkshire Dales town will make of you.

RR: Well, we always go down well up north because we’re from the midlands anyway, halfway up, but although we do well up north, we seem to do more of our gigs down south so there should be quite a few people. Because it’s festival time, it’s the best time to be playing, we enjoy festivals more than the normal gigs but it’s good to get back to playing your normal gigs as they keep it down-to-earth and grounded, they’re your bread and butter.

M: Are you just a touring band now or will there be any new stuff or a live album or anything?

RR: I did want to put something out as The Beat but me and my son, Ranking Junior, who sings on stage with me, want to launch another project called Return Of The Jedi.

M: Didn’t you record an album with producer Adrian Sherwood that got shelved?

RR: That’s right. Well, this band’s changed so many times. We did record some new tunes and Adrian Sherwood was gonna mix them for us. This was about 3 years ago. Then a couple of members of the band got sacked and it all came to an end so I couldn’t put that album out or wait until the new musicians had learnt the tunes so that just fell apart.

I’ve got this thing out at the moment on Pledge, a double CD compilation of collaborations with people like Sly & Robbie and Death In Vegas and that will be followed by Return Of The Jedi, which will feature some of what would’ve been The Beat album.

M: Adrian Sherwood’s famed for his On-U Sound dub productions. Will it be a deep dub reggae album?

RR: It’s gonna be psychedelic reggae/dub/ska, maybe a bit of drum ‘n’ bass in there. Its definitely, without a shadow, gonna be ‘dance’ music. You might have some authenticity about the old stuff but you’ve got to bring in the new things as well. I’ve been dying to get the new stuff in and mix it in with the old. Now, there’s an opportunity to do that and the future looks bright. 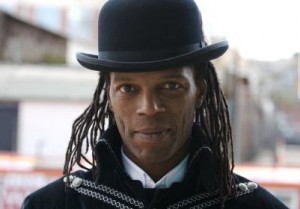 M: With your son now sharing lead vocals, it creates a nice dynamic onstage, like it’s a family affair but do you get on ok while you’re on the road.

RR: We get on really well, we’ve always been like good mates. If there’s ever a problem, we confront each other in a friendly way and reason it out in a mannerly manner. It’s a great relationship and it’s great to have him on board in the business, he’s a chip off the old block, he’s doing really well and I’m proud of him.

M: Suppose you’re a fairly cool dad to have and you’ve obviously taught him well. Did he have to learn all the songs or was he always a Beat fan, ever since he learnt his dad sang in a band?

RR: Well, I had to re-learn them, it’d been years since I’d sung them but he already knew them all. Whether he liked it or not, it was drummed in, partially in the soul. It must be in his blood.

M: One thing I thought was interesting; you and drummer Everett Morton are the two remaining original members in this version of The Beat while original vocalist/guitarist and songwriter Dave Wakeling fronts another version of the band in America, where you were instead known as The English Beat (there was already a new wave power-pop band called The Beat in the US). Can both bands coexist without there being any messy legal issues? It seems a unique situation that you’re each playing in different continents under different names.

RR: Well first I must reveal to you that Everett and I are no longer working together, Everett’s retired. However, any member of The Beat is entitled to use the name, it belongs to all of us. We have a partnership from 30 years ago, ‘The Beat Brothers Ltd’, so we’ve never had any qualms over the name. The only qualm would be if we wanted to go over to America to play or Dave Wakeling intended to come over here. What do we call it? Do we rename it?

M: That would complicate things a little. Although, last year, the US Beat and the English Beat toured America together, billing it; ‘Two Beats Hearting As One’.

RR: heard about that. It sounded like a really good thing. We met them years ago and I thought ‘They’re really nice guys… for Americans!’ Very into their music, they loved our music and their music was OK.

M: You always get dubbed a ‘ska’ band, probably just because your debut single came out on 2-Tone (The Beat formed their own Go-Feet label after that)

RR: All the time. Someone who knows ska music would hear The Beat and say; ‘there’s a ska influence but they’re not a ska band’. It’s more punky-reggae-calypso-soul, or whatever you’d call it.

M: Was it just a happy accident that just a handful of similar bands all released debut singles in 1979 that had this unique new sound? It wasn’t like you all convened beforehand and plan to change the world.

RR: None of it was planned and it all happened mysteriously. 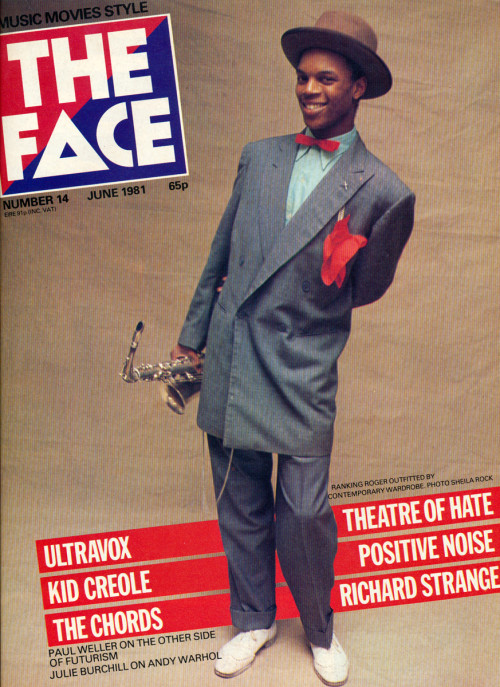 M: Even though three of you (Beat, Specials & Selecter) were all from the black country? You weren’t friends before?

RR: . Even to have three bands from the West Midlands all do well in the same year was unheard of. We put our flag in the map and definitely left a legacy because it’s still alive today but ultimately, the fashion killed the music. First it was all about what the music and what the music stood for then it became so big; everybody was dressed in tonic suits, Fred Perrys and pork-pie hats and it kinda missed the point. Then, because everyone was so into the look, the fashion, as soon as the new romantics came along, that was it. It was gone.

It didn’t live as long as it should have but every year it keeps coming back, there’s another resurge, which means there’s certainly something going for it, it just didn’t reach maximum potential, a lot of the bands only lasted 2 or 3 albums, it was a short-lived scene. The Midlands had their chance, then Manchester had their chance in the ’90s with those Madchester bands so maybe it moves around the country.

M: In the past, you toured with David Bowie, The Clash, REM, Police, Pretenders, Talking Heads… Who treated you the nicest?

RR: , The Clash. They treated me like I was family and to get into The Clash’s camp was not easy at all. I wanted to get backstage but as soon as I walked through the door, everything was cool, they were very welcoming. Both bands had total respect for each other and we were in and out of each other’s dressing rooms. So, the nicest people were the ones who were meant to be the brashest. When we met them, they were having some success in America but they went through a wicked, hard time, losing potentially millions because other people had ripped them off. If they’d have carried on, they would’ve been bigger than U2, they had the potential to be the greatest rock & roll band in the world. I remember watching them live, thinking ‘the records have got nothing on this’, the feel, the vibe and the crowd atmosphere, they sounded so professional, which you wouldn’t expect.

Touring with the police was exceptional too, it showed me the top line of being a big pop star in the music industry, I used to get up and DJ with them onstage every night. I was only 17-18 while they were well into their 20’s so maybe because I was so young, I got away with it. Or maybe it was my smile.

M: So were you listening to a lot of punk? Along with The Police, a lot of those punk bands had a reggae-influenced phase; The Clash, Stiff Little Fingers, The Ruts, Costello… all had at least one reggae song.

RR: Well, what the punks were saying was along similar lines to what the reggae artists were saying in Jamaica. The same sort of political issues were being sung about; inequality, rights, people having a say, so there was a connection. The Skids, The Members, people like that were trying reggae too and although The Beat came after that, we were influenced by that punk/reggae sound and took it to another level, without realising.

M: Any other festivals lined-up then?

RR: We’re playing two shows at Glastonbury. We’re playing in Ullapool, right in the north of Scotland, at Loopallu (which is Ullapool backwards). We love playing up there and we’ll be playing in Falls Park in Belfast in August, we’re doing Electric Picnic in Ireland and Nozstock, Larmer Tree in Dorset and others are coming in nice and fast. We just played in Bologna in Italy which was shocking. The audience just didn’t know what to expect. By the end, they knew what we were all about and were all rocking but when we first came out with flying colours, these old men going mad on stage like we do, they just stood there looking shocked, going ‘oh my god’.

It’s music for everybody though. No matter what colour you you, what music you like, there’s a bit of something in there for everyone, whatever your age and whatever country you’re in. If you can still move the crowd, then that’s gotta be good. People come see us, they’re satisfied and they come back again , bringing more people with them. We’re keeping the integrity, doing justice to the Beat and we always try our hardest, no matter what gig it is.