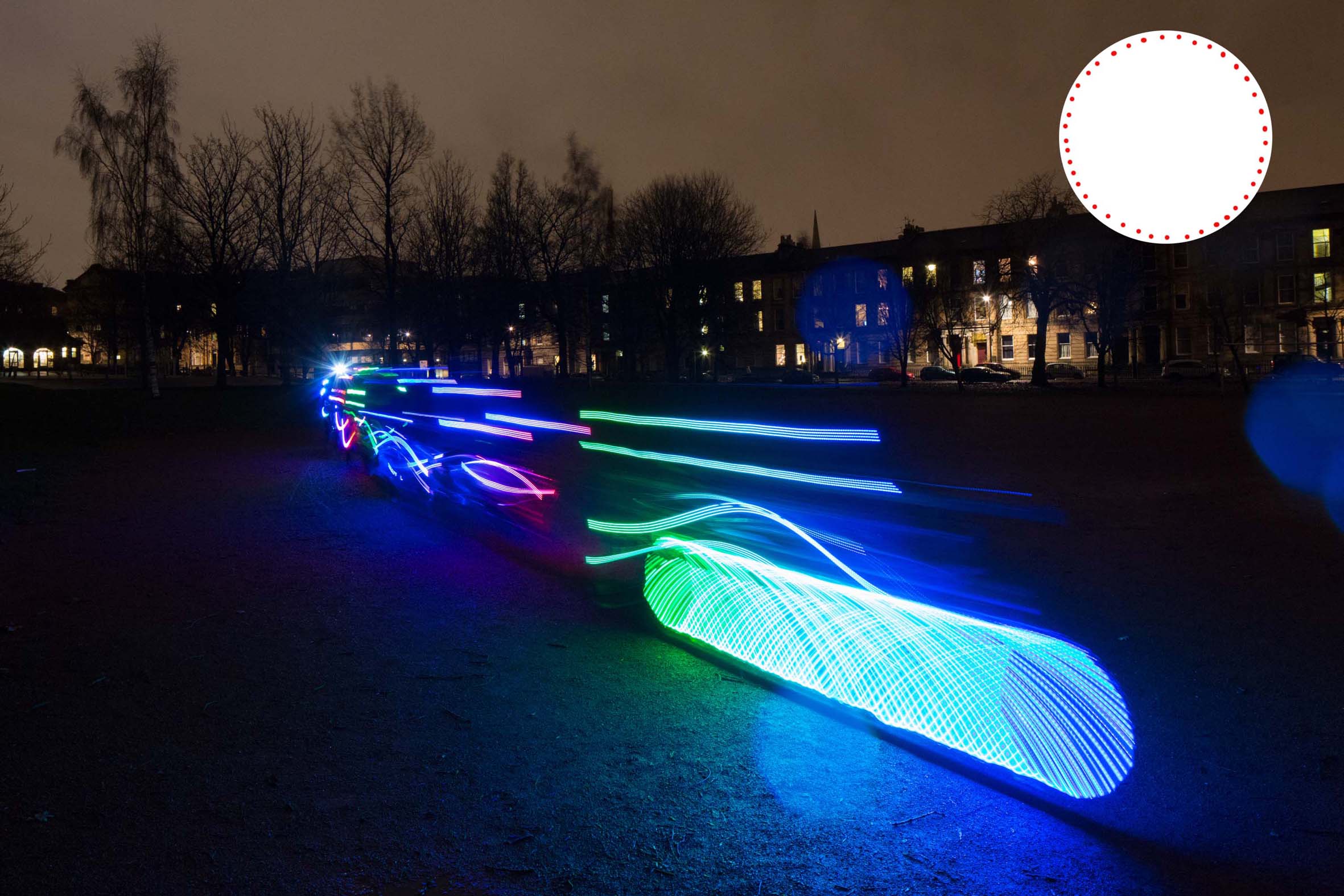 One of the biggest challenges during the development of the original Speed of Light project (which involved runners) was the development of a light suit that would easily and comfortably fit all sizes – people are very different shapes. Little did we know when we started the <strong>Ghost Peloton project, where cyclists ride their own personal bicycles, that we would come up against a similar problem. Once you start looking at bikes and try to figure out how to attach mechanisms you realise how different they all are too!

What sets the Ghost Peloton bike lighting kit apart from off-the-shelf spoke lights etc. or more complex arrangements often seen on youtube clips, is that the lighting is controlled remotely, live. The colour and intensity of the lights on each set of bike wheels and on the suit the rider wears in the Peloton is controlled wirelessly allowing us to create patterns and sequences that would not be possible with a static or preprogrammed system. 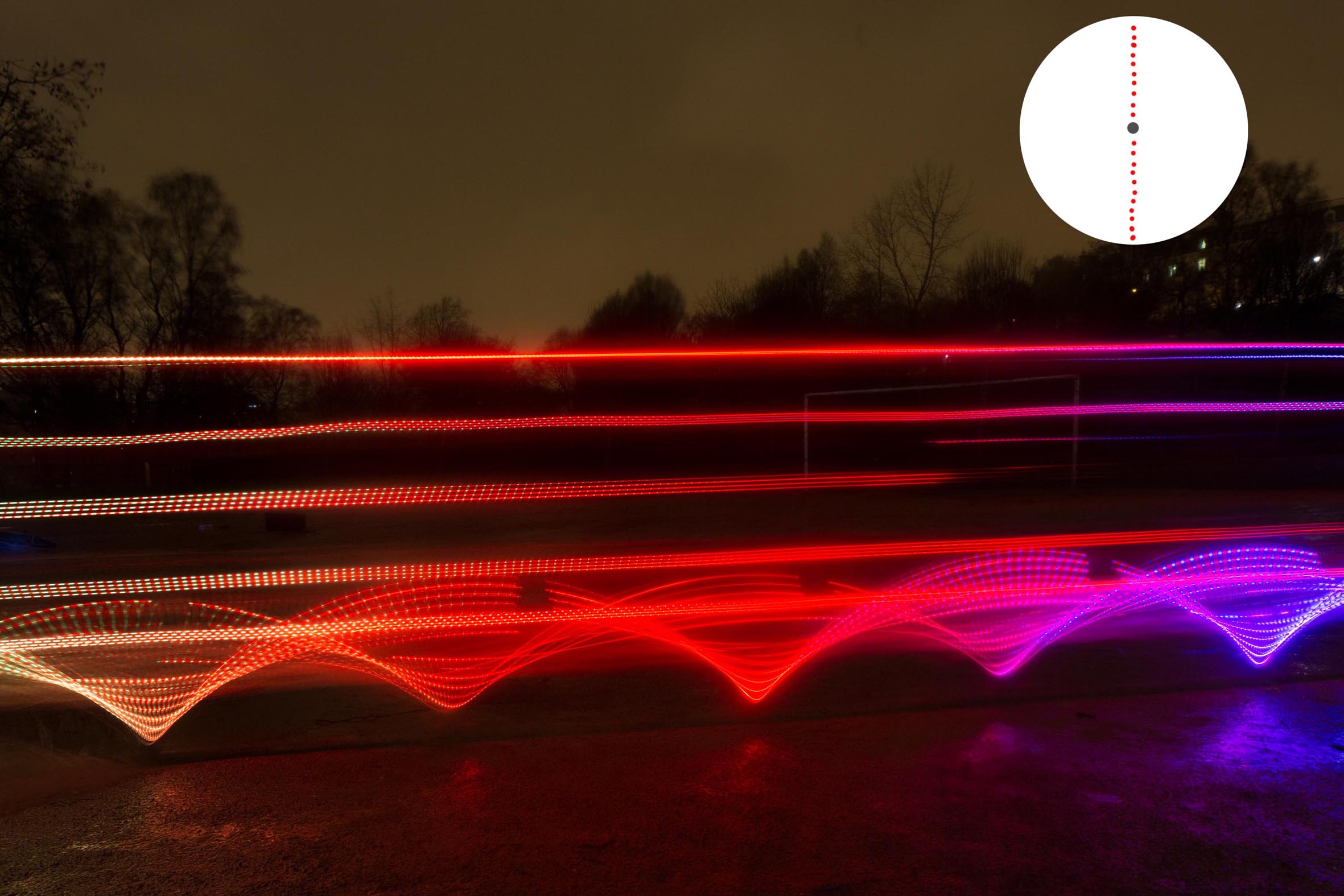 The batteries and the control electronics required to do this are too large to fit directly onto the wheel so these have to be placed on the frame of the bike. We then had to think of a way of getting the controlled power to the LED’s (light emitting diodes) on the spinning wheels. If you simply connected a cable between the frame and the wheel it would quickly get spun into a series of knots and break.

Each of the LED’s on the wheel has 3 colours in its electronic chip, red, green and blue, which can be mixed to create virtually any colour, so we require four independent electrical connections to each wheel to power the three coloured chips and their electrical common.

We have achieved this by creating a brush mechanism that spans the revolving space between the front and rear forks of the bike and the rotating wheel, so as the wheel turns electrical contact is maintained between four carbon brushes attached to the frame and the rotating discs of copper attached to the wheels. On a very cold wet winters day in a park in Glasgow the first prototype was tested, not the most elegant of creations put together from spare washing machine parts, but it worked. 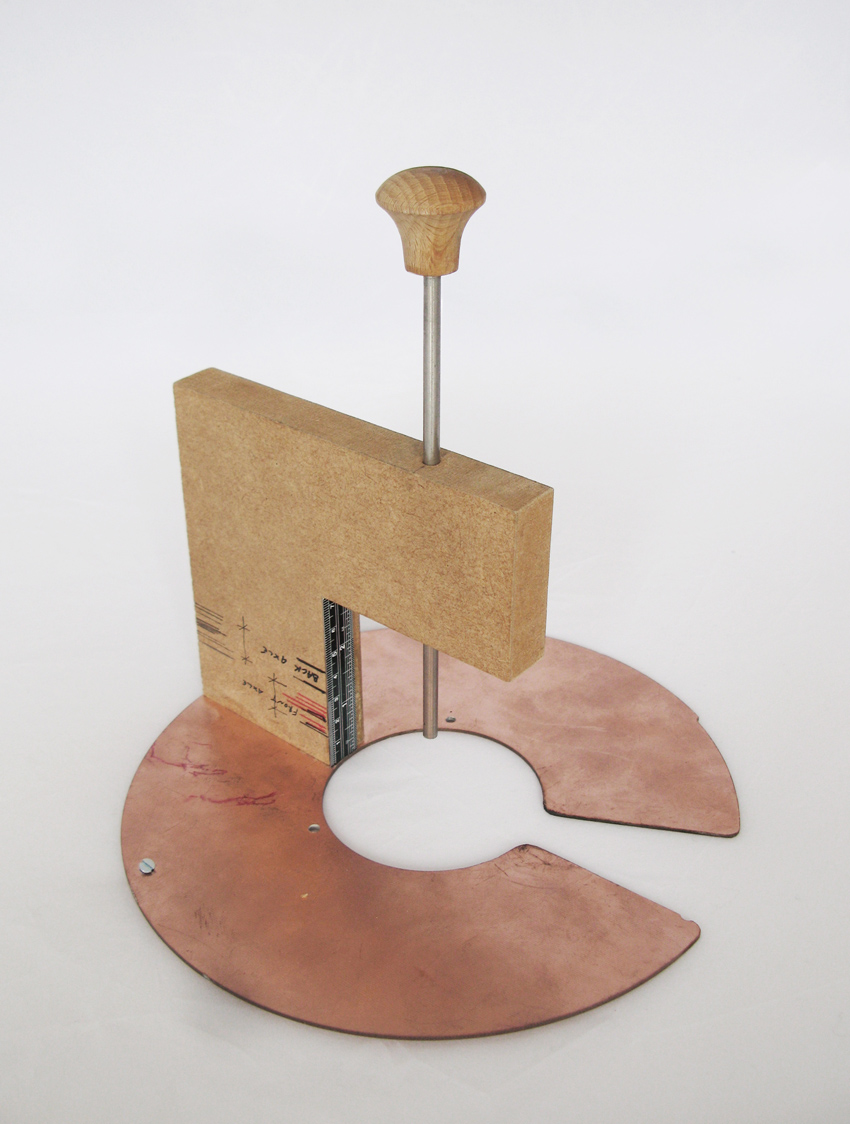 However it was only once we started to design an arrangement that would fit any bike that might be brought along did we realised how different all bikes are!