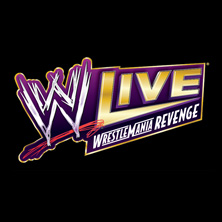 Let me clear up one popular misconception: neither I nor the thousands that attend the WWE’s show at the First Direct Arena think wrestling is real. A few of the young children might believe it; I can’t speak for all of them, but it’s been a long while since the majority of wrestling fans believed that men could be dropped on their heads, hit with chairs or thrown ten feet in the air and not end up dead. It was in the 80s that Vince McMahon (WWE chairman) decided to describe wrestling as ‘sports entertainment’ but still it’s something that non-fans seem to struggle with.

For those who packed into the Leeds Arena this didn’t matter, they were there to just enjoy it – not as a sport but theatre with muscles, a pugilistic pantomime with heroes and villains, audience interaction and showmanship that’s as American as it comes.

14th November marked the first time the WWE had come to Leeds, while some of the acts which have performed at the First Direct Arena this year have graced the city before getting the WWE here is quite a coup and an illustration of why the city needed an arena. However, when I saw the event’s seating plan I wasn’t sure if we could pull it off. Wrestling events are usually held in venues where the ring sits in the middle of the seating (floored and tiered) but at the First Direct Arena the majority of the seats are at one end with rows of floor seats surrounding three sides of the ring and the back left clear for a small runway. The wrestlers may be the stars of the show but live wrestling depends on an enthusiastic crowd and I was concerned that this original arrangement might make for a timid audience. Of course I was wrong, this is Leeds after all. The crowd may have been made up mostly by children and their parents but a vocal minority of more mature fans filled the venue with noise. The children joined in and cheered their favourite stars but their voices don’t carry as well as a group of hyped-up students.

The night started with a modest bout between the Prime Time Players and Hunico and Camacho. It didn’t set the place alight but it’s hard to watch Titus O’Neil and Darren Young and not have a smile on your face. This was followed by the announcer letting the crowd know that the main event would see Alberto Del Rio face John Cena for the World Heavyweight Championship. Nobody expected Cena to drop the belt in a show not made for broadcast but that didn’t matter, the sea of Cena t-shirt-wearing kids was evidence enough that they came here to see Cena.

While WWE matches on TV are strung together with storylines, live shows such as these don’t have the same cohesion. An announcer announces the bouts and the wrestlers come down to do their thing. There were a few in-ring promos (spoken parts) but no backstage action on the screens. It can make for a quiet environment and matches between the likes of Ryback and Justin Gabriel and The Great Khali and Jindar Mahal were hardly raising the roof, but for a two hour show you expect a few damp squibs.

What these quieter bouts manage to do is focus your attention on what’s going on in the ring (there’s no commentary). I’ve never been a fan of Jinder Mahal – he’s what’s known as a jobber – employed to lose matches to make other wrestlers look good – but against the Great Khali you got to appreciate how hard it can be to look bad and make others look good. Khali suffers from a disease associated with gigantism and is billed at weighing 157 kg and standing 7ft 1’ tall – the guy can hardly move let alone wrestle. But Mahal carried the match and made it more entertaining than many expected, winding up the crowd and giving Khali the win.

Before the intermission (see, it’s more like theatre than you’d expect) we got what the more mature fans would regard as their main event – CM Punk and Daniel Bryan against The Wyatt Family. Before the match got going Paul Heyman took to the ring with his two clients, Ryback and Curtis Axel, to belittle the audience and entice CM Punk (his former protégé and now enemy). Heyman is pure gold and arguably the best thing in WWE at the moment. Upon entering the ring he greeted the audience with “Ladies and gentlemen”, before being drowned out by a chorus of boos. “You boo ladies and gentlemen?” he asked, “What should I say, things that happen to live in Leeds?” Cue even louder boos and chants for CM Punk. It’s the opposite of a band saying how great it is to be in [insert name of city] but it works and the fans love it. Heyman went on to taunt the audience, claiming the show is over because he now intends to insult every member of the audience one at a time since he blamed them for CM Punk attacking him earlier in the week. “You sir, you have an ugly child” he said, pointing and one of the many dads in the audience. He went on insulting another couple of parents before CM Punk’s music hit and the crowd went nuts. Punk came down to the ring with a kendo stick and proceeded to attack Heyman, much to the crowds delight. Once that was over fan-favourite Daniel Bryan joined him before the Wyatt Family made their erie entrance. The match was fantastic with the opposing styles of Punk and Bryan and Rowan and Harper great to watch. Meanwhile Bray Wyatt provided excellent entertainment on the outside of the ring as he goaded the crowd.

Outside of Punk and Bryan and the main event the biggest pop of the night went to AJ Lee who teamed up with Tamina Snuka (for fans of 80’s wrestling she’s the daughter of Jimmy Snuka) to take on the Bella Twins. Women’s wrestling is rarely a master class but despite little ring time AJ proved why she’s head and shoulders above the rest. When she wasn’t in the ring her name was chanted, followed by cheers when entered and boos when she left a few seconds later and gave knowing shrugs to the crowd – the perfect tease.

The main event was an odd affair. Cena’s popularity with the ‘hardcore’ crowd is so low that he gets booed in his hometown – but kids love him! Regardless, his entrance was deafening – a cacophony of cheers and boos with kids jumping onto their seats for a better view. The match was fine, predictable but fine, but even the doubters (me included) had to appreciate the sense of occasion that Cena brought to the show – love him or hate him he’s a legend. At the end of the match, that he won, obviously, he addressed the crowd, thanking them for their support. Mentions of Leeds and Yorkshire were greeted with chants (clean ones) more commonly associated with football matches and even those who were chanting ‘Cena sucks!’ moments before were joining in the fun. Before leaving Cena paid tribute to the crowd, especially the fans who had turned up dressed as their favourite wrestlers – I suspect this was down to a pre-party being held at Fab Café and it made the night unique.

My only criticism of the night was the marketing. At every available opportunity the in-ring announcer would tell the crowd how they could buy more merchandise, read the WWE magazine and even meet their favourite wrestlers if they bought VIP tickets (£400 each). Some tickets for the show started at £24, but for a family day out it could get quite expensive and hearing the announcer trying to sell more to a crowd dominated by children felt uncomfortable.
Of course, such things didn’t dampen spirits and as the thousands of fans piled out of the First Direct Arena a chant of ‘yes, yes, yes’ was started and continued as fans walked out onto the streets.

The WWE returns to Leeds in May 2014 and I’m sure many of those who attended will be back as well. But a successful hosting of WWE Live also showed how the arena will be able to handle other ringed events, such as World Championship Boxing at the end of December.