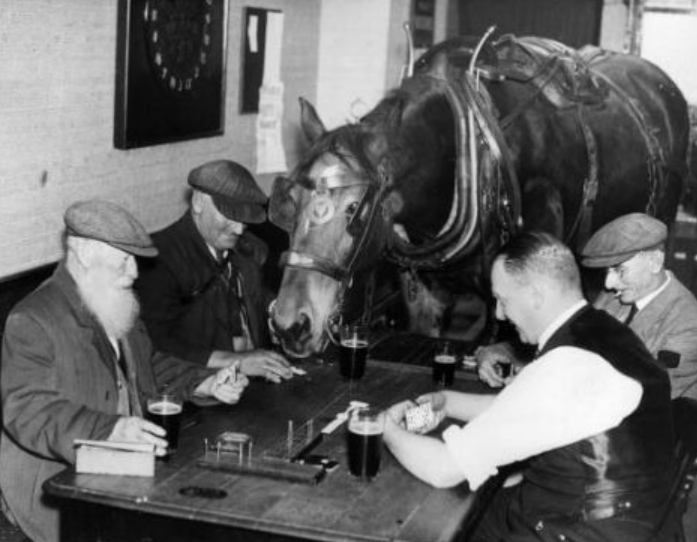 Let’s break the world record for the largest round of drinks says Phil Kirby, and he’s been doing his research.

I am serious about the plan to organise a world record breaking round of drinks in Leeds. Proper serious. Which is seriously unlike me.

I’ve done some research. I’ve even tweeted the Guinness Book of Records for some clarification about what the world record actually stands at – I’m still hopeful it’s Merle Haggard we have to beat for reasons outlined in this article from the Wines and Spirits website. When I find out the answer I’ll let you know.

Merle Haggard got in a round of 5095 individual drinks. He must have had one hell of a big tray…

But seriously, five thousand drinks is quite a bar bill. Beyond most individuals who don’t have the resources of an American country star of the godlike stature of Merle Haggard. Even in The Angel in town if we all asked for a pint of Sam Smiths Mild most of us would struggle to pay.

But there’s nothing in the Guinness Book of Record rules, as far as I can tell, that says one named individual has to pay for the round. There’s no rule specifying the buyer of the round has to be a person. And there’s no rule requiring all the drinks bought in the round have to be consumed on the same licensed premises.

My idea was that Leeds, the city, would shout the round. Not, in case you were wondering, the council. The city. Its people. Our collective identity. All of us together.

This isn’t as daft as it sounds. Obviously “Leeds” can’t stride up to the bar in The Midnight Bell (other pubs are available, it was the first one that came to mind) and order 5096 pints of Leeds Best, and a packet of cheese and onion crisps please. But an app could.

One of the questions I’ve been asked about the feasibility of the idea is, who’s paying? This is actually the easy bit. We all are. Or anyone who wants to be part of the experience at least.

A round is a reciprocal thing. We know if we accept a drink in a round there’s an obligation to return the compliment when our turn comes. It doesn’t have to be exactly equal – nobody is counting – but it has to be roughly equivalent. If I like a glass of wine (large, red since you ask) but you prefer beer, or a soft drink, that’s all fine. Part of the give and take. Most people are happy to stump up for a bag of nuts too, just don’t push it.

So, the app would need to let people put into the collective pot – say £5 for a small round, £10 for a medium round, and so on – and allow them to accept roughly equivalent drinks of similar value. The app would stand in for Leeds. Our Shout.

I suppose it’s a crowdfunder where the crowd fund the city to by a round for the crowd.

We just need 5000 or so people to think it’s a good idea and we can go for it. Doesn’t need public funding, though a bit of private sponsorship would be welcome. And you could potentially join in at your local. In fact, the more locals the better.

I’m not an app developer so I do need to talk to some people who know how to do this kind of thing. And there would have to be some buy in from local breweries and pubs and bars – I’ve already started talking to people about this. We need to include people who can’t afford a round right now. And why not involve the other cities who were disappointed about 2023. Wouldn’t it be lovely if Leeds bought a round for Dundee and the rest?

And what about bar snacks?

Or the world’s biggest pub quiz? We’ve already got the Chief Exec of Leeds City Council organising the pub games