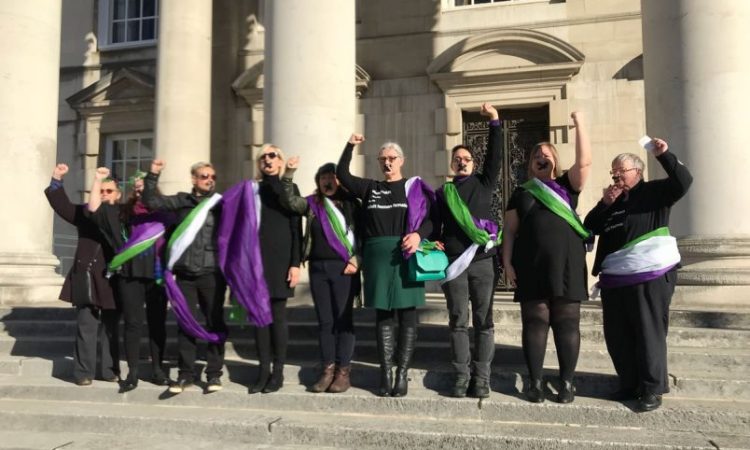 For a second time this year, says PAUL THOMAS, Leeds City Council has cancelled a meeting booked on council-owned premises in response to third-party objections

On Friday 28th September, the Woman’s Place UK movement had booked Leeds Civic Hall to discuss the implications of the extension to the Gender Recognition Act. The meeting was cancelled mid-afternoon, according to the YEP, “after complaints from campaigners that it was potentially giving a platform to trans-phobic views.”

In a statement, Councillor Judith Blake declared: “Since accepting the booking, we have been made aware of further details regarding some of the views which have been raised by this group previously, which are not in line with Leeds City Council’s values on gender and equality. We have therefore declared that Leeds Civic Hall is not an appropriate venue for this event…”

This is not new to Woman’s Place UK, which has had other meetings cancelled around the county. Incredibly, however, the cancellation coincided with Leeds Council’s own celebration of the centenary of women’s suffrage, including flying the Suffrage Flag from the Civic Hall. An event that Councillor Blake has since described as “one of the ways we can ensure that the voices of women in our city continue to be heard.”

Back in May, the Council also cancelled a planned meeting at Leeds City Museum to discuss media coverage of the Syrian conflict – on World Press Freedom Day in fact (they’re obviously big on irony). As with the WPUK cancellation, a couple of complaints from individuals who didn’t like the subject under discussion was enough for the Council to decide that the museum was “not an appropriate venue” for the meeting.

It’s as if city councillors are under the impression that they have a right to decide what is “appropriate” for the people of Leeds to discuss on council premises funded by our rates; or even that council premise literary belong to them – as evident from one councillor’s tweet in response to objections to the WPUK cancellation that “It’s our room”.

I think the Council needs reminding that these were both public meetings. As such, any objectors had two choices – don’t attend; or go along and air their views. Leeds Council could have chosen to respond as such, yet in both instances it decided that the views of a few complainants counted for more than those wanting to meet and discuss important contemporary political issues.

But in choosing to act in this way, Leeds Council has not only obstructed the right of people to gather and discuss these issues on publicly-funded premises, it’s also made all future meetings provisional on the feelings of the easily-offended or malicious. As I argued in May, its actions then were only likely to encourage others to attempt to close-down any discussion they personally objected to, and now we’ve seen the second cancellation in less than five months.

By obstructing debate in this way, Leeds Council also goes against both its own claim to be “in favour of promoting free speech and debate”, and its stance taken in January 2015, following the Charlie Hebdo massacre when, at the vigil on the steps of the Civic Hall in defiance of that attack and in defence of freedom of expression, and attend by at least two city councillors, we were told that Leeds Council “stood in solidarity” with the Je Suis Charlie demonstrations taking place in France.

Just three years later, Leeds City Councillors are taking it upon themselves to cancel meetings simply because someone fears the “views” that might “potentially” be aired at them. Well, I’ve got some shocking news for both the Council and objectors: any public meeting has the potential to “give a platform” to all sorts of views – that’s the point!

With this latest meeting cancellation, we at least know, and can hold to account, those directly responsible. But it’s as a body that the Council needs to answer the following questions:

Just in case they’re not regular Culture Vulture readers, I’ll be emailing this article to all Leeds Councillors, but directing any replies here where they can be publicly debated.