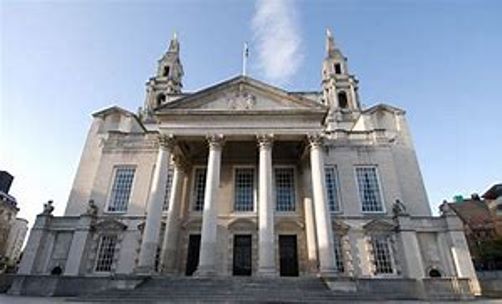 The decision by Leeds City Council to redline an upcoming panel discussion about media coverage of the conflict in Syria sets a dangerous precedent, says PAUL THOMAS…

On 3rd May, World Press Freedom Day, Leeds City Council cancelled a panel discussion to be held later in the month at Leeds City Museum on media coverage of the Syrian conflict.

According to the Yorkshire Evening Post, the Council were responding to “concerns … raised about some of the speakers”; chiefly it seems by someone tweeting from Leeds Friends of Syria – an apparently dormant Leeds University society.

As a result, council officials responded: “Whilst the council and museum service are always in favour of promoting free speech and debate … we have decided that the museum is not an appropriate venue for this event…”.

This was a public meeting, and if it was truly “always in favour of promoting free speech and debate”, it would not only have allowed the meeting to go ahead, but would have directed any critics to air their objections at it, rather than look to close the meeting down.

Instead, it has responded with the type of no-platforming tactic that student unions themselves have become increasingly and rightly criticised for.

Secondly, as I’ve written before on Culture Vulture, one of Leeds strengths’ is as a City of Debate. Leeds has many long-standing public discussion groups debating everything from politics to science and culture and which, by their very nature, often aim to challenge perceived orthodoxies or put forward alternative perspectives on an issue.

The idea that the council could step in to cancel a public debate on such subjective grounds that it, or others, don’t like the sound of it, runs counter to Leeds’ healthy culture of debate.

Firstly, it could make people think twice about hiring council venues to discuss any topic that might be considered ‘controversial’ for fear of cancellation.

However, more likely in our increasingly censorious times, this decision could further encourage anyone who objects to an issue or, as in this case, simply with the angle taken on it, to try and get other meetings closed-down.

As the council says, “events are subject to cancellation”, but you’d expect that to be for unavoidable circumstances, not for its own or third-party political objections.

Council premises are, after all, paid for through the rates and taxes we all pay, and people should be able to hire them to freely discuss any topic; regardless of how inappropriate the council, or “unacceptable” or others, may find the issue or the speakers.

Leeds City Council should have let this meeting go ahead as planned. The people of Leeds could have then listened to what the speakers had to say and challenged anything they disagreed with – that is, in the very spirit of what it means to promote free speech and debate.

theCV is happy to offer Leeds City Council a right of reply.