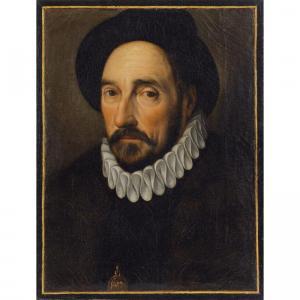 The other day someone asked me about the etiquette of blogging. My first thought was that anyone who asked that question probably already knows the answer; the people who really need to know wouldn’t bother to ask.

We live in a very contradictory culture. On the one hand we are told that authenticity is good and the more authentic you are the louder and more obnoxious you are encouraged to be. Popular culture celebrates unrestrained rudeness; “that’s my opinion” gets issued almost as a challenge, “and if you have a problem with that, go fuck yourself!” (I actually read that recently in a positive review of quite an appalling book in a national newspaper. So it’s not just bloggers!)

On the other hand we aren’t allowed to criticise anymore. “Judgmental” is a word used almost as an insult, and can you even imagine the fuss if you called someone “discriminating”? The word not so long ago was a synonym for precise and sensitive thinking and now it’s just another term for blind and nasty prejudice. The notion that everyone is entitled to an opinion and all opinions are sacrosanct means that opinion is beyond inspection. We are encouraged to share our opinions. But sharing isn’t a neutral word. It implies generosity, as if you were bestowing a gift. Just as it would be rude to criticise a gift that someone had given you, it’s considered rude to criticise any thought that gets shared. You cannot criticise another person’s confession.

Bloggers are guilty of both excesses. How many blogs do you know that indulge in a rhetoric of ranting? I just did a Google Search for “blog rant” and came up with 102,000,000. How many more do the syrupy sharing stuff? Sorry, I’m too sickened by the idea to do the search, but I bet it’s even more.

If I were ever going to suggest an etiquette for blogging I couldn’t do better than suggest a 400 year old essay by a guy who has been called the first blogger, Montaigne. It’s called “On the Art of Conversation” though the only version I could find on the internet is this stuffy old translation. It’s a gem, but this passage especially sums it up … bites and scratches, ha!

…contradictory judgements neither offend me nor irritate me: they merely wake me up and provide me with exercise. We avoid being corrected: we ought to come forward and accept it, especially when it comes from conversation and not a lecture. Whenever we meet opposition, we do not look to see if it is just but how we can get out of it, rightly or wrongly. Instead of welcoming arms we stretch out our claws. I can put up being roughly handled by my friends:”You are an idiot!” !You are raving!” Among gentlemen I like people to express themselves heartily, their words following wherever their thoughts lead. We ought to toughen and fortify our ears against being seduced by the sound of polite words. I like a strong, intimate, manly fellowship, the kind of friendship that rejoices in sharp vigorous exchanges just as love rejoices in bites and scratches which draw blood. It is not strong enough nor magnanimous enough if it is not argumentative, if all is politeness and art; if is afraid of clashes and walks hobbled. “Neque enim disputari sine reprehensione potest” [It is impossible to debate without refuting: Cicero.]

Come to think about it, that’s about as perfect a definition of critical friendship that I know … not sure I’d go all the way to hobbling though. Hobbling is a bit much.