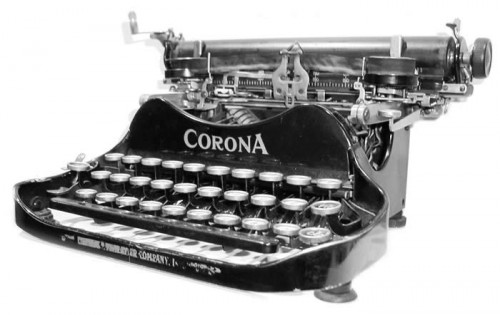 It would be nice to say something positive this morning.

I’d intended to write something about Leeds Pride, which would have been positive wouldn’t it? I mean, all us right thinking, ideologically advanced, politically spot on social media types just love that sort of thing, don’t we? All that inclusion and diversity and celebration of difference and whatnot, just can’t get enough of it. It’s great. Makes us all proud.

Except some of us aren’t.

If you were on Twitter or Facebook at all in Leeds over the weekend, you’ll know what I mean.

Some guy posted a vile comment about Leeds Pride to “a few close friends” on Facebook. Unfortunately, he didn’t quite understand that there’s no such thing these days as “a few close friends”. Not on social media at least. And especially not if you happen to run a business.

The comment was screen-grabbed (presumably by a not-so-close friend) and did the rounds on Twitter quicker than a case of the runs in a pre-school playground. Inevitably, righteous wrath was meted out, 140 characters at a time. Which can’t be good for business.

I’m not going to defend the guy – his behaviour was frankly abominable – or even pretend there’s some free speech issue at stake. Though personally I’d defend his right to think and say any old crap he likes, and equally our right to consider him a contemptible twerp and never patronise his drinking establishments again. But I don’t think that’s the point.

The point is that social media has changed the rules of conversation. Here’s an example of the old rules.

The other day I was walking through the Dark Arches with a friend (a close friend, to coin a phrase) talking animatedly about a mutual acquaintance. My opinions were hardly legal, decent or honest. Nobody but my friend was listening, I thought. Sure, a handful of people were passing through at the same time, engaged in their own bubble of conversation, but they were oblivious. They didn’t know me – all they could hear was random snippets of vociferous swearing – and they almost certainly couldn’t have cared less about the target of my barrage of expletives. Unfortunately for me, right at my most colourfully outrageous moment another mutual friend happened to catch me up from behind and interrupted the conversation. I was embarrassed, ashamed and uncharacteristically apologetic even though she heard nothing – or at least promises me she heard nothing.

But then, my friend has good manners and the decency not to repeat a private conversation that she heard purely by accident.

Social media means there’s always someone sidling up behind you, potentially listening. And that someone may not be a friend, may not appreciate old school etiquette, and may not be happy with what they overhear.

If you are prominent on social media – run a business let’s say, and use Twitter and Facebook to talk to customers – then you have a responsibility to be careful what you say. The more successful you are the more followers you will have, but they are following you because they like the thing you do and perhaps not the crap you may spout behind closed doors. Prominence on social media is no guarantee that you are not personally a complete and utter tool, as I think events this weekend has amply demonstrated. But then, aren’t we all sometimes. In front of our mates.

And don’t even let me get started on that hot dog hoohah.

Anyway, my thought for the day. Leeds Pride – about as political as a bag of jelly beans; discuss.