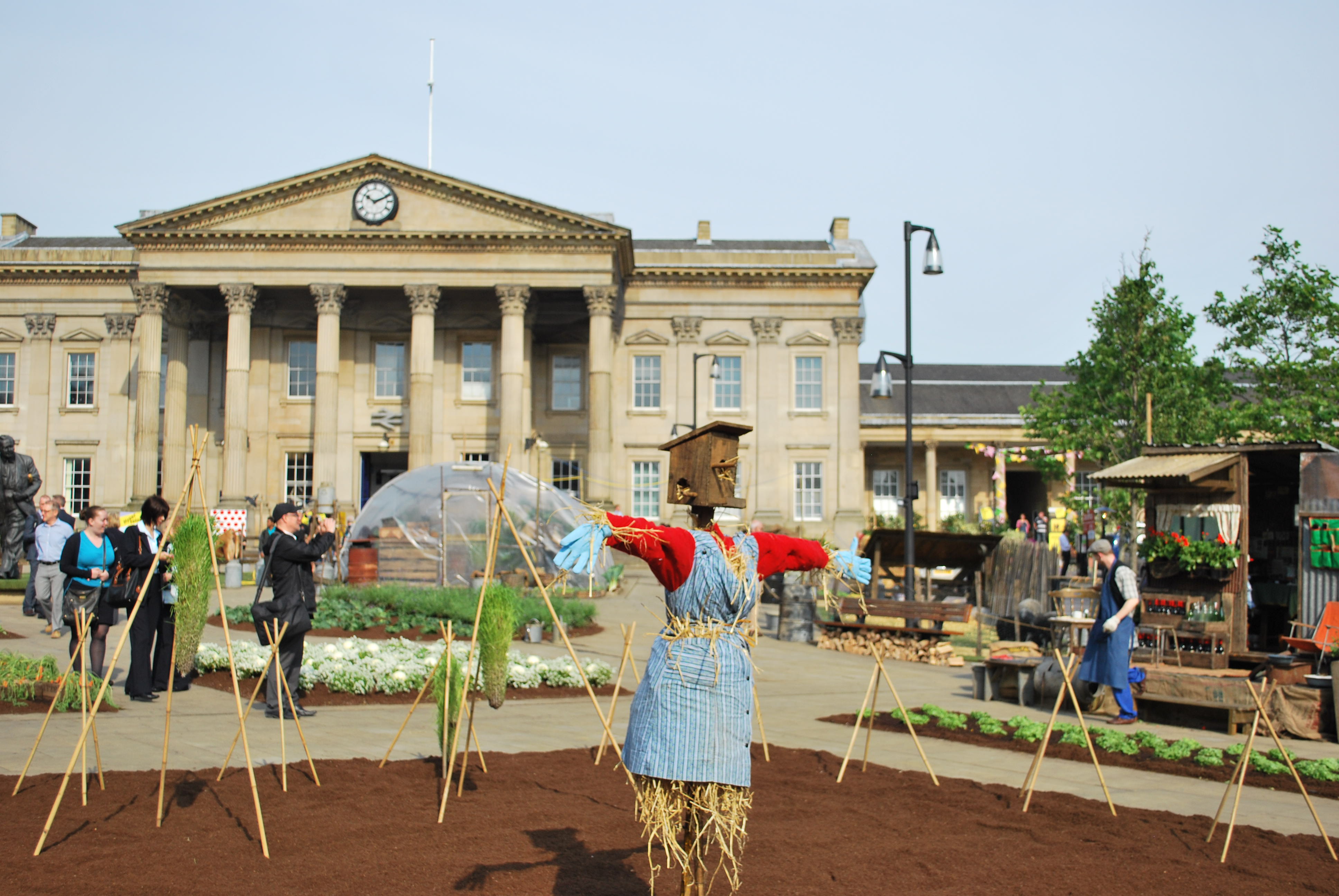 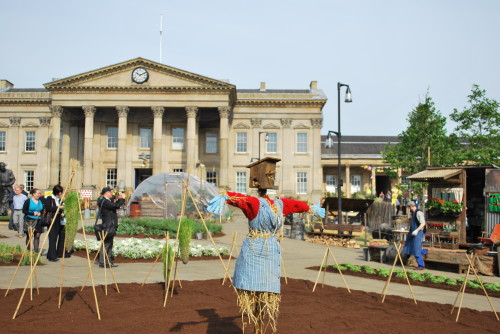 Yesterday morning there was a strange sight for commuters to adjust their bleary eyes to; a farm had appeared in the St George’s Square (the square in front of Huddersfield train station) overnight.

A family of French farmers had decided to settle down, construct their homes, tend to their crops and relocate their* animals in the town centre ahead of this weekend’s Tour de France visit to the region. A selection of fruit and vegetables were looking ripe, the scarecrow was scaring more than the birds (there were no crops to be found in the patch) and the farmers were so relaxed, one had a short nap whilst the rest of us were wandering around the space to take stock of what had appeared.

The farm has appeared as part of Kirklees Council’s Hypervelocity project, the only commission from the Yorkshire Festival to be awarded to a local authority.

The farm is just one aspect of the wider project which sees elements arrive and disappear so no 2 days are the same – you can expect to see a food and drink festival this weekend, there’s street theatre planned, flags appearing on the race route at Holme Moss and Emley Mass is getting the Star Wars treatment and will be lit up like a lighthouse (complete with lasers) from tomorrow evening.

It was interesting to walk around and see people’s reactions – some people were straight on their phones to tell loves ones, some people shrieked ‘this wasn’t here yesterday!’ and a nearby school had heard something would be happening but didn’t quite know the secret and decided to take the chance and bring their French class on a small trip to visit. 5 times Tour de France winner Bernard Hinault was also around to see how bonkers we’ve become for the Grand Depart and officially launch the project.

If you’re planning to visit yourself, be quick… I’ve heard whispers that it won’t be there too long. We’ve got a gallery of images below to give you a taste of what you can expect to see but remember, no 2 days are the same so the farm may have started changing already…