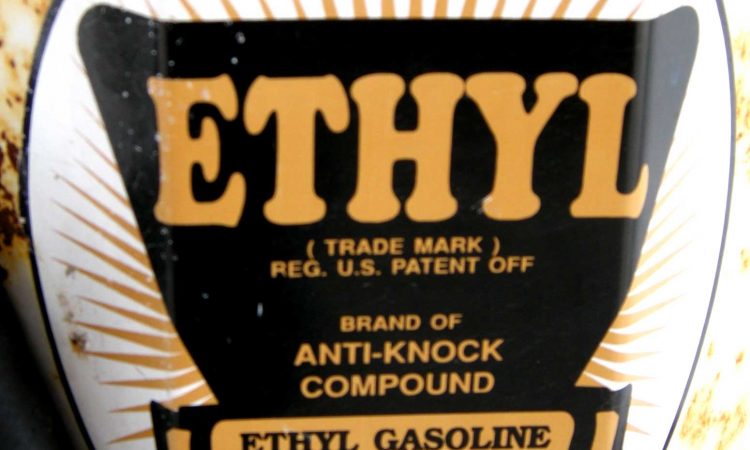 Vitruvius, the Roman architect noted in his writings that terracotta pipes were preferable to lead pipes for transporting water, as lead was poisonous. Before him, Nikander the Greek physician also wrote about its deadly effect. Lead has been known to be a poison for thousands of years. So why would someone deliberately put it in machines that would spread it around the world in the most efficient way possible?

The short answer is greed.

And why are most people unfamiliar with the catastrophe?

The short answer is lies, cover-ups and the long-term impact of lead poisoning.

This is what happens when someone is exposed to low levels of lead: it accumulates in their organs and produces symptoms of abdominal pain, fatigue, memory loss and headache among many others. Often, these symptoms are mistaken for lesser ailments. Children are especially vulnerable to lead as it interferes with neurological development and causes developmental delay and learning difficulties. The damaging effects of lead poisoning are irreversible. Depending on the level of exposure it can take many years for the symptoms to become acute enough for a person to die from them.

Our story of wanton destruction of the environment starts with an American engineer working in Ohio for the car manufacturer, General Motors. Thomas Midgley Junior is his name. He (along with many others) was looking for a solution to the problem of knocking in combustion engines. Knocking was the result of petrol igniting prematurely in the cylinders. It reduced the efficiency of the engine and frightened customers with its alarming sound. Midgely was looking for an additive that would reduce the flammability of the fuel and thus eliminate the problem. He found a perfectly good one with ethanol – an alcohol based solution. But there was one problem with it; no one could patent it and any farmer with spare grain could distil it. In fact, ethanol was a perfectly good fuel for cars with no smoke or odour in its exhaust when burnt. Oil companies saw it as a direct competitor and the newly formed oil company of Du Pont hated the idea of improving its product without benefiting financially so they told Midgely’s boss, Charles Kettering to keep on looking for an additive.

In his own way, Charles Kettering added to the speed and severity of the greatest environmental crime in history (albeit unknowingly) by delaying the development of the electric car for nearly one hundred years. He’d invented the electric starter motor that did away with the dangerous and strenuous requirement of hand cranking an engine to fire it. Hand-cranking was the main reason few women drove cars with combustion engines; they preferred to drive one of the competing electric cars sold at the time. So Kettering helped make the combustion engine the winner over electric motors.

After countless experiments, Midgley eventually found that a substance first invented in 1854 by the German chemist Karl Jacob Lowig, did the job. It was called tetraethyl lead but it wasn’t used in any commercial process because of its known deadliness.  In experiments it worked nearly as well as ethanol (although it later proved to be destructive to the engine) but crucially it could be patented and profited from. It ticked all the boxes for Midgely including the omitted one that asked ‘is it highly poisonous?’ He was good to go.

When GM announced its plans to put lead in petrol, experts in several prestigious universities immediately questioned the wisdom of it. As a result GM had to devise a strategy to counter the arguments. They launched a PR campaign of deflection and disinformation. Their approach of suppressing negative news stories, deliberately obfuscating the issue and producing their own experts who guessed (there was no actual data) at the likely impact of such a small quantity of lead in the atmosphere proved to be a template for other polluting industries to follow. Tobacco, coal and pesticide companies all took note.

One of the PR stunts that Midgley came up with was to wash his hands in the tetraethyl solution in front of the press. He claimed even daily exposure to the product would result in no harm coming to him. Shortly after the stunt, Midgley had to spend a year in Miami recovering from lead poisoning.

This development was kept quiet from the press and Du Pont geared up for mass manufacture of leaded petrol through a company called Ethyl Corporation at its Deepwater plant in New Jersey. In 1923 the first tankful was sold by Refiners Oil Company in Dayton, Ohio. Midgely wasn’t there to celebrate it – he was still sick with lead poisoning.

The evidence against tetraethyl started to mount up almost immediately. In 1924, several workers died in quick succession at the Deepwater plant where the workers referred to it as “loony gas” due to its ability to induce hallucinations. In the same year at another plant in Bayway, five workers died. In total 80% of Bayway’s staff died or fell sick from lead poisoning.

Eventually, substitute additives were found that weren’t toxic, could be patented and cost no more to produce than tetraethyl. All that the oil companies had to do was switch. They chose not to.

Because they couldn’t be bothered; from their perspective everything was working just fine as it was and they didn’t want the added expense of taking out new patents or changing supply lines. Plus, their PR campaign had silenced any demand for change from the general public.

Inevitably, it was legislation that slowly forced the oil companies to act and they were required by law to remove lead from petrol. Even then, the legislation was incidental: the real reason lead was targeted was because it rendered catalytic converters useless and the car manufacturers needed to fit them to all new cars. From 1960 the number of cars pumping lead into the atmosphere started to reduce and in 1986 it was finally outlawed everywhere in America.

The insidious effects of lead poisoning are similar to those of asbestos: it can take decades for the contamination to manifest, and so we have a subplot to our story.

From around 1950 violent crime figures in urban areas started to rise dramatically. Large towns and cities experienced unprecedented outbreaks. The following decades saw every developed country experience the same rise in violent crime. Many explanations were offered and many solutions were tried. None of them worked. Then in the 1990s the figures started to fall just as dramatically as they had risen. Again, no one knew why. Then someone thought to compare the rise in violent crime to the introduction of leaded petrol and viola! The graphs matched perfectly once a time lag of twenty years was factored in. A theory was put forward that the lead interfered with the cognitive development of children who then grew up to become disturbed, violent criminals. To date, a better explanation for the rise and fall of violent crime has not been offered.

Of course, correlation does not equal causation but the fact the graphs match everywhere in the world where leaded petrol was introduced suggests social and economic factors couldn’t be at play. It was likely to be a single factor.

If proven, the cost of this pandemic of violent crime in society is incalculable in terms of personal and financial loss and will dwarf the profits made from leaded petrol.

But it’s been over twenty years since lead was taken out of petrol so everything is—at last, fine now?

Leaded petrol is not history; it is still being made today by a company called Innospec (formerly, Associated Octel Company) situated in Elsmere Port, England. It can’t be sold in England or anywhere else in the developed world because it’s outlawed. In the developing world and Eastern Europe however, no such legislation exists and it is sold for use with the old polluting engines they’ve also inherited from us. Sometimes, in these countries the lead content in petrol is increased to higher levels than seen during the ‘60s, as it’s highly profitable for Octel to do so.

These countries are going to feel the full impact of the poisoning of their populations in twenty years time and we in the West simply watch and wait and do nothing to stop the profiteering from the avoidable tragedy. Innospec publicly denies there is a problem with leaded petrol (just as today some tobacco executives deny there is any health risk with smoking their products). The PR campaign can’t afford to relax for one minute because retrospective lawsuits are a likely possibility.

But it gets worse.

In the late 1950s, Dr. Clair Patterson, an American geochemist working at the California Institute of Technology wanted to determine the age of the earth using lead isotopic data. In the end he came up with the universally accepted age of 4.55 billion years but as part of his experiment he needed to know the background lead levels from thousands of years prior to the industrial revolution. What he discovered shocked him. His data showed modern lead levels at being between 100 and 1200 times greater than then. In 1965 he published, ‘Contaminated and Natural Lead Environments of Man’ that proved beyond doubt that lead contamination was man-made.

After his findings were published Ethyl Corporation did all it could to get him fired from his job. As a result of their lobbying he lost several valuable research funds (one linked to the US government and therefore supposedly outside of the influence of commercial interests).

Such was the shock at the revelation that other scientists checked his findings thinking there must be an error. There were none. Everywhere they looked, lead contamination had occurred. And they looked in the most remote locations on the planet.

In 1983, a report by the Royal Commission on Environmental Pollution concluded it was unlikely that any living thing anywhere in the world escaped lead contamination.

The lead pumped out from leaded petrol during the height of its use is still in the environment.

There’s a reason why cathedral builders used lead on the roof: lead doesn’t degrade or break down. Unless it’s moved, it stays where it is forever. That word is often used off-handedly but in this instance it’s literal. To remove man-made lead from the surface of the earth would require what is known in geological terms as deep time – hundreds of thousands of years. That’s the time it would take for erosion and land displacement to bury the lead. The earth would have to reform to get rid of it.

Today, every living thing on the planet and all our foreseeable descendants will have to contend with the poison that is man-made lead pollution in the environment.

And all because a small number of greedy people wanted to make money at any cost.