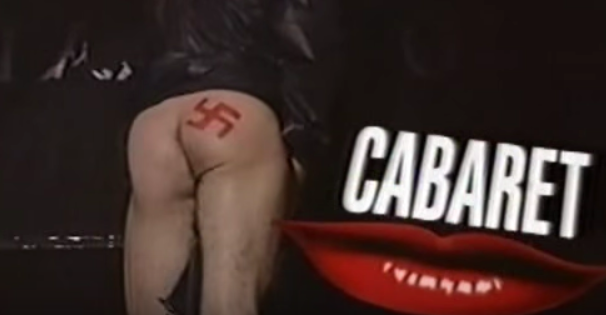 Is art always a good thing? Is it always on the right side of social change? Do artists have to be cheerful, celebratory and inclusive? Is the message they want to get across naturally uplifting?

I’ve been thinking about this sort of stuff for a while, mainly prompted by the Leeds bid for 2023 European Capital of Culture – which I’d argue answers all the above questions in the positive – but a recent piece by local current affairs and politics vlogger A Up Let’s Talk made me scratch my head and chew the cap of my biro. And when that happens I get the urge to write…

I’m not going to respond to the specifics of A Up’s article as he bases most of his argument on rap music and I’m hardly qualified to comment. The last time I listened to any rap was a live video of the Roll Out the Vote concert in Cincinnati, Ohio, which the artist Jay Z organised for the finale of Hillary Clinton’s presidential campaign. You can find it on Youtube easily. There seemed to be a lot of songs by young guys complaining about “dumb ass bitches”. One chap opined about “foreign bitches menaging, suckin’ and swallowin’, anything for a dollar, they tell me get ‘em, I get ‘em.” J Cole, who A Up mentions in his piece as one of the artists “that has not only stimulated my mind but taken me to a place where I can critically analyse society and my own value system,” sings No Role Model which ends with a string of regrets about the women he was unable to have sex with, “Now all I’m left with is hoes from reality shows… She shallow but the pussy deep…” I’m fairly sure you can see the President elect singing along in the call and response section: One time for my LA sister, One time for my LA hoes! Regrettably Jay Z did not do a rendition of his charming ditty, “Pussy”, which happens to be my favourite Karaoke number. I often perform it with my mate Harvinder taking the R Kelly part… that’s the power of the Pee You Ess Ess Why! Politically progressive poetry if you wear the right cap.

I did mention I was not qualified to critique rap music?

But anyway, back to my main point about art and socially sanctified activism.

I’m not going to launch into a deep and detailed philosophical discussion about aesthetic theory (boring!), instead I’ll take one popular song from a very famous film and trace the process through which it was transformed from a statement of anti-fascist protest into its exact opposite.

The song, Tomorrow Belongs To Me, from the film Cabaret, has been reworked many times, usually from a left-liberal, anti-authoritarian stance. In fact the reason I chose to concentrate on this tune is that it was recently used in a skit against Trump (before he was elected.)

And it was famously used in a spitting image sketch mocking Thatcher in the 1987 election.

The song has impeccably progressive credentials. Written by Kander and Ebb (liberal, gay, Jewish) for a film based on the 1945 book Goodbye to Berlin by Christopher Isherwood about his sexual exploits in Weimar Germany, it’s a cleverly subversive piece of Anti-Nazi propaganda.

The song begins with a saccharine innocence and builds to a stridently unpleasant crescendo. It’s obvious we are meant to identify with the disapproving Michael York and the nervous bespectacled chap and not the old, sweaty, ugly bloke or those terrifyingly earnest Eva Braun types.

The original Broadway version was perhaps more ambiguous, but later stage versions hammered the politically correct point home. Alan Cummings’ ended the song baring his arse upon which was emblazoned a bright red swastika. We all got the drift.

I first became aware of the song a long time before I saw the film or the musical. One of the first proper albums I ever bought was the Sensational Alex Harvey Band’s Tomorrow Belongs To Me. 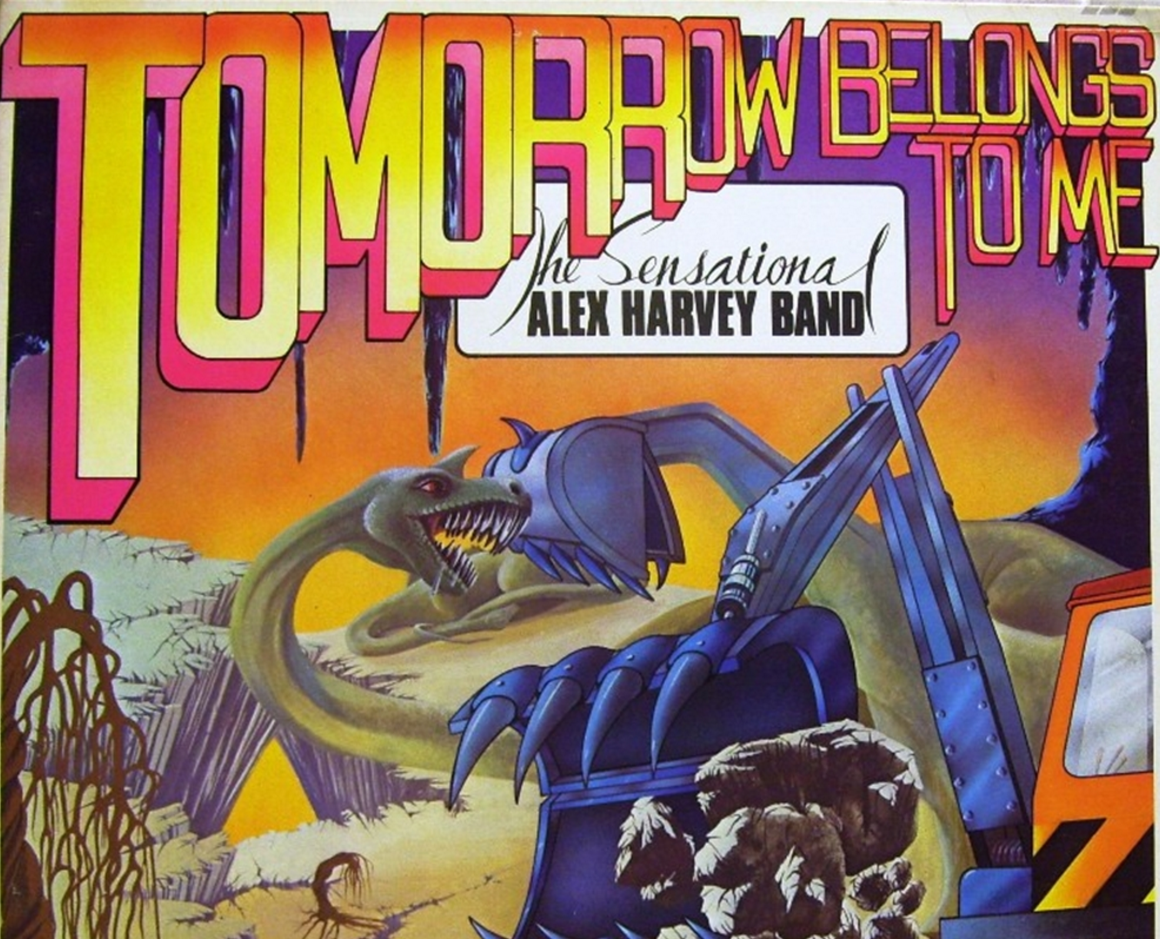 It wasn’t my favourite track – listen to Snake Bite, or Action Strasse, or the marvelously surreal Tale of the Giant Stone Eater – and although I could hum along it never really registered. Not until I saw a documentary in the early 2000’s that talked about the “interesting risk” for Harvey to name an entire album after a song that had “slightly neo-nazi connotations” (“slightly” is slightly too much of a connotation when it comes to Nazism in my book?) He was attacked at the time in some sections of the music press for having right-wing political sympathies. Apparently, even in the mid-’70s the song was known to be dodgy, and the record industry was shocked that Harvey got away with covering it.

Most of Harvey’s mates claimed he was on the side of the angels, and although he was a bit obsessed by Hitler it was all a parody, a critique, just a bit of fun (a bit like the rappers use of “pussy” perhaps?) There is a “Hitler” version of his song “Framed” on the internet, and a John Peel interview about that song… which is very weird.

Stuart formed a band called Screwdriver. They were activists too. But they weren’t the sort of band you’d book to do a fund-raiser for refugees or save the rainforests. I was once hospitalised by a couple of politically active guys wearing Screwdriver t-shirts, and still have a bit of a crack in my skull from the encounter. They were Nazis.

You can easily find the Screwdriver cover of Tomorrow Belongs To Me (just Google Hail The New Dawn.) Stuart also did a rockabilly cover with a band called The Klansmen, which I’m sure you can imagine. And a pop version with his guitarist, Stigger. They are crap. But then so was most punk.

Fifteen years later there was a tribute album to Screwdriver by a Swedish artist called Saga. There’s a version of the Kander and Ebb tune. Piano and vocals. And it’s not crap.

Saga makes Marine le Pen look like a children’s TV presenter. She’s a proper fascist, and I don’t just mean someone who neglected to sign your latest petition. She’s an actual Nuremberg-rallying, Sieg-Heiling, Blitzkreig-bombing, card-carrying Nazi… who can really hold a tune.

Her version of Tomorrow Belongs To Me is probably the best going. It’s beautiful, soulful, mournful, sensitively interpreted… and entirely hateful.

There’s an old saying, the devil has all the best tunes. In this case the saying is right. Art can inspire activism for despicable causes too.

Artists like Saga and Screwdriver will never get Arts Council funding. They’ll not be invited to perform at a Democratic National Convention. And the state will always oppose them and try to close them down. But they survive. And there are signs they are getting a new lease of life. Art doesn’t always play nice.