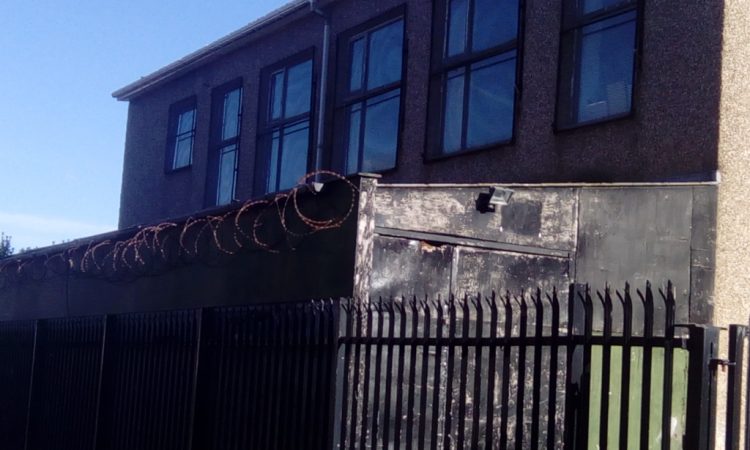 Where PHIL KIRBY reads the Yorkshire Evening Post and gets annoyed… again. 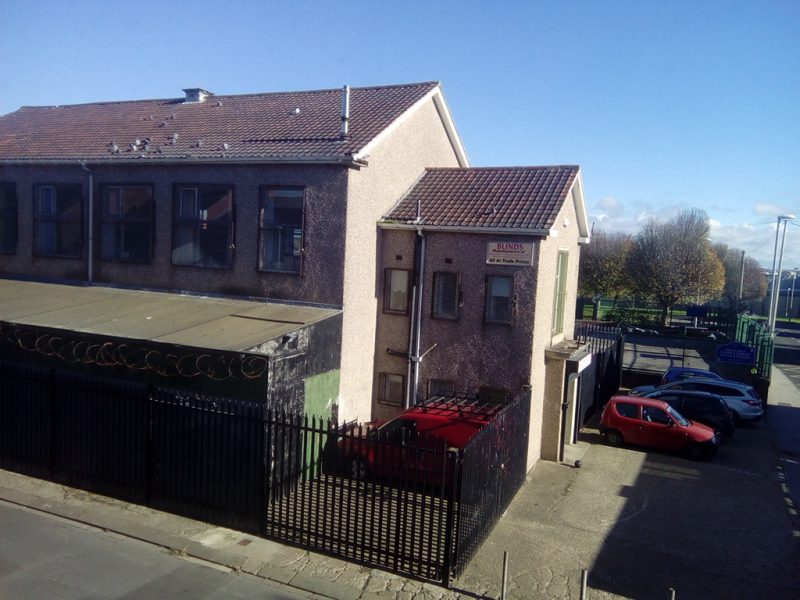 This is the view from my office window. Just a standard inner city back street. Nothing to write home about.

The building opposite, I am unreliably informed, was once a working men’s club but I can’t find any evidence. I’m sure when I first moved here a sign above the one that’s there now advertised “Quality Blind’s” though.

There’s rusty razor wire defending a rickety roof and a sturdy steel fence protecting a wonky, sloppily painted shed. All the windows in the structure are behind wire mesh, and that, coupled with the formidably weaponized fencing, causes me to wonder if there are many break-ins at Venetian, Vertical and Roller Blind Manufacturers? Do I live next to an insurance risk? 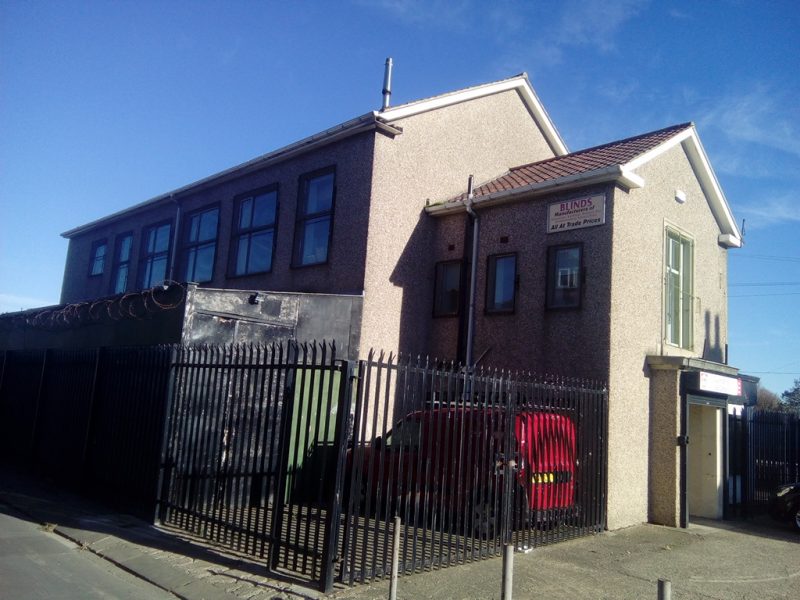 Gruel coloured pebble-dash covers every available square inch of the walls, even down to the window frames, which I’ve always thought peculiar. But then, pebble-dash… Whoever thought of slathering a vertical surface with adhesive, then spewing half a ton of Scarborough beach at it must have been pretty peculiar. But it was the 1970s. You probably had to be there and pedal a Chopper in purple velvet loon pants to understand how bloody peculiar things were back then. I remember my neighbours in Middleton getting their house done one summer school holiday and the whole street came out to drink Skol lager (Tizer for me) and gawp. it was one hell of a pebble-dash party.

My current next door neighbour, a single bloke, no kids, seems to have accumulated a random collection of children’s clothes on his back doorstep. Maybe they blew there in the recent gale? His garden wall is half demolished, like a broken tooth in the back street. Fortunately, he removed the heap of bricks that had been scattered there for years after I complained that one of them had ended up in my Belfast sink, lobbed over the garden gate one night by some local miscreant, completely wrecking the kitchen window. 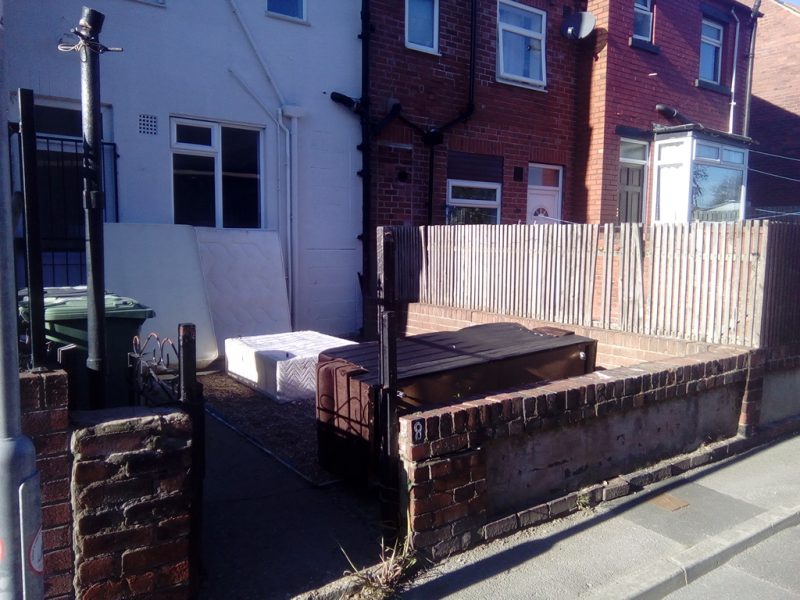 Next door to him the house is unoccupied and for sale. The garden is littered with old mattresses and a divan bed base. A few weeks ago there was a fridge freezer tipped upside down in there, and only just removed from outside the gate was a lovely rosewood radiogram with one of those classic back-lit valve radios and a speaker the size of a horse box barricading the street.

Further along there’s the pigeon guy – they aren’t his pigeons, they belong down the road, but he throws handfulls of corn out into the back street every morning, so basically the place becomes a pigeon diner from 6.30-8am.

Then down a bit there’s Dressing Gown Man – tall bearded bloke who you never see in anything but a very short, pink, fluffy dressing gown and flip flops, singing show tunes to his cat (Mrs Slocombe) no matter the time of day or night – then Super-Car Woman – she goes nought to sixty in her Mini in the time it takes to the end of the street – and right at the end there’s the Naked Ironer… seriously, the lady irons in her back yard naked from the waste down. I’m tall, I can see over her fence (honestly, I don’t want to see that, I can’t help it. Is she ironing knickers? That would be ironic.) 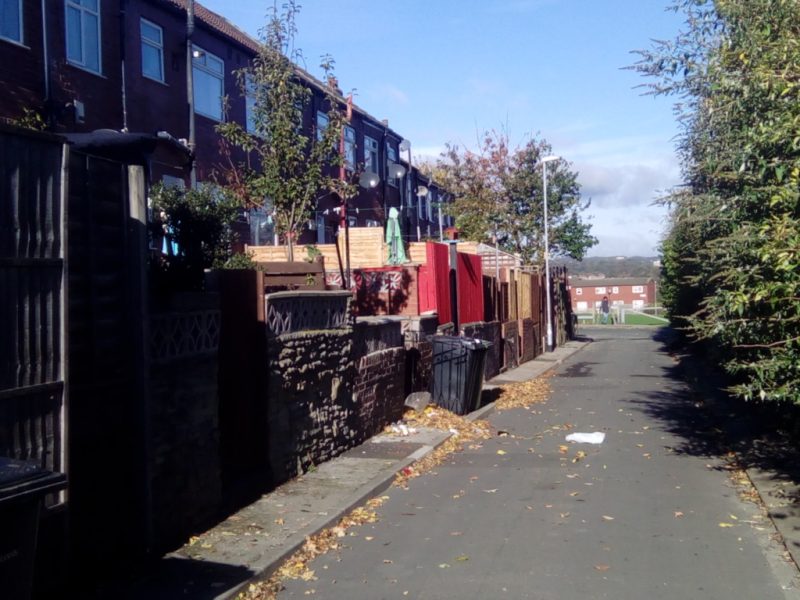 I live in a small street. But I think it’s typical. And great. A constant surprise, an occasional shock, an endless amusement. I know it’s a mess, and nobody would ever deem it iconic or decide it should be preserved for posterity. But it’s a real place, and alive, inhabited by people I would never happen across otherwise (in most cases I couldn’t imagine them, could not make them up) and we all seem to bumble along quite happily, despite the occasional brick smashing through the kitchen window. It’s why I love living in a city.

And it’s the absolute opposite of this… So City. 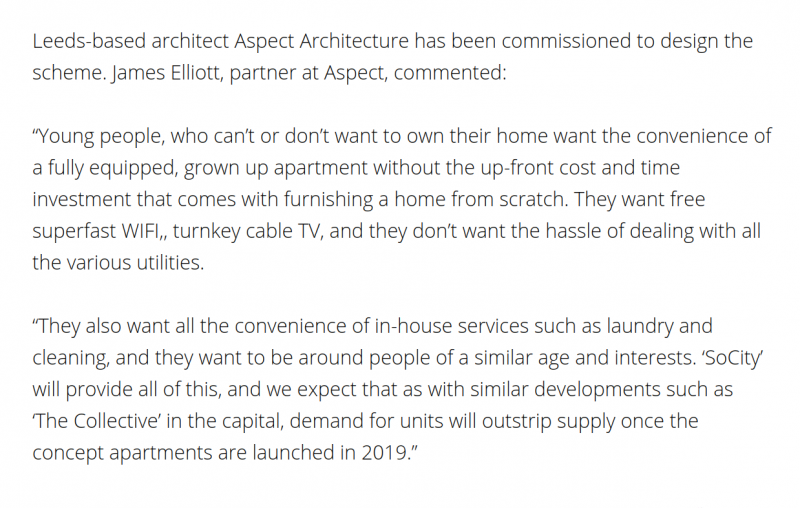 This piece in the YEP started an interesting conversation on Twitter this morning.

Thankfully the council blocked the development this time. But they will be back. And they have money, and money talks in this town. My guess is that next time this goes in front of the council there will be something sweet on offer, something designed to change the councillors’ minds, something irresistible. They’ll be doing Leeds a favour if they build So City. We should be grateful. So City is vibrant, iconic, aspirational. Anybody who disagrees will be branded a moaner. It’ll happen.

Leeds will become more SO SO.