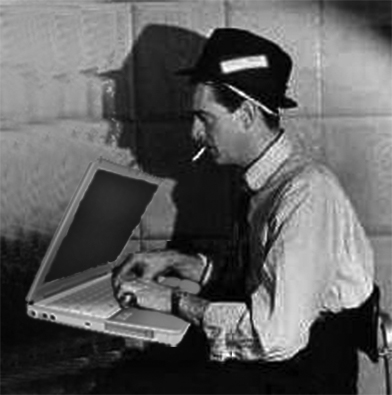 I belong to an abused and misunderstood minority group.

I’m viewed with suspicion, sometimes with outright hostility, by members of the public just because of what I am. I’ve known people stop talking and stare when I approach. Even educated folk who should know better are prone to sweeping and ignorant generalisations about how they think I behave. Others are sure ‘people like me’ will do anything for money. Politicians of all parties routinely vent their fury at me, often to deflect attention from their own failings. New laws to restrict my activities could prove an easy vote winner, and to that end I’ve had a judge examining my affairs in detail.

More specifically, I’m a journalist who’s spent 30 years in local media in the north of England, two decades of that in commercial local radio in Bradford. As I turned 40 I chose to pull out of the front line to focus on training, helping instead to develop the skills of postgraduate journalists at what we must now call Leeds Trinity University. At the moment I’m recruiting for my Postgraduate Broadcast Journalism course which starts in January 2013.

But given the gloomy facts of life outlined above, why would anyone want to enter the profession? Lord Justice Leveson isn’t the half of it. There’s a debate raging elsewhere on his report so I won’t comment here other than to say I’m very much against driving a wedge … however thin … into the concept of press freedom. We need a First Amendment to the constitution we don’t have.

Closer to home, if we accept the conventional wisdom local journalism is in crisis. A big ‘For Sale’ banner on the iconic Yorkshire Post Newspapers building in Leeds serves as a metaphor for the perceived decline of regional media. And yet there are glimmers of hope.

My 2012 course that started in January finished today and two of my five postgraduate broadcast journalism trainees are already earning money as freelancers. On the print and magazine pathways the jobs news is even better. Seven of nine (wasn’t she a character in Star Trek?) have already secured paid employment. So there are jobs for those with the right training, and more importantly the right attitude. It’s no surprise to me that those who are the first to find work are those most willing to go the extra mile, work the extra hour, make the additional call to get the story just right.

As for the profession itself I’m also hopeful. We need less obsession with the fate of specific media products (dead trees, anyone?) and a focus instead on the core skills that make a journalist. People demand news. Audiences are curious, but only a minority (probably including you if you’re reading this article) have the interest, motivation or simply the time to seek out original sources for themselves.

Compare it to food shopping. A minority will ‘grow their own’ on allotments, scour market stalls for rarities and bargains, compare the origin of products on the shelves and (stereotypically if not literally) knit their own yogurt. The majority fill trolleys at Morrisons or Asda. So it is with news. Even in the brave new internet age the majority of busy people with busy lives want news pre-prepared and presented in an attractive and convenient, easy-to-digest form. After a day in front of a PC in the office they don’t want to go data-mining at home down on the digital allotment. That needs journalists.

The tools may change. In my radio career quarter-inch tape has given way to MiniDiscs (remember those?) and then to Flashmics … essentially a USB stick with a built in microphone. The next generation are already using smartphones, seamlessly moving from audio to video and still photography, live-tweeting and blogging events as they happen and uploading material to the web with a single button press. Never mind the gizmos – it’s still journalism. Information is not news. News is about stories. Stories are about people. Therefore news is about people. It takes a skilled storyteller with the right attitudes and the right mindset to find the people in the information. That skilled storyteller is the journalist.

The internet allows fantastic connectivity. Through Twitter I’ve discovered people and events in my own city I’d never have encountered any other way. I know a performer in Chapeltown, a blogger in Bradford and an historian in Headingley who would make excellent journalists; even in this harsh economic climate the BBC in Salford would snap them up for the diverse insights and observational skills they could bring to the Corporation. There are real opportunities for the right people.

So I head towards 2013 in a cautiously optimistic mood. I’ll meet my new class (looking at the profiles, one of the most diverse groups I’ve taught in 20 years) on the 14th of January. I still have room for a few more if any of those alluded to, or any other graduates with the right attitude, aptitude and initiative, want to get in touch.