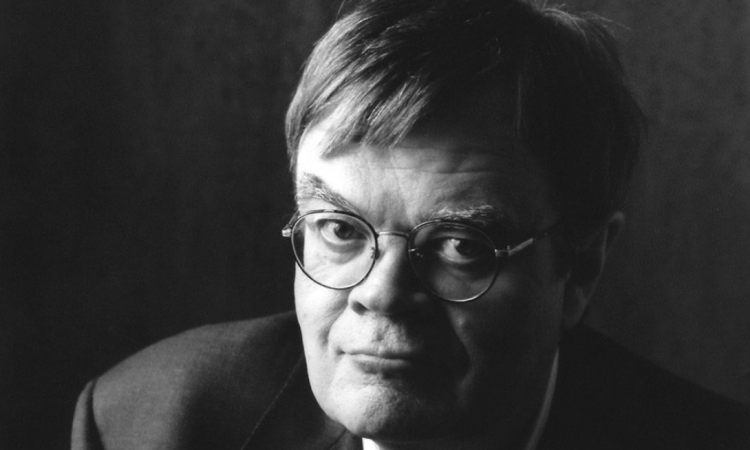 PHIL KIRBY recommends a book to a friend. Then regrets it. Then thinks, what the hell…

Over wine the other night, that last glass of the second bottle right before you realise you’ve probably had enough, I mentioned to my drinking companion that I was a big fan of Garrison Keillor, once described by the Observer as “the best humorous writer to come out of America since James Thurber.”

We were chatting about our mutual admiration for David Sedaris. I was saying how envious I was that she’d seen him live, and even exchanged words (well, the gist of it was that Sedaris asked who he should dedicate the book to, but that counts as conversation in my book?) and I brought up Keillor. It seemed appropriate at the time. If she liked Sedaris, I reasoned, she’d probably go for Garrison.

I said I’d send her a link to one of my favourite Prairie Home Companion sketches, the one about the artist who gets a phone call from the director of the local gallery informing him that his rival and arch nemesis has got the big commission to make a sculpture for… I couldn’t quite remember the details, my brain was sloshing in Hardy’s Shiraz. But it was online, archived and well-known. It shouldn’t be hard to track down.

I’d circulated a link a year and a bit ago to a couple of friends in an email about a writing project I was trying to get funded. So I entered “Garrison Keillor” into the search box of my email program. Within seconds I found the thread. There was a link to the National Public Radio site.

I clicked. It took me to a dead end. The archive was gone. Disappeared. Deleted. Forty years of work, like it never existed.

I did a bit of digging, clicked a few more links, and, oh no…

The news took a while to sink in. Literary gossip doesn’t interest me in the slightest, so I’d missed the story of his dismissal just over a year ago, the taking down of content, the legal manoeuvres, the rapid renaming of the radio programme Keillor was identified with since the mid-70s.

I couldn’t face reading anything about the accusations. An accusation is enough, I don’t want details.

And I’d just recommended this guy to a female friend. Not only that, but a few days previously I’d tweeted this

Seem to have bought another copy of Lake Wobegon Days from the charity shop… If anyone fancies it give me a shout pic.twitter.com/T6AhROrajQ

I was even distributing his books!

Question is, do I delete the tweet? Do I apologise to my drinking companion? And do I purge my bookshelves?

That’s a serious question. I read a brilliant piece by Rebecca Solnit exactly 3 years ago, 80 Books No Woman Should Read, where she questions an Esquire list of 80 Best Books Every Man Should Read. She argues that this is a list of books that only men would read, and this could be the reason men behave the way they do. Like jerks. Assholes. Dickheads. Or, as she puts it better than I ever could, “I just think some books are instructions on why women are dirt or hardly exist at all except as accessories or are inherently evil and empty. Or they’re instructions in the version of masculinity that means being unkind and unaware, that set of values that expands out into violence at home, in war, and by economic means.”

I totally agree with her assessment of “midcentury misogynists” (Bellow, Updike, Roth, Mailer), though I’m frankly scratching my head when she let’s off Jim Harrison for his “lecherousness on the page”, citing his “redeeming qualities”; “there’s a wholesome midwesterness about his lechery, unlike Charles Bukowski and Henry Miller’s.”

Midwestern lechery is precisely what got Garrison Keillor into bother.

Have to admit I still have Bukowski on my bookshelf. And Kerouac. And Mailer, Roth and Bellow. I’d punch you if you tried to bin my Burroughs. And Nabokov… you are not nabbing Nabokov. And, yes, I know how problematic Lolita is. Still, on my shelf.

(Hmm, is this a bit like clinging to your Jim’ll Fix It badge, claiming it’s all fine as Savile’s dead and buried – actually, reburied I think? I wish I knew.)

These guys are all safely deceased. Their misogynistic misdemeanors confined to print. A vanishing minority still read their books, so to blame them for current toxic masculinity is a bit strange (Solnit is a writer, and therefore over-values the impact of the written word)… I don’t reckon anyone in my local jail has read Mailer. Nobody tearing around the streets on a quadbike, or drinking lager in the park, or shouting sexist abuse at the Number 16 bus stop is reading Nabokov. And Bellow? You are kidding me. Books, reading, literature… doesn’t have much of an impact.

Solnit’s main point, however, was how all these guy writers portrayed women. The page is paramount. She doesn’t mention once how these writers treat women in real life, it’s all about the fictional world they’ve created, which only exists in our imagination.

And on that point Garrison Keillor is sound. In his fictional world women rule, have power, agency and character.

In real life he could be a prick, there’s no doubt. But between the pages of a book, or the space of a radio programme, he was remarkable, and the women he writes about come out on top in general, morally at least. All his men are shmucks. Dopes. Bloody useless to a man.

In the end as readers we should judge Garrison Keillor for how he treats words on the page, his relationship to sentences, the quality of his writing, and not his flawed relationships to particular individuals, his faults and his fuck-ups as a human being, partner and professional. That’s for the courts to decide.

Anyway, I still have a copy of Lake Wobegone Days if anyone is interested?