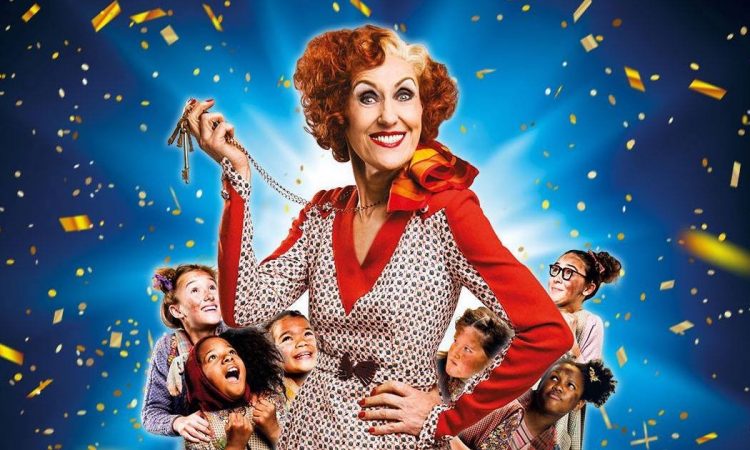 As the West End hit Annie comes to Bradford for one week only, former-Eastender ANITA DOBSON talks to KERRY McGHEE about playing the tyrannical Miss Hannigan.

Annie is the musical tale of a brave girl who lives under the harsh tutelage of Miss Hannigan in her orphanage for young women. Longing for parents of her own, Annie sets out on a journey to find them and encounters Oliver ‘Daddy’ Warbucks, a billionaire who offers her a new life. Obviously, the jealous Miss Hannigan has other plans.

Miss Hannigan embodies the socio-economic struggles faced by the American working classes faced during the Depression. Actress Anita Dobson has played her fair share of characters with difficulties in her time: Mama Morton in Chicago, Madame Morrible in Wicked and, memorably, Angie Watts in Eastenders. I ask how she feels about taking on another challenging role.

“When I get given an opportunity I try not to look over my shoulder too much,” she says. “There is always someone who will criticise you, so you have to take each new part on their own merit.’

She is in good company. The role of Miss Hannigan has been played by Carol Burnett, Cameron Diaz and Kathy Bates, among others. Not that she let’s that phase her.

“It’s been great fun. It’s a wonderful role and I will be sad to leave. I can’t pick a specific part I most enjoyed as it is all wonderful. I was there at the beginning when rehearsals started, so I bonded with the company.’’

Three teams of young performers play girls in Miss Hannigan’s orphanage. She particularly enjoys working with them because their responses are so infectious, says the actress.

“When they laugh we know we are doing something right. They are a favourite of the audience too. They have a rotten life, so when they cry, you cry. But when they laugh, its magic.’