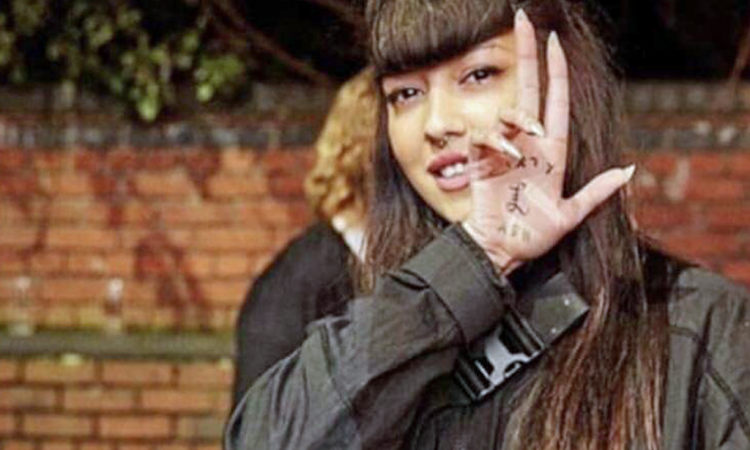 Jonah Hill appeared in some godawful movies (IMHO) in the noughties. Then suddenly he was a proper actor, working with Martin Scorsese and appearing in the seriously brilliant Maniac on Netflix, and all was well with the world.

Now he’s made a film about the nineties called – ummm – Mid90s, which thankfully has nothing to do with how he ended up starring in those godawful movies… Let us never speak of them again.

Mid90s is a coming-of-age story set in Los Angeles in which Hill mines his own adolescent experiences via the central character of thirteen year old Stevie.

There have been favourable comparisons to slacker auteurs Richard Linklater and Larry Clark, though critic Peter Bradshaw was more qualified, calling Mid90s ‘accomplished and watchable,’ if ‘nearly a pastiche’ – presumably Hill did not have Guardian readers in mind when he made the film.

Catching a nostalgic wave, Everyman in the Mid90s is a series of cool immersive launch galas which capitalise on the movie’s story of a search for a place in the world, and its themes of freedom and acceptance. Tapping into the art and music of the skate scene, expect pro skate displays, live art, b-boy displays and post film hip-hop from DJ Paul Weston.

Co-curating is street artist, clothes designer and trainer obsessive Lei-Mai LeMaow. With a schooling in graffiti and street wear, her work mixes modern with traditional, and betrays a keen eye for authentic detail.

A force of nature, Lei-Mai came to attention of Tom and Fiona at Everyman’s events agency Sundae Communications with her contribution to Manchester’s Bee in the City art trail last year. “They liked it so much they asked me back to paint this,” she says laughing. “They’re are mad easy and fun to work with so shouts to (them)!”

Lei-Mai grew up in Liverpool, and moved to ‘Manny’ (Manchester) in her early twenties. Each has a strong reputation for creativity greatly at odds with its relatively small size (compared to Leeds or Birmingham say). Does this explain her gravitating from one to the other?

“I’d say my attitude and personality was definitely baked in Liverpool, and then the creative icing was added in Manchester,” she says. “I’m not sure I can answer (about) creative power as I know so many creatives from all around the country; Leeds being where some of my favourites are from.”

Lei-Mai confesses to a low boredom threshold, partly because of ADHD. She draws inspiration from family and peers, from anywhere and everywhere. “I was always inspired by people working towards what they wanted no matter what it took to get there; (whether) it was making money, or just smashing life in general through hobbies or art or whatever made them happy.”

“I didn’t learn a thing in school,” she says laughing. “I wanted to, but couldn’t concentrate (ADHD wasn’t a thing then). I loved history. I loved maths. I loved working stuff out in science, but I’d find myself drifting off, wondering why the birds in the trees were doing what they were doing.”

“I found as I got older, a hands on approach is what I like. Working stuff out is how I like to learn. I obsess over learning things so much that when I try for the first time it’s usually a hit, and that gives me even more motivation to try something new.”

Lei-Mai can relate to Hill’s film and his reasons for making it: “Friends helped me a lot growing up, and definitely became family,” she says. If there is a take-home message then it is, “Trust your instincts, don’t stick around with people who make you feel rubbish, and just do what you want. Always!”

“The nineties to me was mostly raves and, for want of a better word, rebellion. (It was) definitely when I realised I could do what the fuck I wanted and nobody could stop me… That’s pretty much continued through to the current day,” she adds laughing.

Clothes and trainers remain Lei-Mai’s first love, though it was vandalism (as a graffiti artist) which led her to art. She always plans ahead, and likes to research jobs as thoroughly as she can. “Luckily this time I already have some insight into the subject.”

“I’ve chosen to base my designs on nineties’ board graphics and brands. Skateboard brands often re-up old designs, so I reckon this is the perfect time to give a nod to some belters! I’ve also managed to get hold of some blanks in nineties’ shapes for extra nostalgia!”

I ask whether graffiti is an art form of the people, one that exists outside the traditional art gallery circuit and such. “That’s a funny one,” she says. “Street art and graffiti are completely different. You’ve got your vandals and you’ve got your street artists. The vandal side is where it started for me, but my job is more street art based I guess – although I like to say it’s signwriting on a different scale…”

“Also you’ve got the likes of Kaws and Mike Giant, CJ Hendry and [Manchester’s] Nomad Clan, (all) with graffiti backgrounds, and tons more making an absolute killing from graffiti / street art. The likes of Moosey Art are selling graffiti artists’ work from all around the world, so I think the old gallery style may still be relevant, but it’s not as important anymore.”

Scenes from Mid90s invoke the testosterone camaraderie of Stacey Perralta‘s breakthrough documentary Dogtown and Z Boys, but recently that gender imbalance has started to correct itself. Crystal Moselle‘s Skate Kitchen may have started the ball rolling, but how conscious was Lei-Mai of gender politics in the skate scene growing up?

“The level back in the day was mad. Think of Bob Burnquist, Danny Way and Tony Hawks pushing the boundaries for skateboarding,” she says. “I guess the limelight was more on men because they were going BIG, but there were still sick female skaters – Elissa Steamer and the likes – who were very much in the forefront of the public eye.”

Instagram has allowed a new generation of women boarders to show off their skills, she says. “There’s female pro’s like Nora Vasconcellos, Leticia Bufoni and Lizzie Armanto smashing it. I guess it feels like there’s more females skating because we can see them on Insta so easily. Plus, I dunno… Skating is cool in mainstreamland now, isn’t it? Sooooo… (laughs)”

Streeterarti on street art in Leeds for Culture Vulture