Steel isn’t the only metal which Sheffield is now famous for, in recent years a thriving contemporary metalwork scene has meant that silver has also gained a formidable reputation in the city. Last year Culture Vulture reported on Sheffield-based Chris Knight’s win of the Metalwork Design Award with his stunning memorial chalice. It’s testimony to the rich community of craftsmen and women in the city that Chris’ stablemate at Persistence Works Charlotte Tollyfield has won ‘Best New Merchandise Award’ at the prestigious Goldsmiths’ Fair for her Square Teapot – a beautiful cubist affair with looks like a prop from the iconic futuristic film Metropolis. Charlotte herself was keen to create something that would arouse curiosity and that people would instinctively want to touch “I wanted to create a piece that would be a conversation starter. This was the first time I was selected to take part in the Goldsmiths Fair and I wanted to make something that stood out, something memorable. I had the teapot at my stand for people to handle and admire, the appreciative feedback from visitors was exactly what I hoped for.’

The support network for young silversmiths in Sheffield has undoubtedly helped to nurture Charlotte’s prestigious talents. The Yorkshire Artspace Starter Studio Scheme has given Charlotte her own space, access to equipment and the chance to be mentored by more established metalworkers. While a grant awarded by Arts Council England as part of the Galvanize Festival – Sheffield’s biannual celebration of its metalwork heritage – gave her the resources to make the winning piece. Charlotte was selected for the award by renowned collector and contributor to the arts, Jacqueline Gestetner and was presented with a prize of £1000 by Paul Dyson, Director of Promotion at The Goldsmiths’ Company.

If you’d like to have a look at the charming Square Teapot and perhaps even make Charlotte an offer for it, you can go along to the Open Studios event which Yorkshire Artspace are running across their three sites this weekend. If you don’t think you can afford the Square Teapot, Charlotte will be raffling off a Small Ripple Bowl hand made from sterling silver and bearing the Sheffield hallmark, worth £420.  Tickets: £5 each can be purchased from Studio 24 on both Friday 18th and Saturday 19th November.  Joining Charlotte over 60 artists will be letting visitors into their studios for a closer look at their work both finished and in the process of making. This year The Gallery at Persistence Works will also be showing ‘PW10’, a selling exhibition of 32 limited editions of ten artworks to celebrate the 10th birthday of the building. While Yorkshire Artspaces’s newest site, Manor Oaks Studios, will have an open day on Sunday the 20th offering not only the crafty delights of the open studios but  a chance to enjoy a side show of farmyard animals. 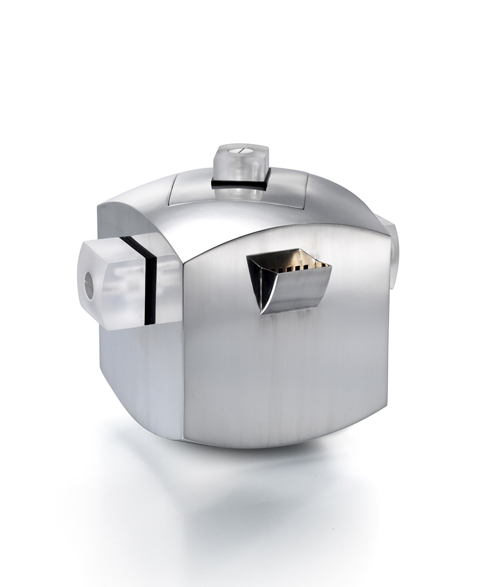