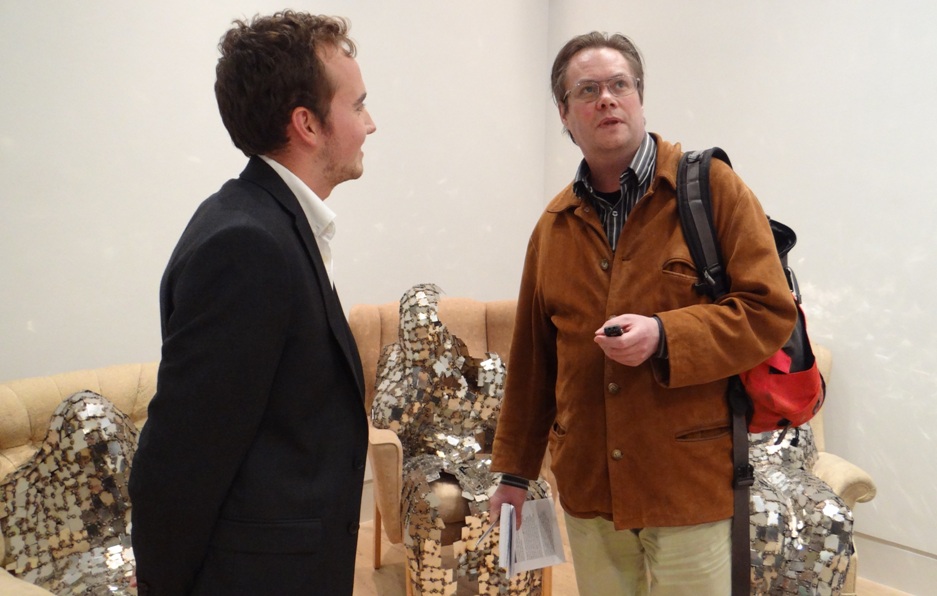 Last chance to see the FUAM Graduate Art Prize Exhibition 2014. Rich Jevons looks at the work of the four finalists. 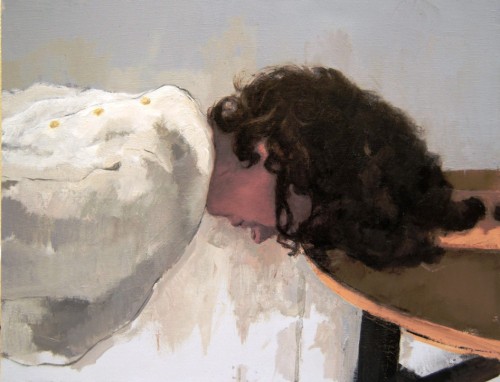 Júlia Moscardó i Chàfer is the only shortlisted finalist to use painting so I asked her how she felt about the postmodern notion that painting is dead. “I have never considered painting dead, maybe only buried, but not dead. I feel it latent in new disciplines that keep some concepts from it. I am not scared of being conditioned by what already exists as I don’t pretend to show anything but the ideas I want to share; painting, brushes and canvas are tools as a camera or a projector can be.”

“Many things come to my mind when you ask me about “painting is dead”: performances, projections, videos, sound art. Most of these disciplines have been developed for many years already, and some of the pioneers that made them born have created schools themselves.”

Her paintings are very flat and therefore quite graphic and quietly deal with home and identity with something of a reflective or even melancholic slant. 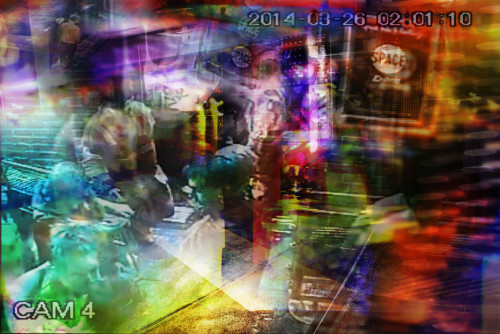 Chloe Aretha Burdett’s piece focuses on her work as a bartender. “I had worked at this place for over two years,” she recalls, “and always came home with a story to tell my housemates in the morning – the stories would usually start with ‘you never guess what happened last night’.

“Managing to work late nights with morning lectures was a struggle, but it became the norm for me the only way to balance both was if I incorporated one with the other but also because working in a nightclub educated me in many ways, I used each shift as primary research for my project.”

Her work includes CCTV clips accompanied by a soundtrack of tawdry tales of bartenders’ experiences. “I felt that it needed to be seen. I just felt that nightlife culture related to a wide audience – students/younger people could relate to it and become more aware of themselves (and how they might look when they are intoxicated).

“What you see on the film, is what we (those who work in nightclubs) witness on a regular basis and worse, I really wanted to put outsiders into my position and have them see – not really as a negative, but more as a step back and just look at what is going on.

“This is how the sound plays a very important role within the piece because it gives its audience an insight into what it’s like for people on the other side of the bar – these people who work together to provide the best experience for its consumers and deal with the best and worst customers.”

It’s an immersive piece that certainly won’t make you want to go out on the lash, but is also quite funny in an existential kind of way. 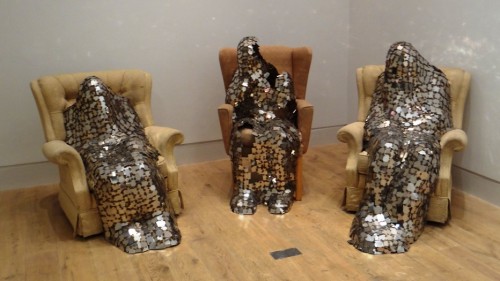 Equally playful, but again with some serious content, are Ben Eggleton’s welded figures. Eggleton drew from direct personal experience to create works that, quite literally, reflect the stony subject of dementia. “It really came in my second year,” he explains, “when I did a piece that was directly about my grandmother’s dementia. It was a passage in her diary showing the deterioration of her.

“But these pieces from my third year are about the general concept of dementia. How dementia is increasing within society – it could happen to anybody really. There’s also the debilitating effect that it has on the body and the fact that you’re almost trapped within your own mind and that’s portrayed in the figures through the metal.

“I went to visit my grandma a lot in a care home and looking at the other people there you see them in their chairs. That’s why I’ve put them in a corner to create a domestic environment. A lot of them just sit there and there’s not a lot of activity in their life anymore.

“The reflecting steel depicts the fleeting nature of the mind within a dementia sufferer, the viewer sees their own reflection in the fragmented pieces of metal, and as they move past the reflection’s gone. It’s about the sense of reflection as well, you can recognise yourself within the reflection of the figures, but the minute you move it’s gone.” 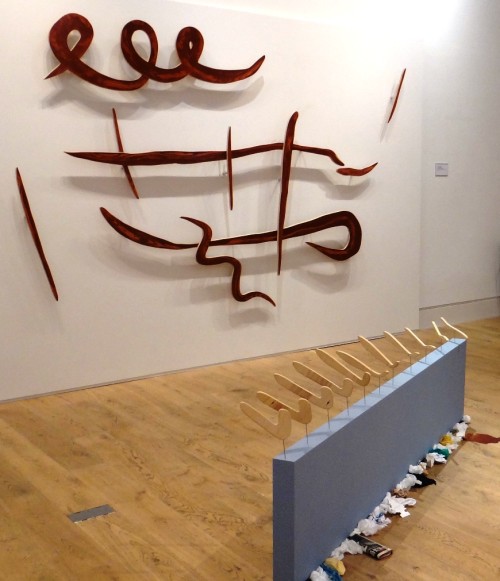 Then in Chloe Aretha Burdett’s installation what I took as calligraphy is in fact a doodle blown up laboriously created wood-grained effect and heavily varnished 3D piece. Alongside this is a pair of ‘stone-carved’ Nike trainers that interested Burdett as a recognisable brand but not with any kind of political or anti-consumerist intent. Her third display, Yes Yes Yes, is a formal plinth which crushes Dadaist detritus with the three as a whole being totally intriguing, if deliberately ambiguous.

The standard of the four students’ work hits a high bar and I’ll leave it for you to visit to make up your own mind as to the deserving winner.