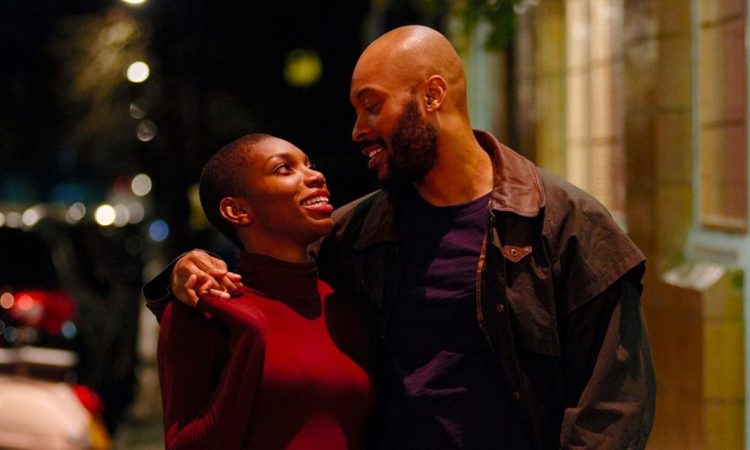 BEEN SO LONG, Tinge Krisnan’s musical drama set in Camden Town, is so relevant it shines, says LOUIS HELLEN…

Netflix production Been So Long, directed by doctor turned film-maker Tinge Krisnan, attempts to do for its majority black British cast what La-La-Land did for frustrated white jazzers. Somehow it feels so relevant it shines.

Based on the stage musical of the same name, Krisnan’s London-set drama features a commendably strong female presence. The story of single-mother Simone (Michaela Coel) as she rediscovers love with likeable, ex-con Raymond (Arinze Kene), this is a warts and all portrayal of romance however.

Opening number Love captures all the vibrant spirit of Camden Town, saturating it with colour  and setting the tone for what follows. Any musical is only as strong as its songs, however, and Been So Long largely delivers: This Fire Ain’t Going Out is punchy and upbeat, while Been Too Long is slower and sombre, as befits the storyline’s more dramatic moments.

All the performances are outstanding and feel believable – if you allow for the occasional touch of exaggerated musical expression – but there is genuine chemistry between Simone in her interactions with Yvonne (Ronke Adekoluejo) and Raymond. George Mackay’s Gil is also worth a mention: an enigma wrapped up in a villain, his is a journey, shown through movement and dance, which might surprise you.

Been So Long the must see film for anyone who loves a little romance and comedy with their music and dance. So that’s everybody, right?!

Been So Long is currently streaming on Netflix.