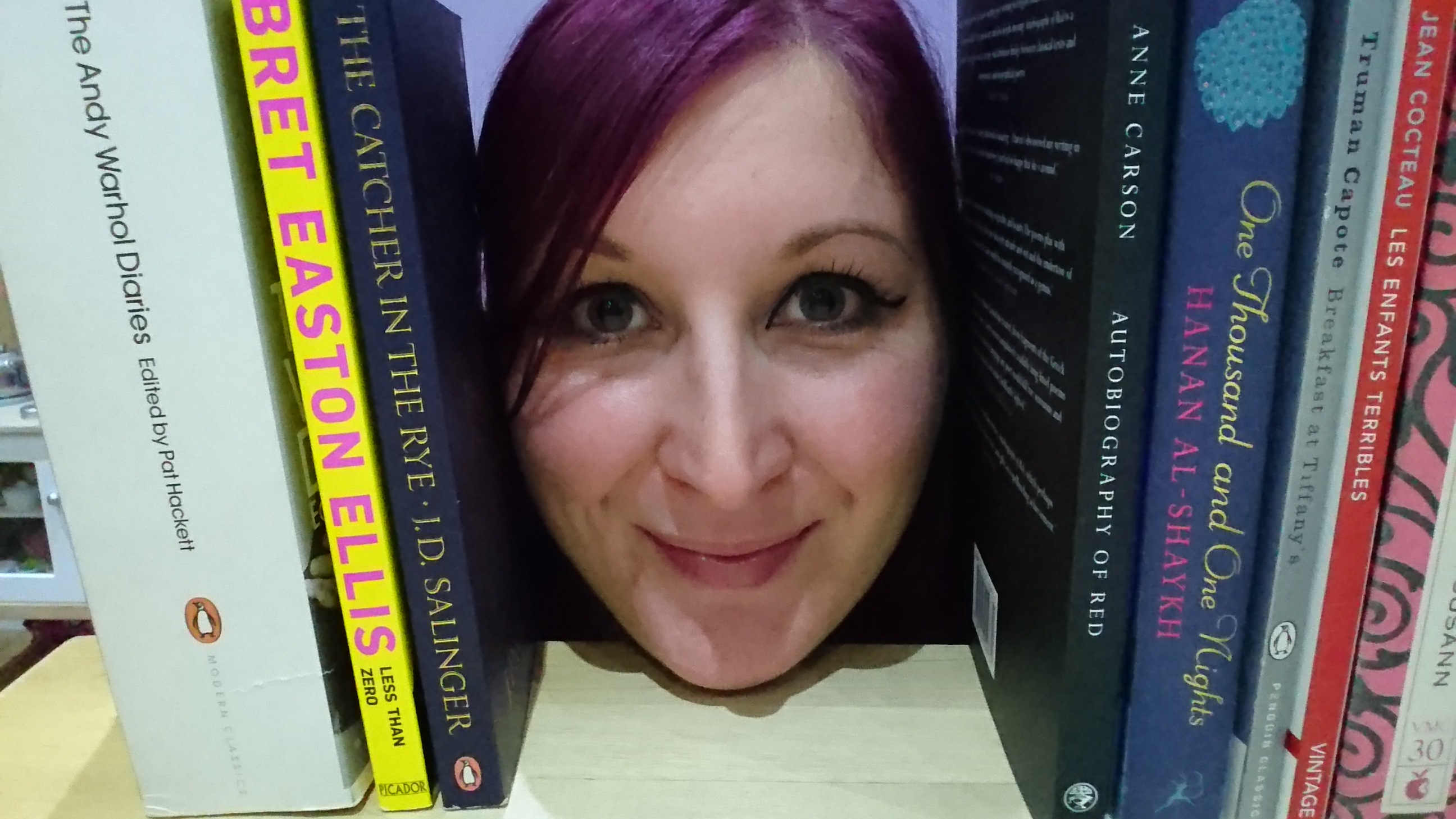 The novelist Linda Grant wrote the marvellous “I murdered my library” to tell the story of how, when she downscaled to a smaller property, she had to begin the agonising process of letting go of some of her considerable collection of books.

I am not a lover of ornaments or knick knacks. My house is decidedly minimalist with one exception; books. Books, books, books and films. If the house was on fire I can think of some books I would consider liberating from my shelves first before getting myself to safety. Needless to say I have often wondered if the Kindle was invented and named as a result of someone losing their book collection in a fire…

My earliest memory of an OCD compulsion was at the age of 9 after my Mother remodelled my brother’s bedroom in order to move me into it so he could share my old bedroom with my new baby brother. It was a glorified cupboard with a tiny alcove for a single bed with a built in bookcase/nightstand and I couldn’t sleep for wanting, needing to arrange my books on those shelves. I was eventually discovered by my mother in the early hours of the morning, sat in my nightgown with my nose buried in Brian Jacques’ Redwall, leaning against my new shelf of books.

Skimming through my Good Reads profile (933 books read and rated at time of writing) there are plenty of books I’ve rated as 5 stars which I appreciated as great works of fiction, as the first of their kind in a genre or as otherwise Very Important Books which other than for their obvious intellectual appeal, I wouldn’t necessarily read again.

Then there are some books which I truly love, books which have shaped me somehow as a person, books which helped me through a tough time, or have just become a part of my soul by being so utterly, enchantingly gorgeous to read that I have returned to them time and again. It is this sort of book that inspired Shelf Life, a series in which Culture Vultures encourage their collaborators to discuss their own book shelves and which books they cherish above all.

As a child (which I arguably can no longer consider myself to be) my favourite stories were full of magic and adventure. From the twee Enid Blyton and Beatrix Potter stories to the somewhat graver CS Lewis to the funkier Roald Dahl I read all the usual suspects. I still adore The Moomins and Madeline but having a child of my own has led to a curious sense of time travel as I rediscover long forgotten classics such as Paddington. My absolute favourite children’s chapter books I continued to reach for through my teens and into adulthood; Alice in Wonderland, Peter Pan, Winnie The Pooh, The Borrowers. Even books that made me strive to be a nice, kind girl like A Little Princess, Anne of Green Gables, What Kady Did, Pollyanna and Ballet Shoes I still love to read now.

I continue to discover modern children’s fiction, unashamedly reading the fabulous Harry Potter series and Philip Pullman’s His Dark Materials Trilogy and I retain my love of the magical by seeking out stunningly beautiful adult books like Catherynne Valente’s Fairyland series and Erin Morgenstern’s The Night Circus. Combining the magical with humour are the glorious Neil Gaiman, Robert Rankin, Terry Pratchett and my beloved friends Lisa Mantchev and Bob Simms who are cut from this same sparkly cloth.

I am a simply massive Sherlock Holmes fan but the only other detective and sidekick dynamic stories I have re-read are Patricia Cornwell’s (admittedly weakening with every new book now like the copy of a copy of a copy – oh how I love a bit of Palahniuk) Scarpetta series and John Grisham’s courtroom based dramas. Oh and the excruciatingly guilty pleasures that are Dan Brown books.

I am however attracted to stories set in exotic places and have recently been reading a lot of perfectly dreamy books written by African or Indian authors like Jhumpa Lahiri, Chitra Banerjee Divakaruni and Chimamanda Ngozi Adichie, so immersive that I practically sneeze at the spices drifting from the pages. Likewise I have read hundreds of books similar to The Language of Flowers because I find the historical meanings and uses of herbs, flowers and spices completely fascinating. I have a large collection of books about teas and their healing properties. With all this magic, perhaps in a past life I was a witch?

There are some books written in a style so unlike anything else that I cannot help but love them fiercely. Andrew Kaufman’s The Tiny Wife and All My Friends are Superheroes, Deborah Kay Davies’ Reasons She Goes To The Woods, Francesca Lia Block’s Weetzie Bat books, literally every miraculous word that Dan Rhodes and Sue Monk Kidd have ever written, Aimee Bender’s The Peculiar Sadness of Lemon Cake, Wei Hui’s Shanghai Baby, Karen Fowler’s We Are All Completely Beside Ourselves, John Connolly’s The Book of Lost Things. I read them again and again and again and press them upon friends as gifts.

My sense of humour and general way of speaking or even writing has definitely been influenced by the irreverent voices of Dorothy Parker, India Knight, Jane Austen and her modern equivalent Helen Fielding (though please never inflict upon yourself the screamingly awful third Bridget Jones book.)
From growing up in the digital age, I take especial delight in books written to reflect the different formats that the characters communicate in such as Megan Cabot’s very silly series set at The New York Journal which is full of texts and emails and diary extracts rather than conventional prose, or Allison Pearson’s I Don’t Know How She Does It full of lists and a stream of consciousness which reflects the busy working parent protagonist.

I reach for local authors like Dorothy Koomson, Freya North and Joanne Harris when I want to just sit in the bath and float away without having to think too hard. These escapism books I cherish every bit as much as my beloved and well thumbed collection of Forster, Murakami, Hemingway, Fitzgerald, Plath or Flaubert which take a little more concentration to read.

In terms of life-altering books, Rebecca Wells’ The Divine Secrets of The Yaya Sisterhood made me love my mother even more than I had previously thought any person had the capacity to love another person and definitely helped me put some wounds that needed healing into perspective. I am now on my third very worn out copy of this book, held together with tea-stains, tears and a very tattered spine.

I mentioned in my last post, a review of Una’s Becoming Unbecoming, that I have one shelf groaning under the weight of books about Feminism or Sexuality. With a Mother and an Aunt who worked in Waterstones, books were in plentiful supply growing up. When I in turn worked there in my teens I read Erica Jong, Betty Friedan, Nancy Friday and Anais Nin. I gobbled up Germaine Greer, Simone De Beauvoir and Susan Faludi in my twenties. The older I get and the more Feminism evolves, the more I want to learn and I have added Caitlin Moran, Cordelia Fine, Hadley Freeman, Kat Banyard, Brooke Magnanti, Natasha Walter, Laura Bates, Malala Yousafzai, Chimamanda Ngozi Adichie, Bridget Christie, Laurie Penny and the brains behind The Vagenda: Rhiannon Cosslett and Holly Baxter to my shelf.

I am currently sat on the floor amid stacks of books and I haven’t even touched upon comics, graphic novels, poems or diaries, biographies and autobiographies so I think it’s time to leave it here for you to tell me about your own literary pathways whilst I delve into Patti Smith’s Just Kids.