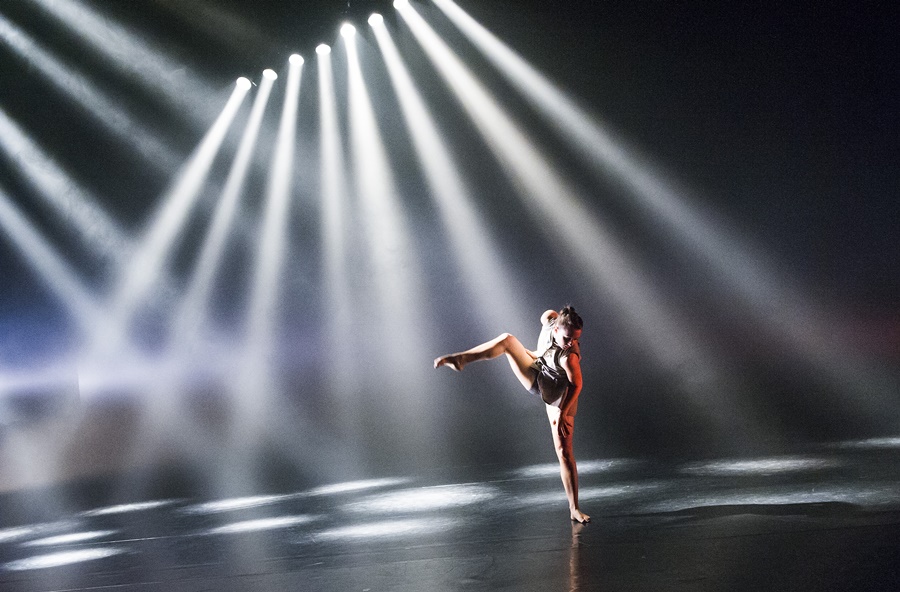 In the year 2000, Artistic Director Sharon Watson, created an outstanding work named Melt. Phoenix Dance Theatre have included this piece in their Triple Bill for 2016 to commemorate the company’s 35th anniversary.

Melt is based upon the elements and how they continually change and present themselves visually. The dancers are all dressed in white costumes, the stage lighting continually changes giving a mood to the piece and the deep beat (from Wild Beasts)  draws the audience in. The use of trapezes and positioning see the dancers working together as a whole. This gives Melt a certain edge, making the piece exciting with a fluid contemporary feel of contract and release.

The second piece is Undivided Loves by Adriano Adewale. This is based on Shakespeare’s 400th anniversary (specifically his Sonnets). Kate Flatt uses three dancers in her work, two men and one woman. There is a folk lore feel to the music and words, the lighting is quite dim. The piece opens with a man, laid on a bed reading. A woman enters and there is a pas de deux for approximately 15 minutes. Though Shakespeare married and had children, there has been a question over his sexuality. Adding the third dancer, a man, could be questioning or stating this. The Tempest, Act II, Scene II, quotes, ‘Misery acquaints a man with strange bedfellows.’ It could be that Shakespeare would be with a man if a woman wasn’t available. Perhaps he was bisexual. The pas de deux with the men together is as passionate as the one with the woman.

The last piece, reinvented, Until.With/Out.Enough, is choreographed by Itzik Galili. As the dancers come on stage, they take their positions, which make their bodies look alien. They work with open, angular postures. Legs in second, pushing up, arms bent back, swinging in a straight movement. When all the dancers are on stage, there is a sea of khaki green costumes and a sense of an army with the dancers working together travelling across the floor in unison. The piece is an abstract look into the recesses of the mind. This is a piece that digs deep into the human psyche.