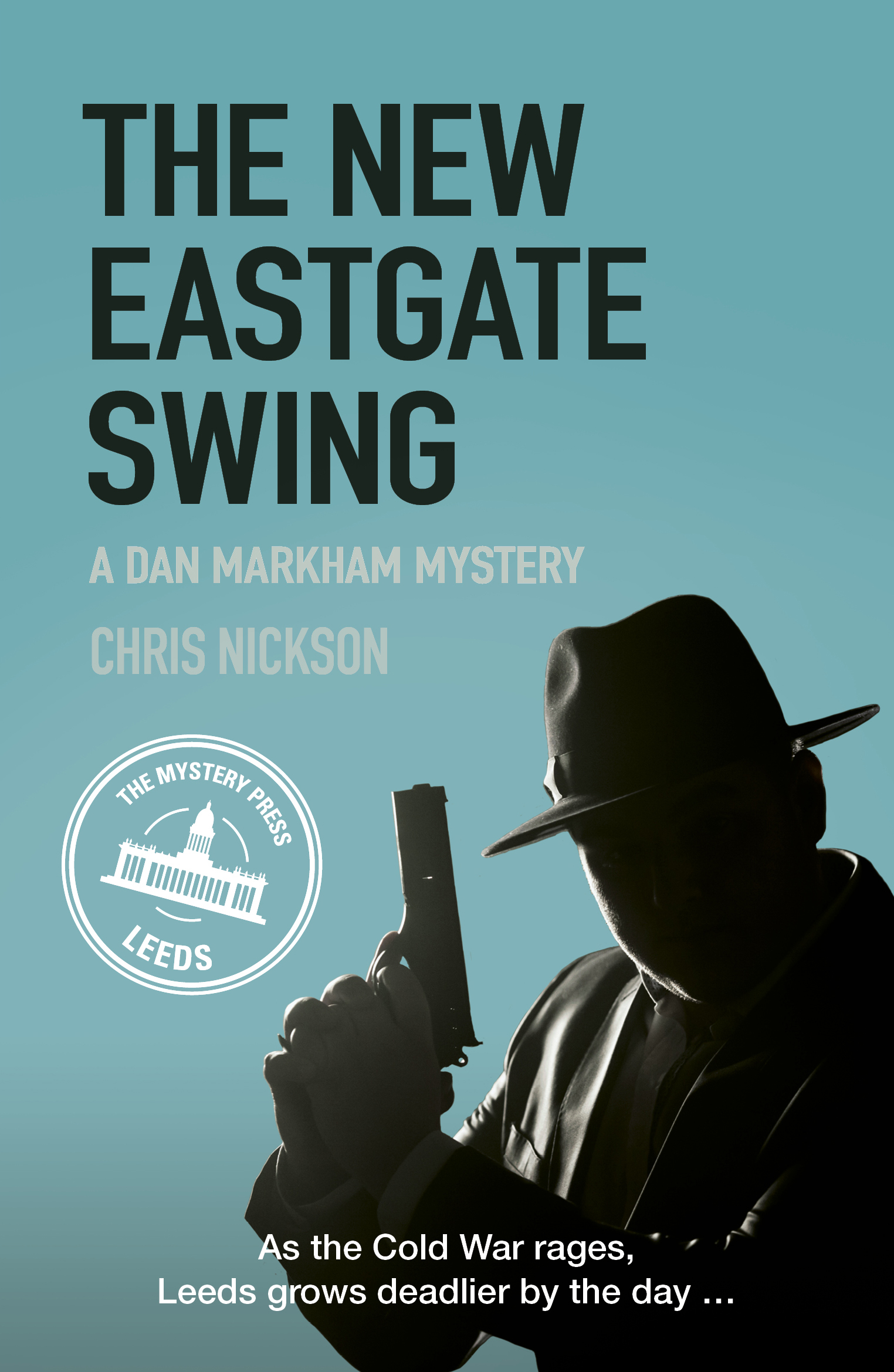 “Leeds, 1957: When enquiry agent Dan Markham and his new partner, retired Detective Sergeant Baker, take on a missing persons case, a simple matter turns into a murder investigation when a body is recovered from the River Aire.
Nothing is what it seems. The dead man is an East German. A defector or spy? Following a string of mysterious deaths the investigation takes a deadly turn as the pair try to track down a ruthless Russian assassin and Markham finds himself dragged into the heart of a Cold War — in Leeds.”

Following my last review for Chris Nickson’s Tom Harper Novels, he was kind enough to send me The New Eastgate Swing, sequel to Dark Briggate Blues which is part of his Dan Markham series. The book launched in February of this year and is every bit as thrilling as his others. Chris writes with such gusto, pouring his immense knowledge and passion for Leeds into every story he brings to life and I love his clever fusion of history with fiction. I had no idea that Leeds ever had a Jazz club but Bob Barclay was indeed a real person and I really enjoyed the way the story is accompanied by the music that the characters listened to. I heard strains of it with every sentence.

Unlike Tom Harper, who works for the police, Dan Markham is an enquiry agent (a private investigator) which introduced a new element, having a bit more freedom to get the job done by any means necessary! Unlike the glamour of 50s American crime, Leeds is still Leeds though and aside from some snatches of fantastic period fashion creeping in, that raw realism that makes Chris such a great story teller is still present. I loved exploring the tunnels beneath the city and imagining eating at the cafe on the balcony of the market and as I walk the streets with my son I am forever looking around at what each building used to be. Thank you Chris for another great story!